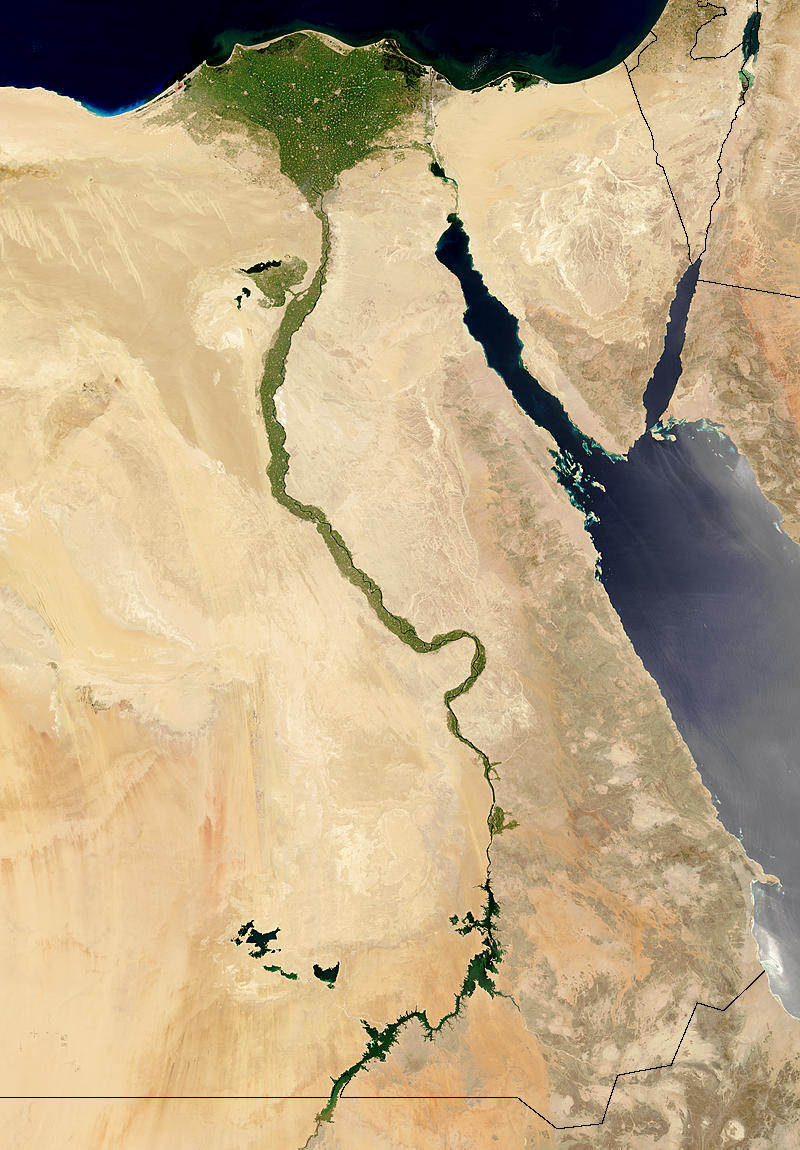 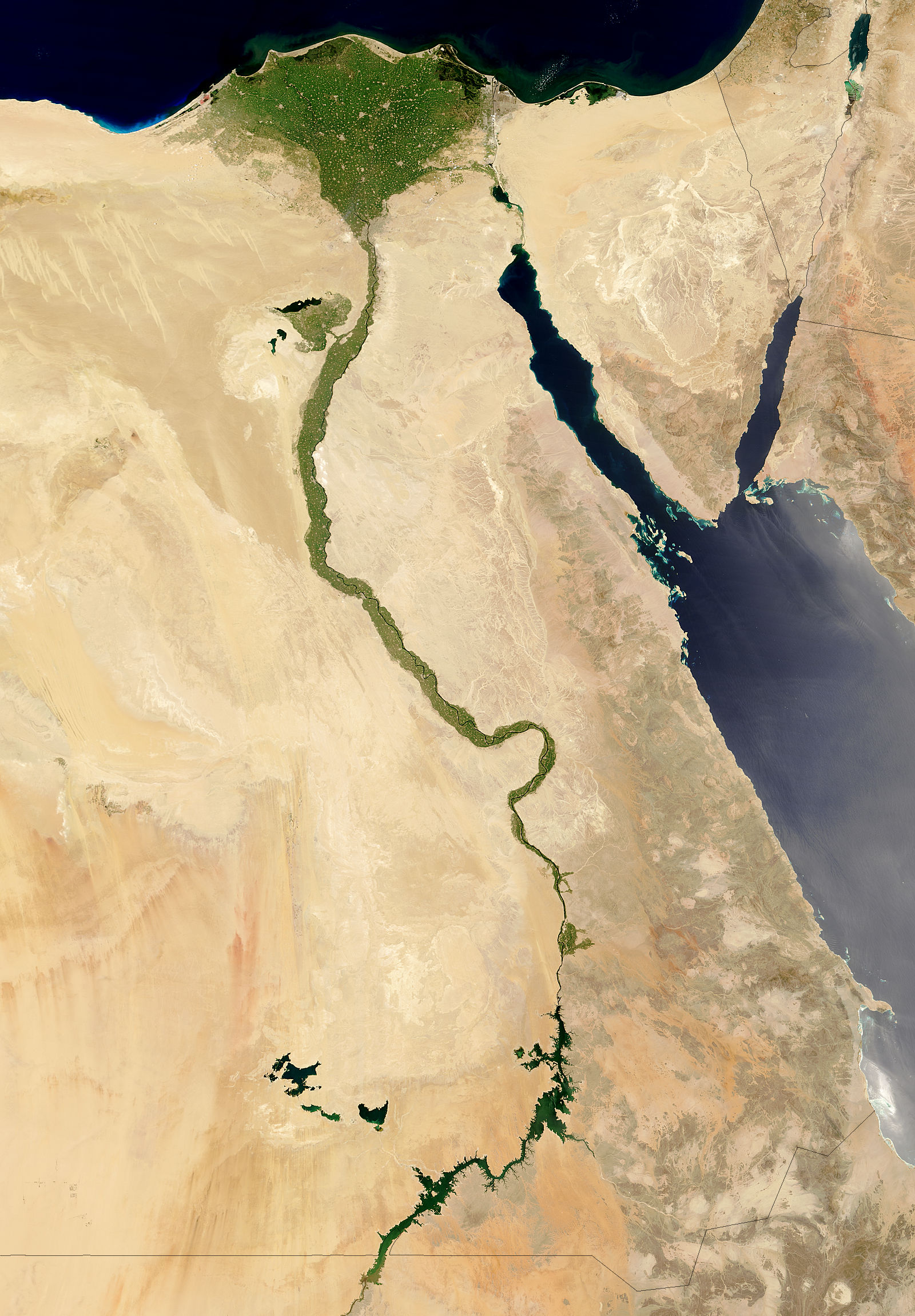 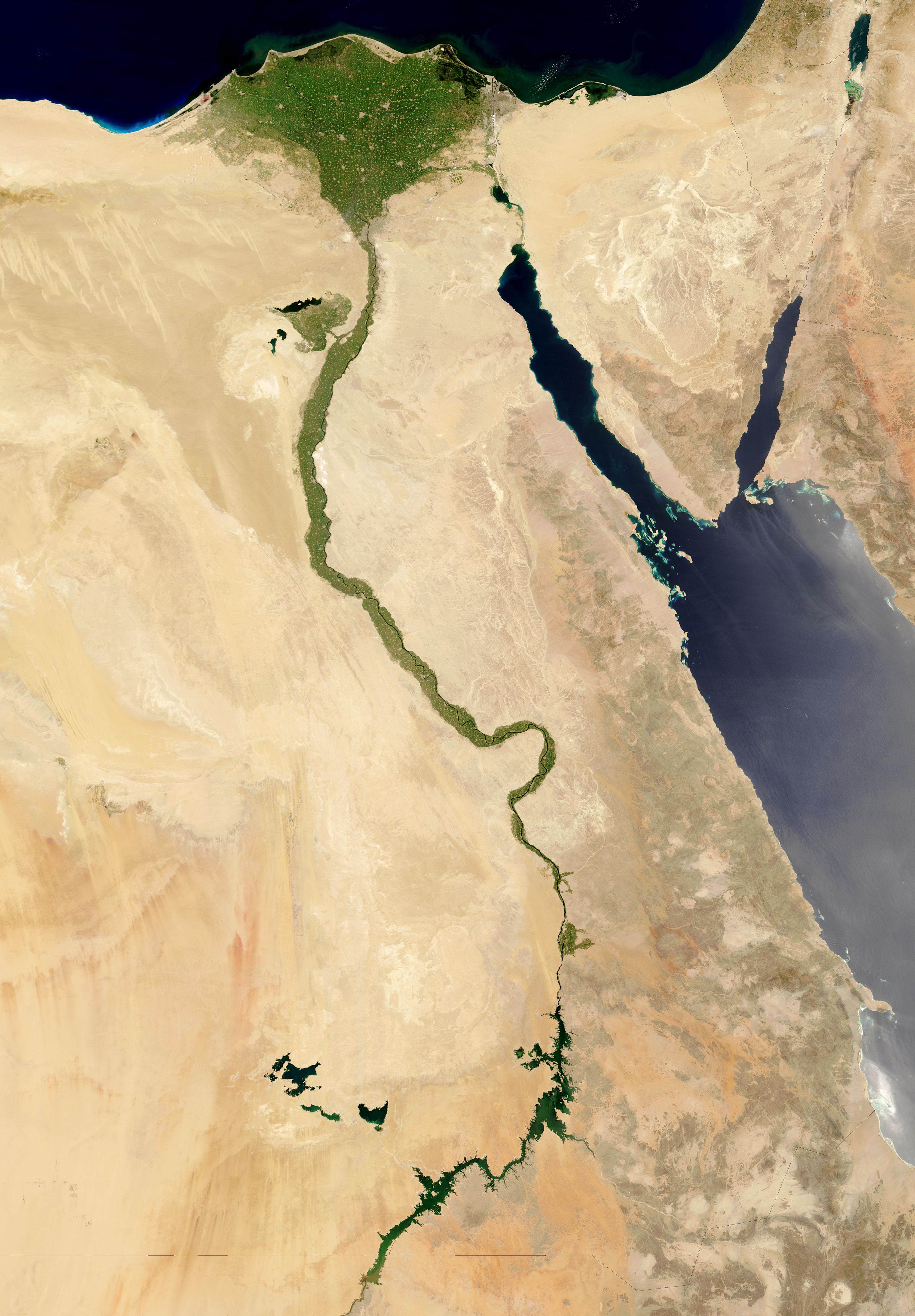 Rich green vegetation lines the fertile banks of Egypt’s Nile River, culminating in the green fan of the river’s delta. The contrast between the green around the river and the surrounding tan of the northern Sahara Desert makes the river easy to see in satellite image such as this one, acquired by the Moderate Resolution Imaging Spectroradiometer (MODIS) onboard NASA’s Terra satellite on July 19, 2004. To the left of the Nile is the Red Sea, with the finger of the Gulf of Suez on the left, and the Gulf of Aqaba on the right. In the upper right corner of the image are Israel and Palestine, left, and Jordan, right. Below Jordan is the northwestern corner of Saudi Arabia. Sudan lines the bottom of the image below Lake Nassar, a reservoir formed by the Aswan Dam on the Nile.