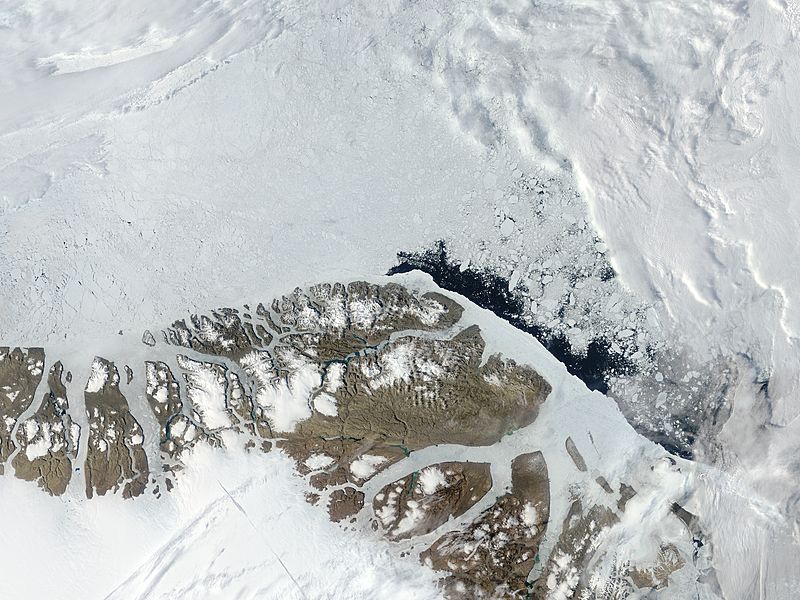 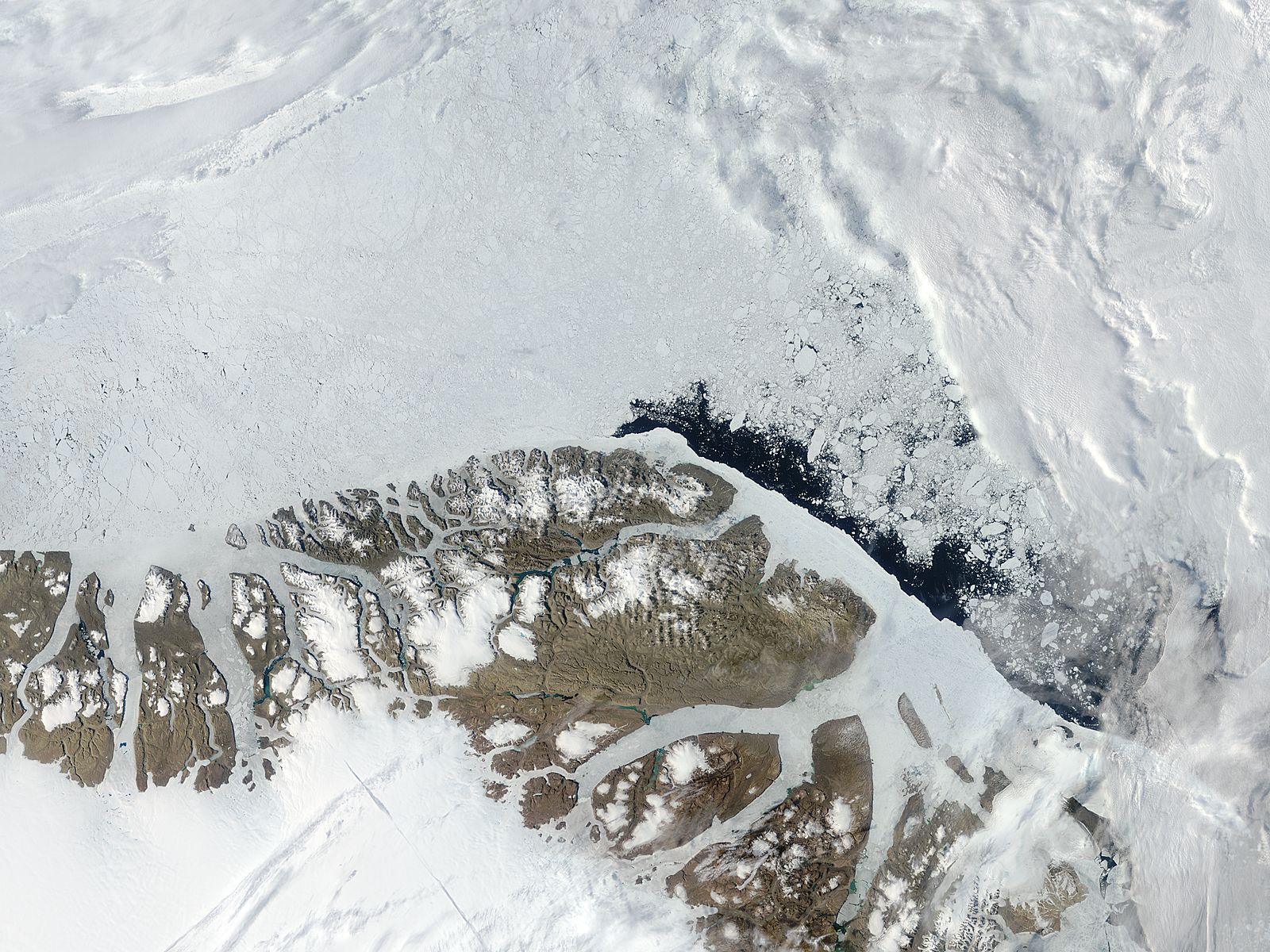 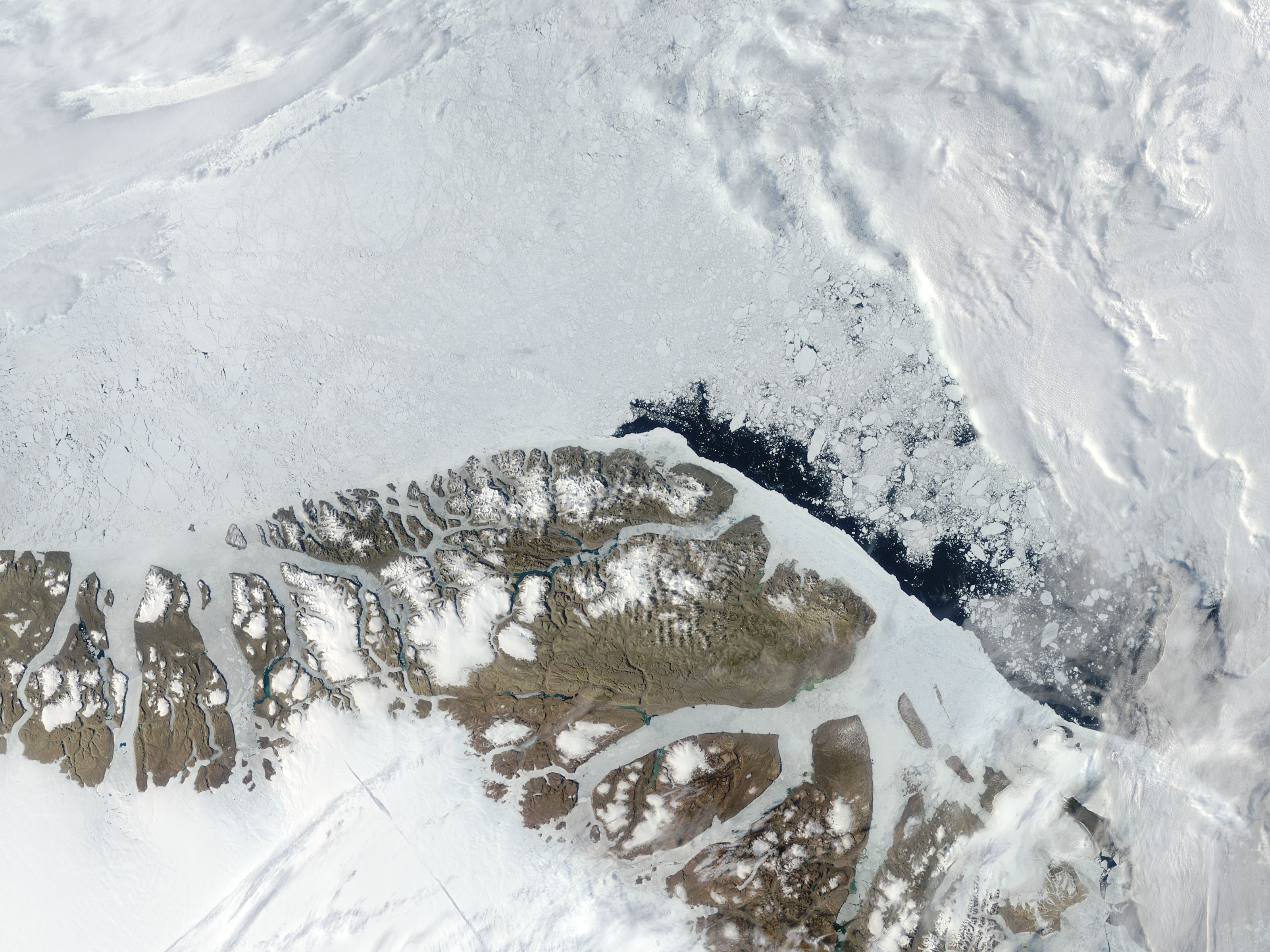 Summer in Greenland provided this cloud-free view of the island’s craggy northern shores. Though ice was still present in the Arctic Sea on July 26, 2004, when the Moderate Resolution Imaging Spectroradiometer (MODIS) on NASA’s Terra satellite captured this image, the ice appears to be breaking up, and a dark finger of clear water is creeping around the east of the island, right. It is in these icy waters that the northernmost point of land in the world is located. The tiny island that bears this designation is too small to be seen in this image, but it is located north of Peary Land, the tan-colored arch of mainland Greenland extends north of the rest of the island.