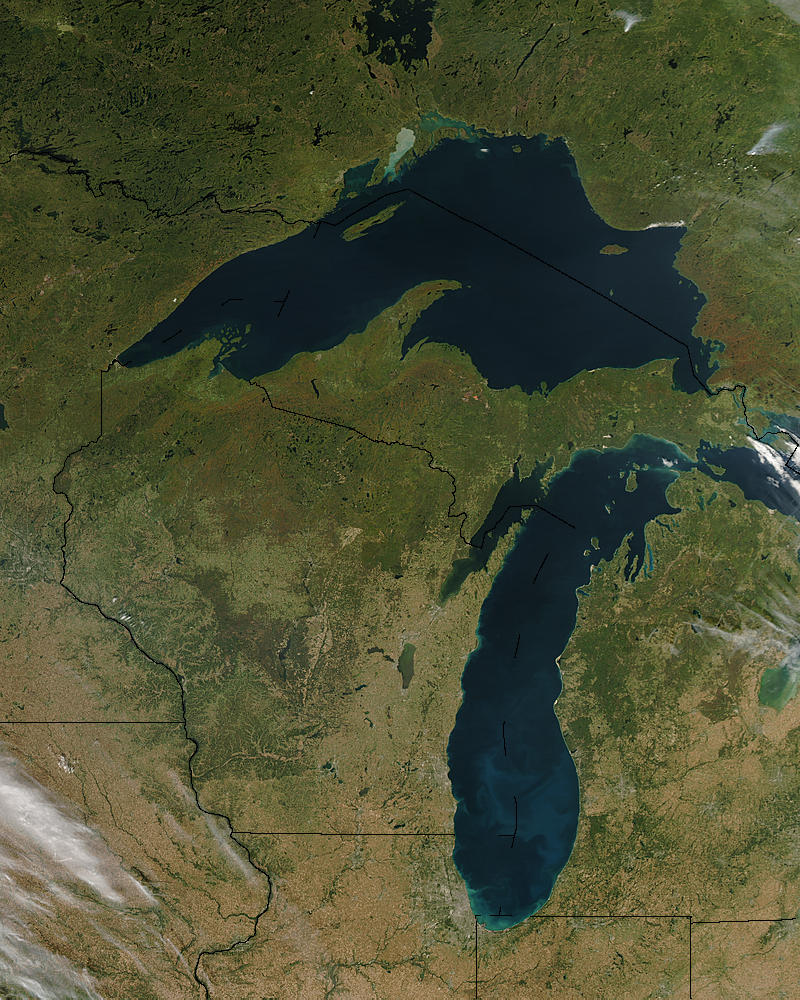 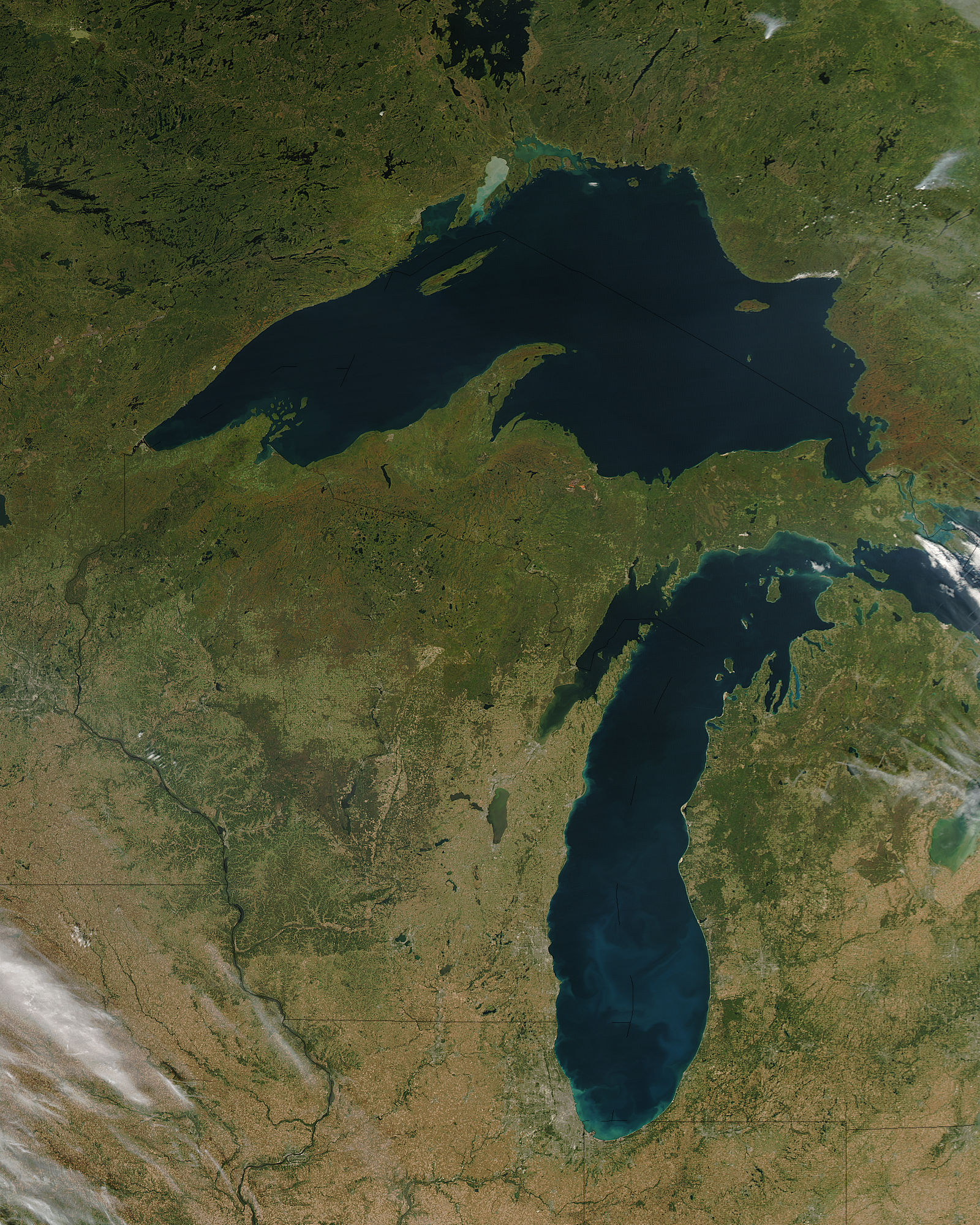 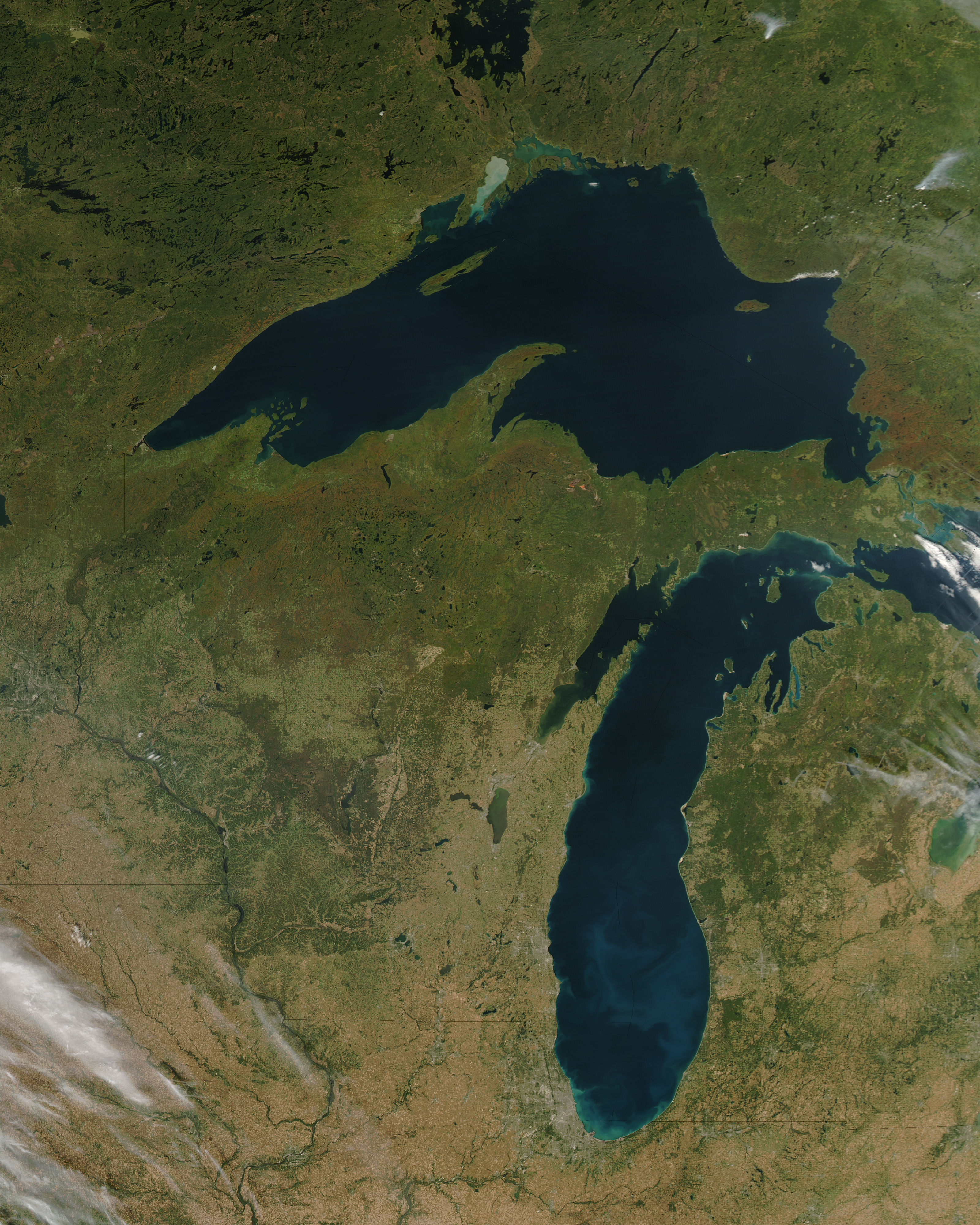 Fall colors around the Great Lakes

Every year, fall brings a wash of color to the northern states. This pair of Moderate Resolution Imaging Spectroradiometer (MODIS) images shows just how fast the change can occur. In the image from October 10, 2004, acquired by the Terra satellite, the foliage around Lake Michigan and Lake Superior has turned golden brown and orange. Just four days earlier, on October 6, 2004, the Aqua satellite captured a similar scene where the leaves have only just started to change. The transformation is most noticeable along Superior’s southern shore, where the leaves have turned a brilliant orange.

Meanwhile, a small swirl of pale blue color snakes through the waters of southern Lake Michigan. This swirl is likely formed of calcium carbonate drifting up from the lake’s limestone bed. These swirls are more pronounced in warmer weather, when they form what is called a whiting event.

Temperatures in the region have just begun their annual descent, and eventually will fall low enough that ice will start to form on the surface of the lakes. Temperatures will be coldest throughout January, February, and March, and the ice will be thickest toward the end of those months.