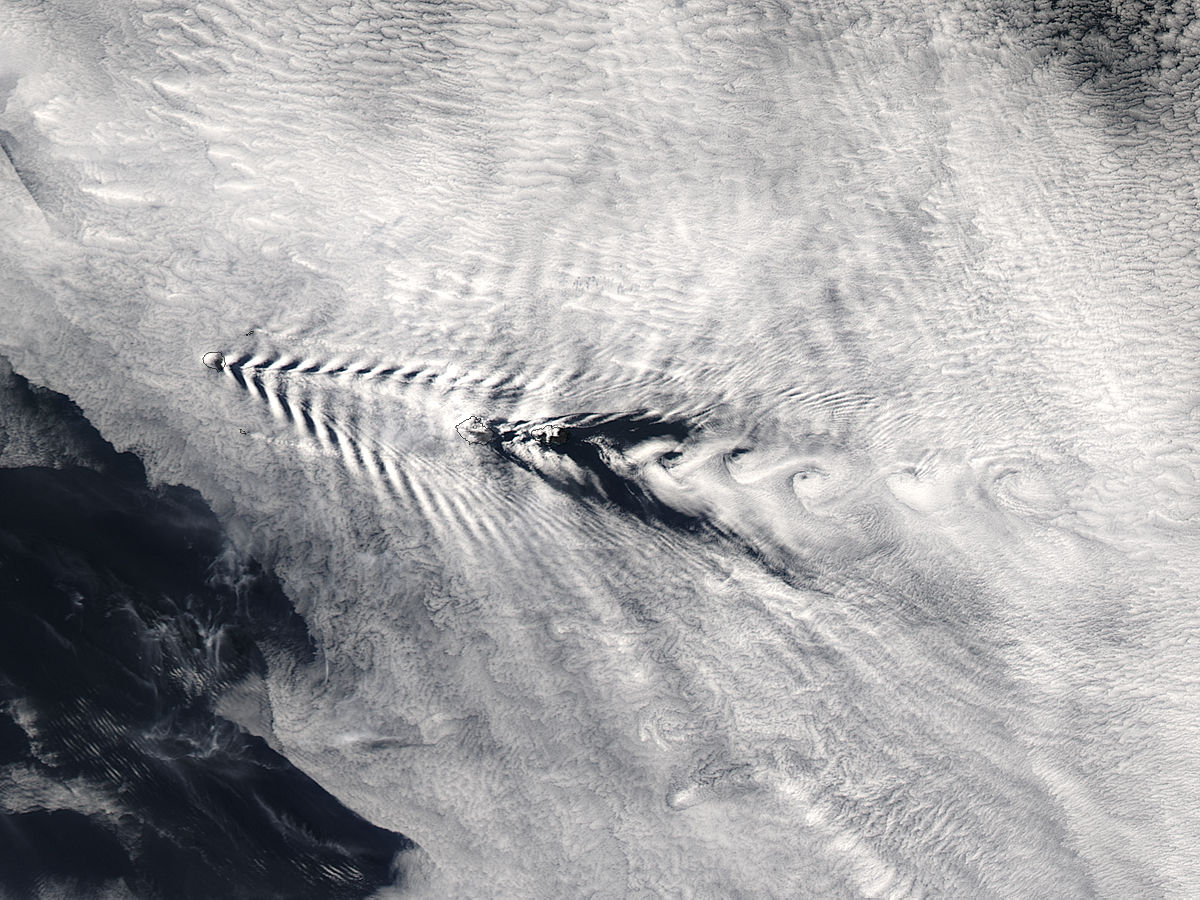 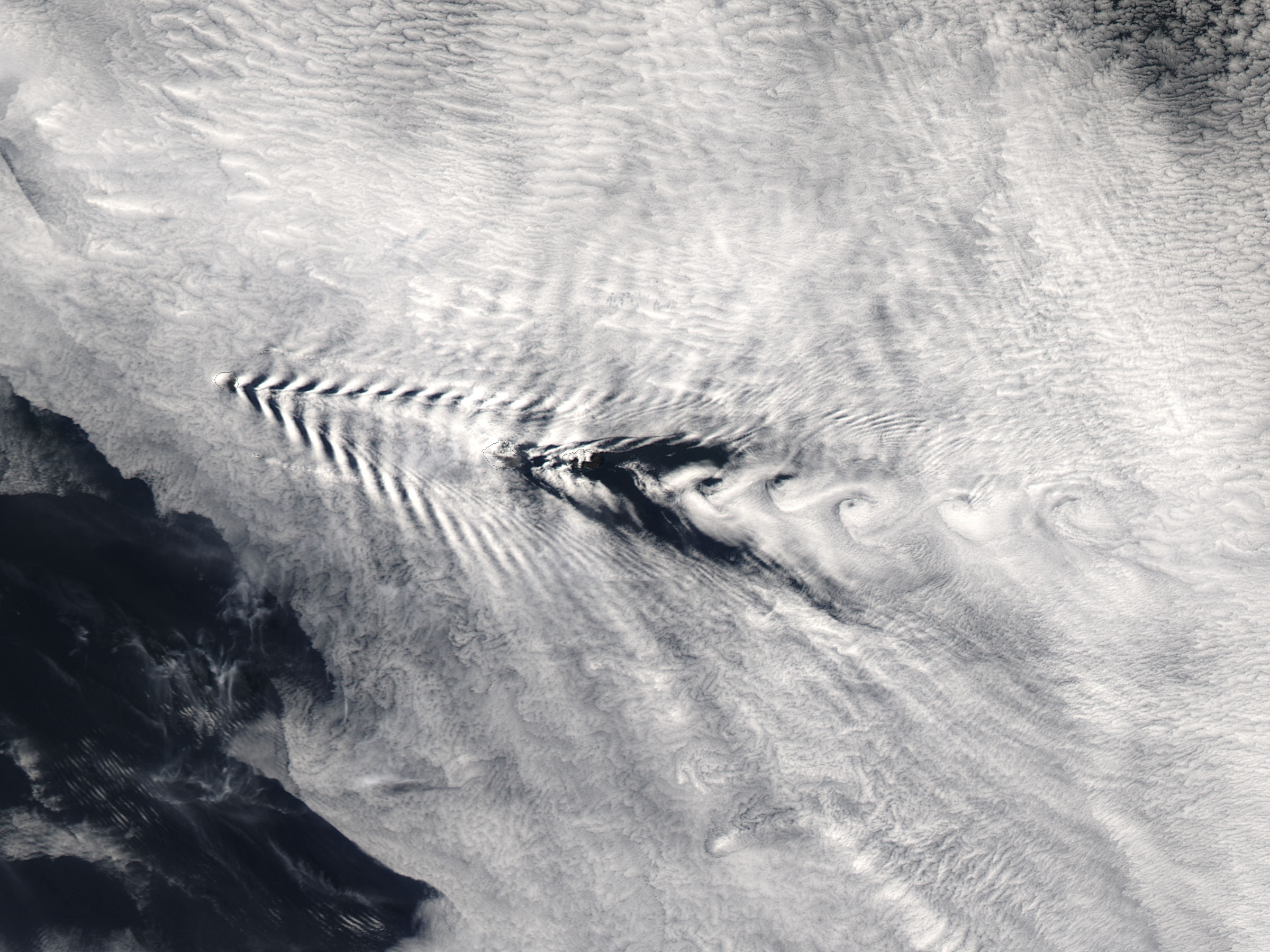 In the wake of the Crozet Islands in the southern Indian Ocean, disrupted air masses have formed patterns in the clouds. This pattern is similar to that seen when eddies form in water running over a pebble on an otherwise smooth surface for much the same reason. In this case, air that had been flowing smoothly over the ocean’s surface is disrupted by the islands, and the clouds, controlled by air currents, have assumed the shape of the disrupted air. Two distinct patterns have formed in the clouds. In the west, left, the clouds have taken a “V”-shaped pattern called ship-wave-shaped wave clouds. To the east, center and right, cloud vortices swirl delicately behind the last of the islands.