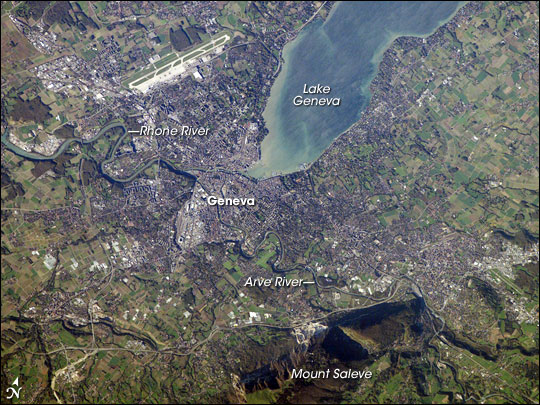 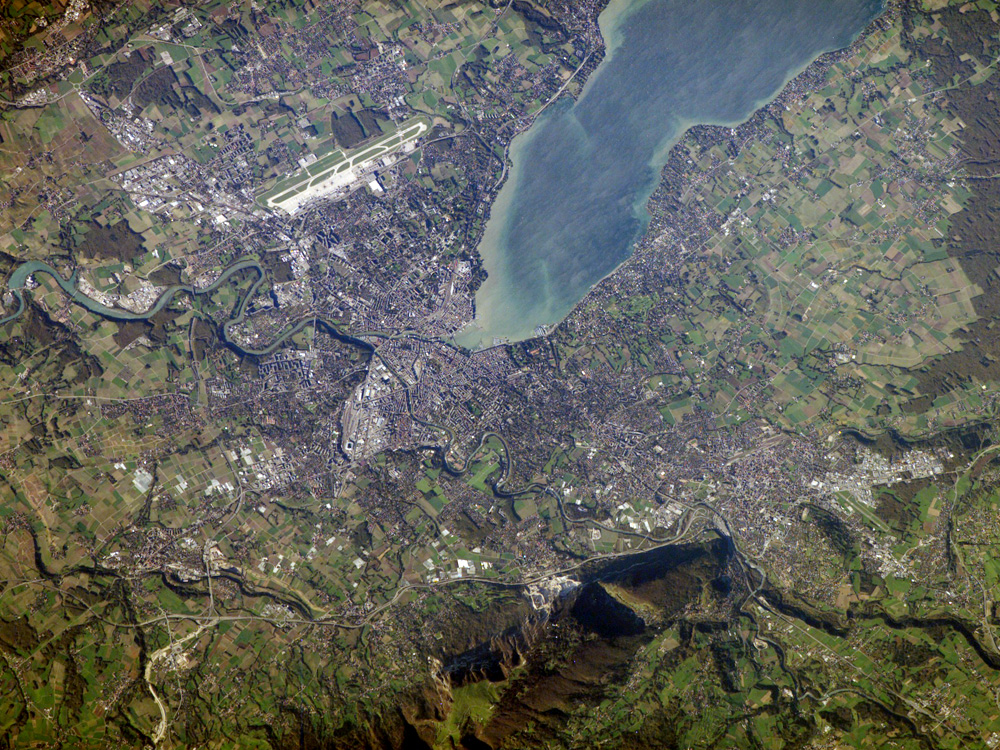 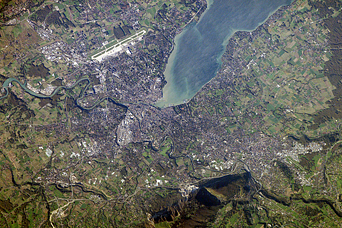 The city of Geneva embraces the southern end of Lake Geneva (also known as Lac Léman). Geneva is tucked between two major mountain ranges, the Jura to the northwest (not shown) and the Alps to the southeast. Mount Saleve, near the bottom of the image, represents the northern foothills of the range.

Astronaut photograph ISS014-E-7084 was acquired November 2, 2006 with a Kodak 760C digital camera using a 400 mm lens, and is provided by the ISS Crew Earth Observations experiment and the Image Science & Analysis Group, Johnson Space Center. The image in this article has been cropped and enhanced to improve contrast. The International Space Station Program supports the laboratory to help astronauts take pictures of Earth that will be of the greatest value to scientists and the public, and to make those images freely available on the Internet. Additional images taken by astronauts and cosmonauts can be viewed at the NASA/JSC Gateway to Astronaut Photography of Earth.