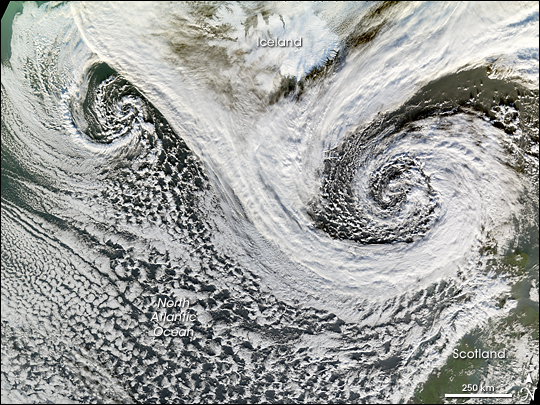 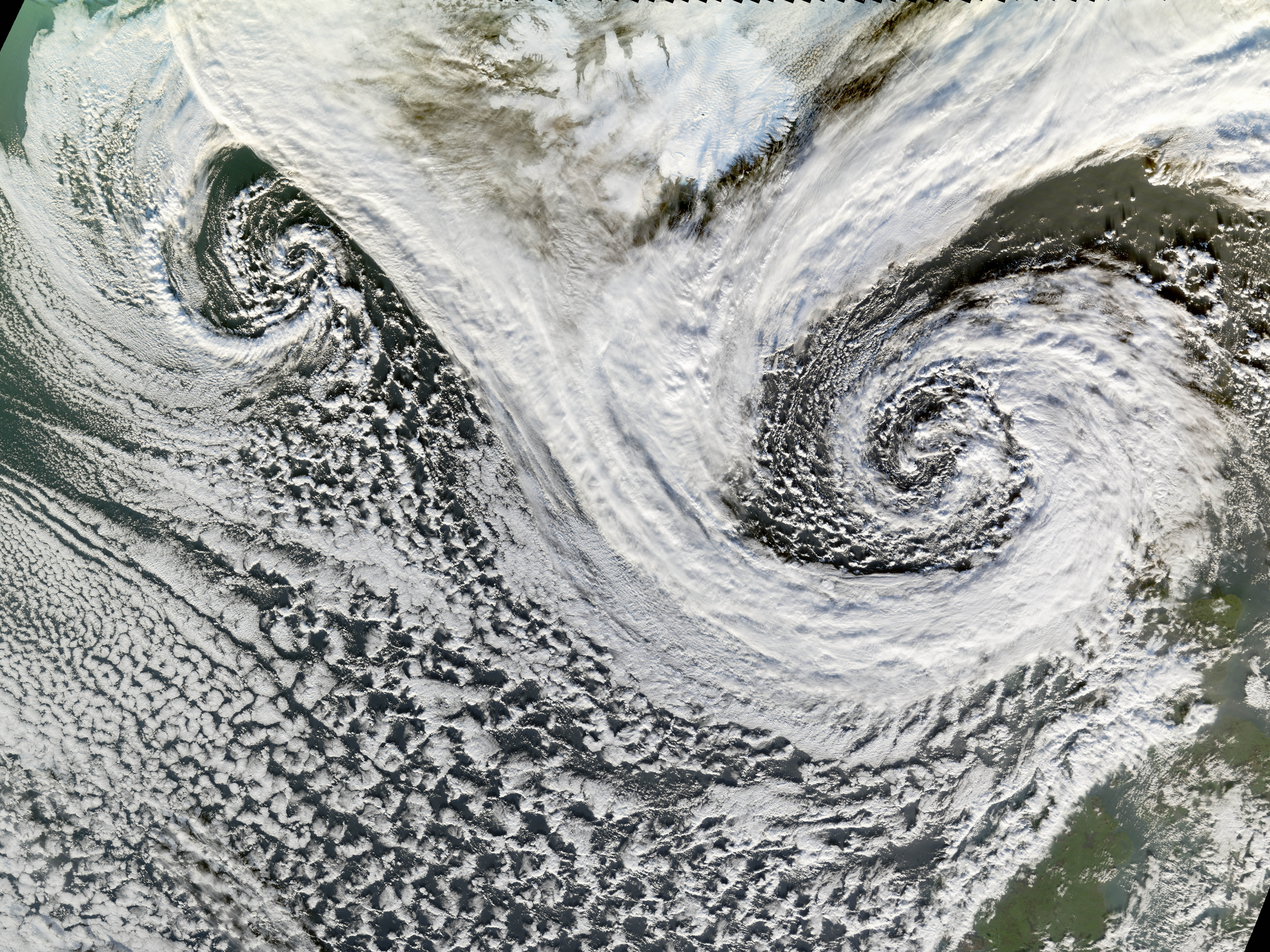 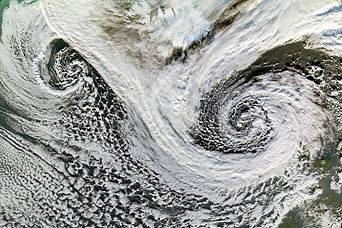 A cyclone is a low-pressure area of winds that spiral inwards. Although tropical storms most often come to mind, these spiraling storms can also form at mid- and high latitudes. Two such cyclones formed in tandem in November 2006 near Icealand.