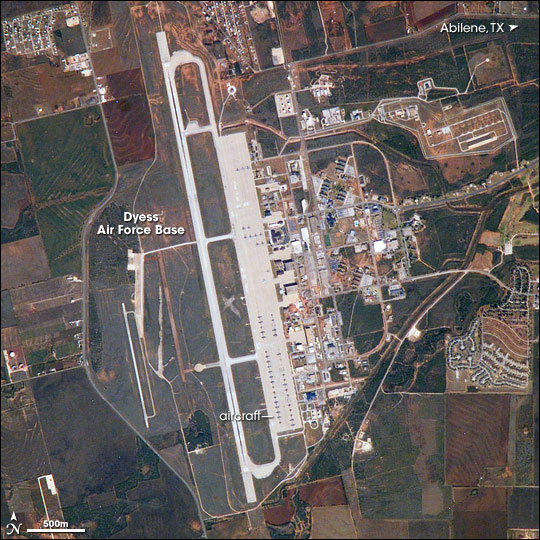 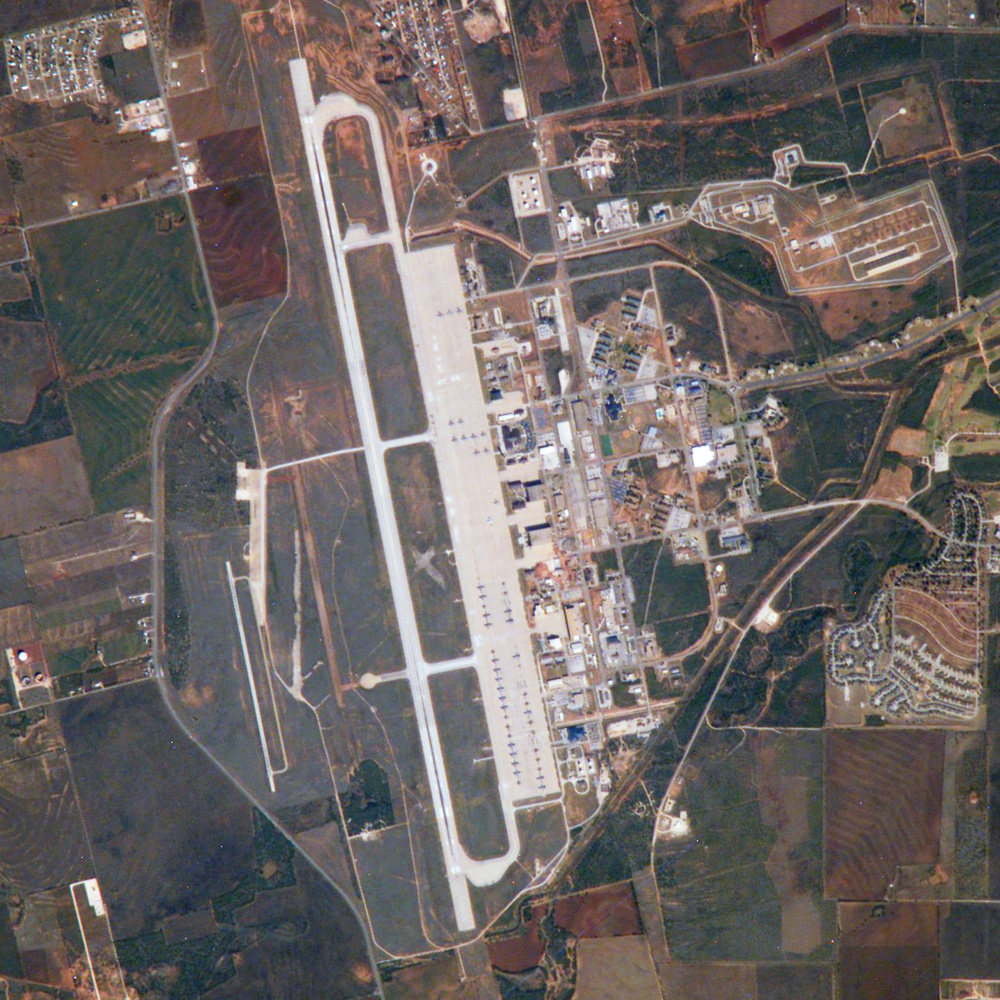 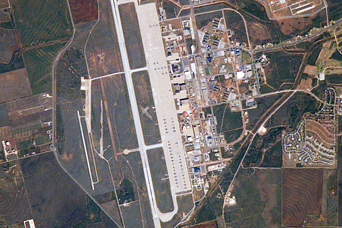 Dyess Air Force Base, located near the central Texas city of Abilene, is the home of the 7thBomb Wing and 317th Airlift Groups of the United States Air Force. The main runway is approximately 5 kilometers long, a distance that is necessary to accommodate the large bombers and cargo aircraft at the base. Many of these aircraft are visible in the image, parked in parallel rows on the base tarmac.

Astronaut photograph ISS014-E-7480 was acquired November 11, 2006, with a Kodak 760C digital camera using an 800 mm lens, and is provided by the ISS Crew Earth Observations experiment and the Image Science & Analysis Group, Johnson Space Center. The image in this article has been cropped and enhanced to improve contrast. The International Space Station Program supports the laboratory to help astronauts take pictures of Earth that will be of the greatest value to scientists and the public, and to make those images freely available on the Internet. Additional images taken by astronauts and cosmonauts can be viewed at the NASA/JSC Gateway to Astronaut Photography of Earth.