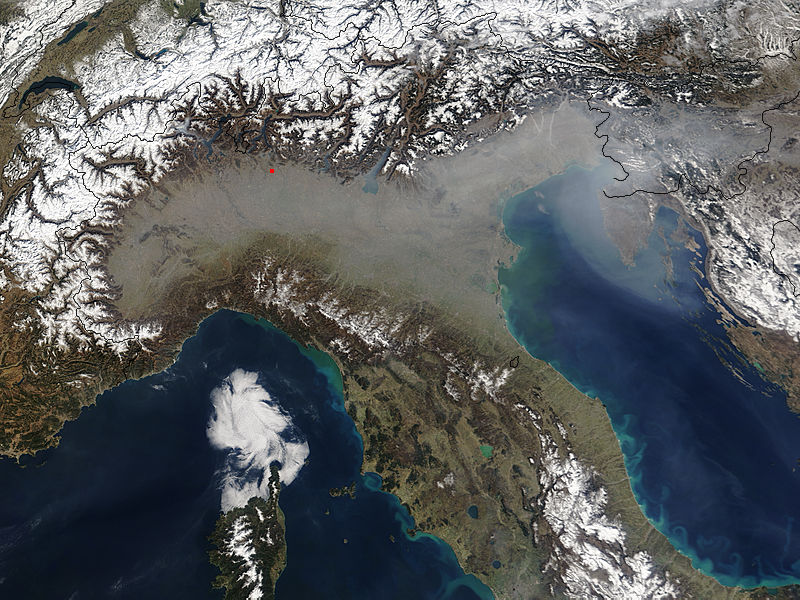 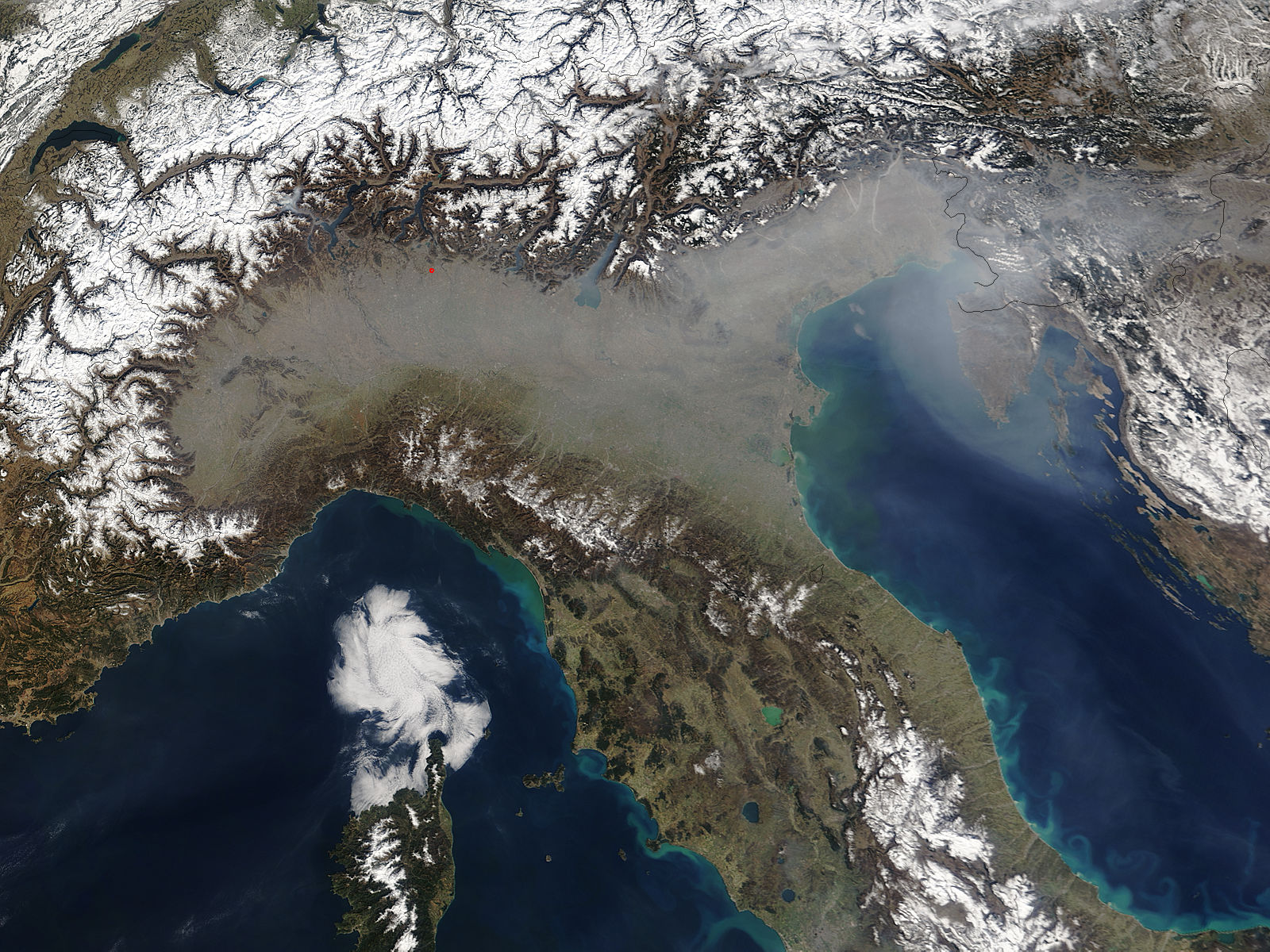 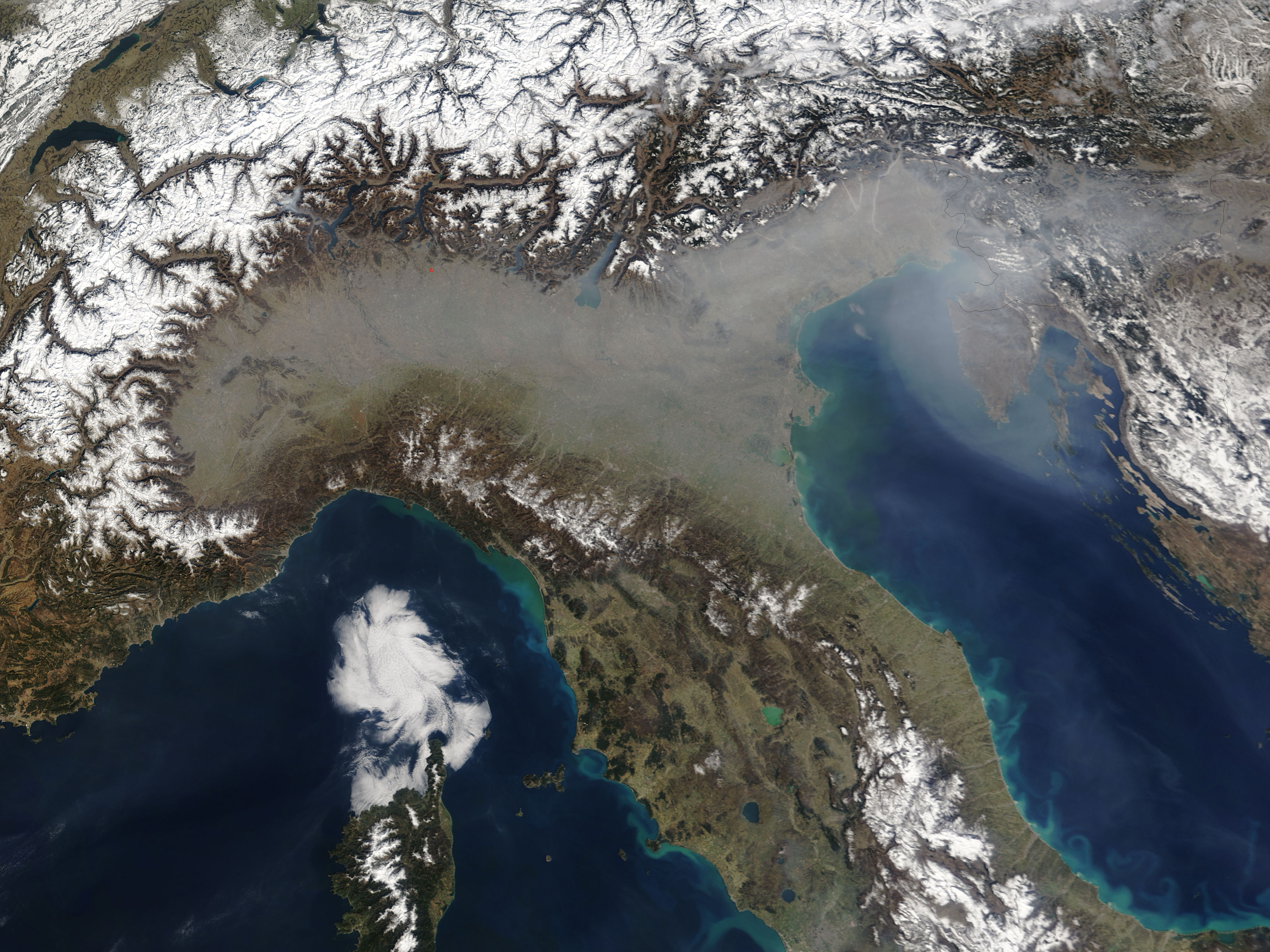 A grey veil of haze covers the Po River Valley of northern Italy and stretches out over the Adriatic Sea in this true-color Terra MODIS image from March 17, 2005. The snow-capped Alps to the north help to restrict air flow between northern Italy and the rest of continental Europe, meaning that air pollution in the northern part of the country often gets trapped and can take days to disperse. Many of Italy's major cities and industrial centers are located in this valley, further adding to the problem.

A lone red dot near Milan marks a spot where the MODIS instrument detected a heat anomaly (likely a small fire). Meanwhile, the "boot" of Italy is outlined in feathery turquoise curls that are caused by sediments in the water and/or microscopic marine organisms, such as algae and phytoplankton. In the case of sediment, the color starts out brown where it is most concentrated in the water, such as in the western part of the Golfo di Venezia, where the Po River drains. As the sediment disperses, the color of the water blends with the brown of the sediment to create varying shades of blue, green, and turquoise. In the case of microscopic marine organisms, light reflects off of the chlorophyll that they use to turn sunlight into energy. Like their land-based cousins, these tiny plants appears green in satellite imagery when sufficiently concentrated, and like sediment in the water, as they disperse their color and the color of the water mixes to create the variety of shades of blue, green, and turquoise.