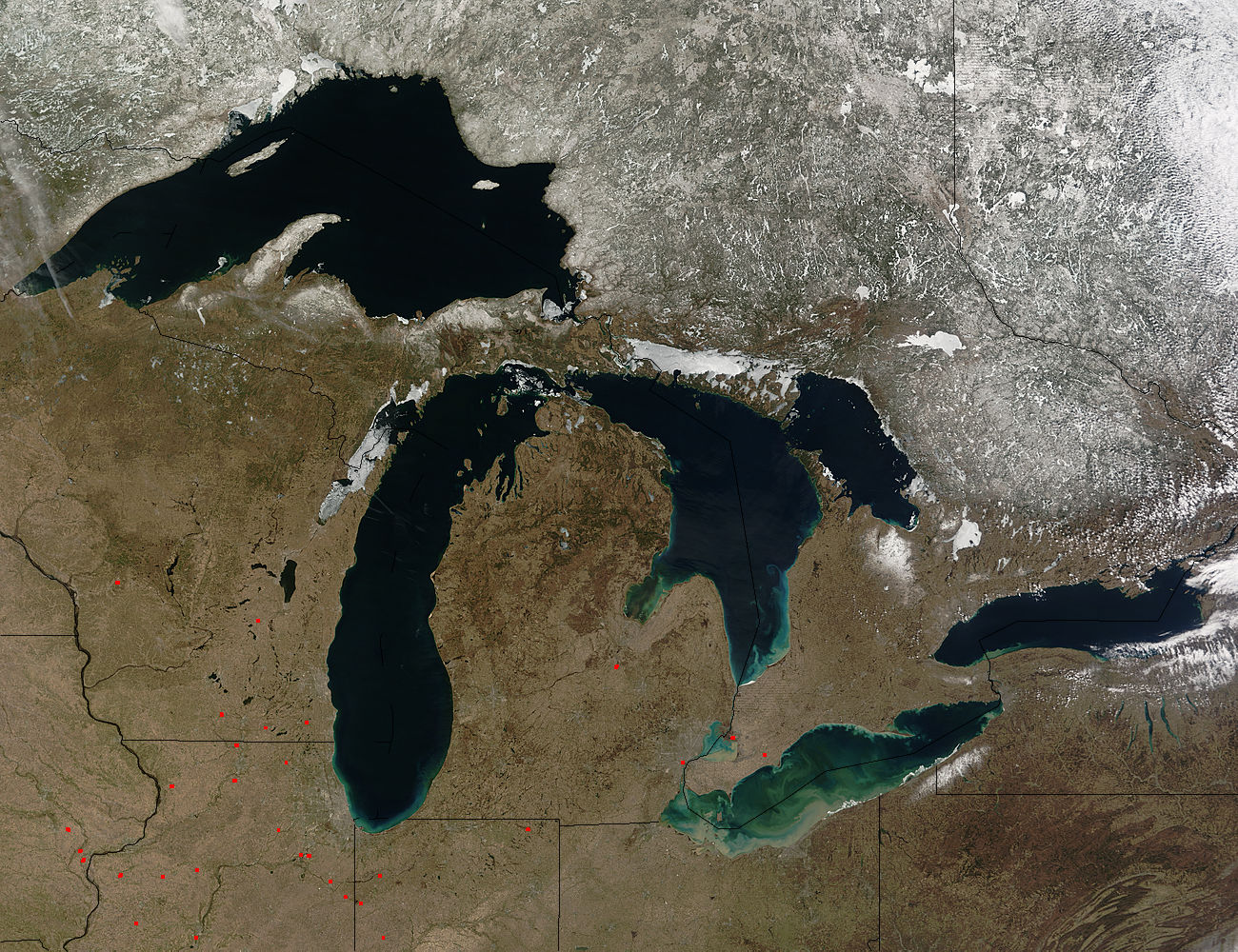 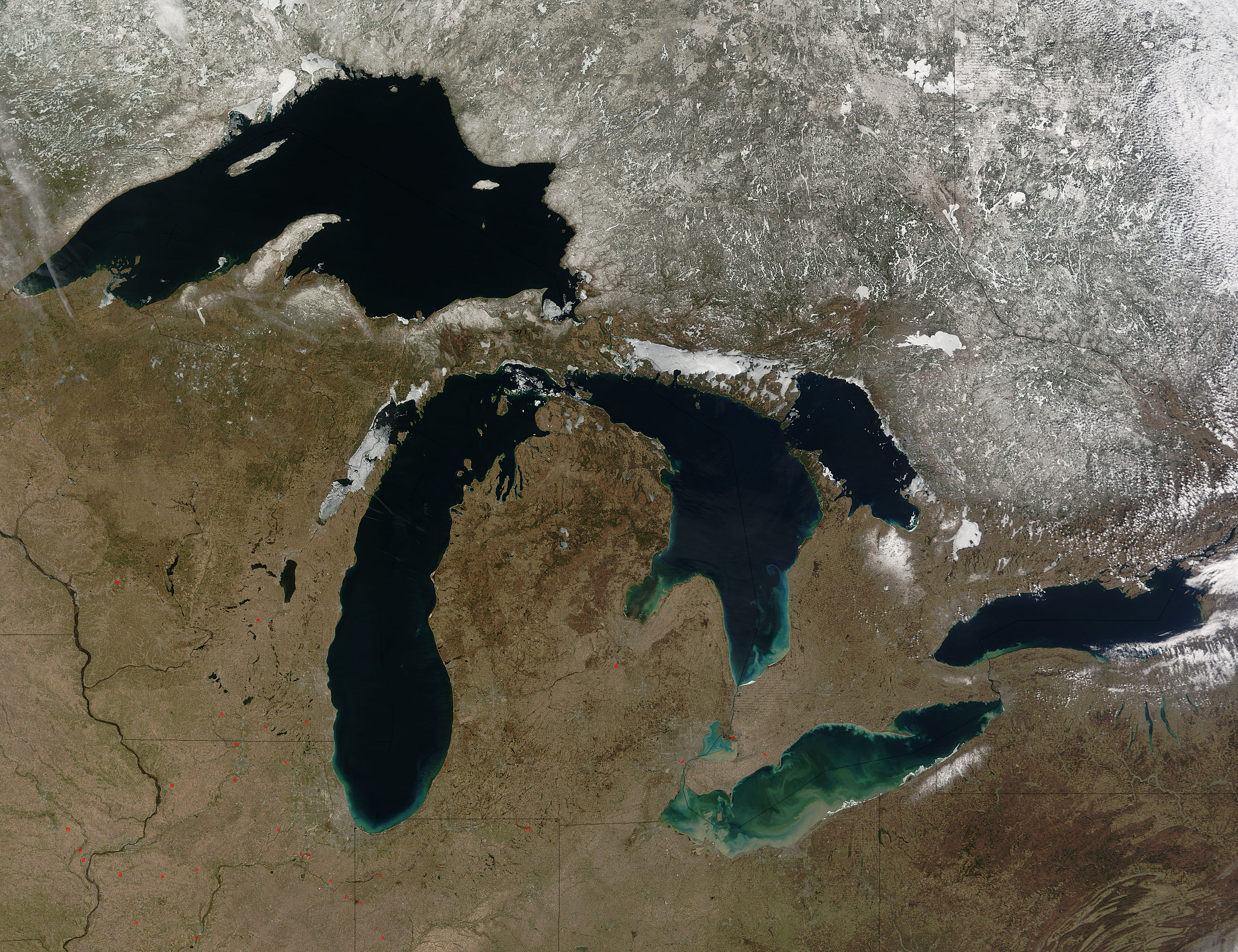 The Great Lakes of North America - Superior, Michigan, Huron, Ontario, and Erie - mark a dividing line between the still-snowy lands of southern Canada, and the beginning-to-bloom plains of the United State's northern midwest. This true-color Terra MODIS image, acquired on April 8, 2005, shows the lakes as being almost entirely ice free. Superior, Michigan, and Huron tend to freeze and thaw late, and the lack of ice in these lakes is a testament to the relative warmth of this past winter.