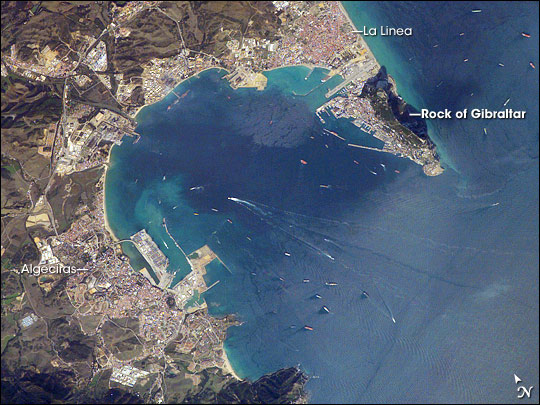 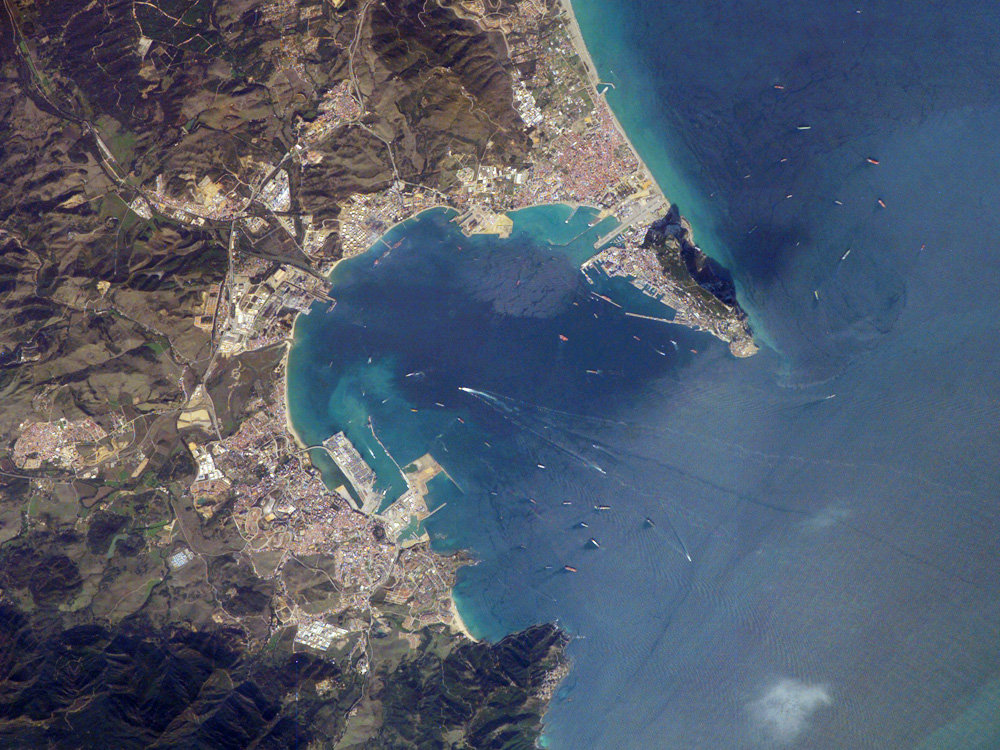 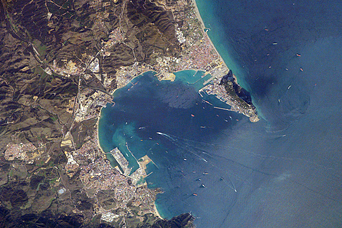 Gibraltar Bay, located near the southernmost tip of the Iberian Peninsula, is the central feature of this astronaut photograph. The famous Rock of Gibraltar that forms the northeastern border of the bay is formed of Jurassic-era seafloor sediments that solidified into limestone, a rock formed mostly of the mineral calcite, which is found in the shells of sea creatures. The limestone was subsequently lifted above the ocean surface when the African and Eurasian tectonic plates collided. The cities of La Linea and Algeciras bordering the bay, together with petroleum-processing facilities along the northern shoreline, are part of Spain, whereas the city of Gibraltar itself (to the west of and including the Rock) is under the jurisdiction of the United Kingdom.

Astronaut photograph ISS014-E-6812 was acquired October 30, 2006, with a Kodak 760C digital camera using a 400 mm lens, and is provided by the ISS Crew Earth Observations experiment and the Image Science & Analysis Group, Johnson Space Center. The image in this article has been cropped and enhanced to improve contrast. The International Space Station Program supports the laboratory to help astronauts take pictures of Earth that will be of the greatest value to scientists and the public, and to make those images freely available on the Internet. Additional images taken by astronauts and cosmonauts can be viewed at the NASA/JSC Gateway to Astronaut Photography of Earth.