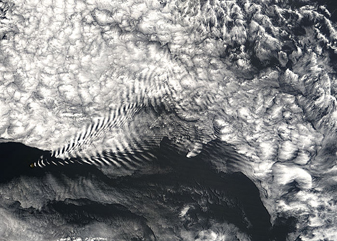 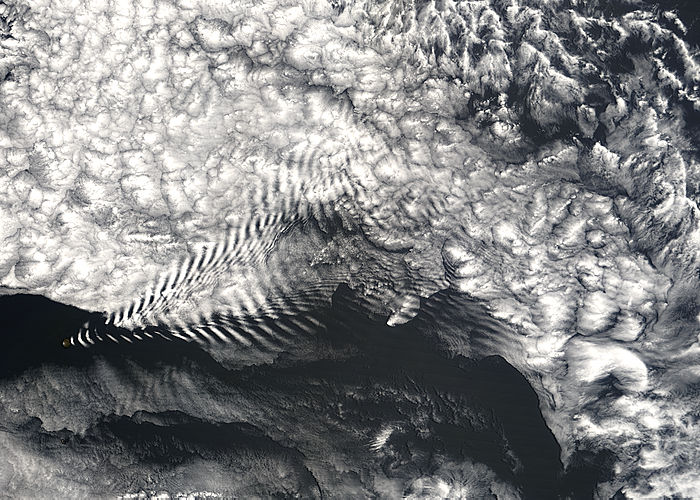 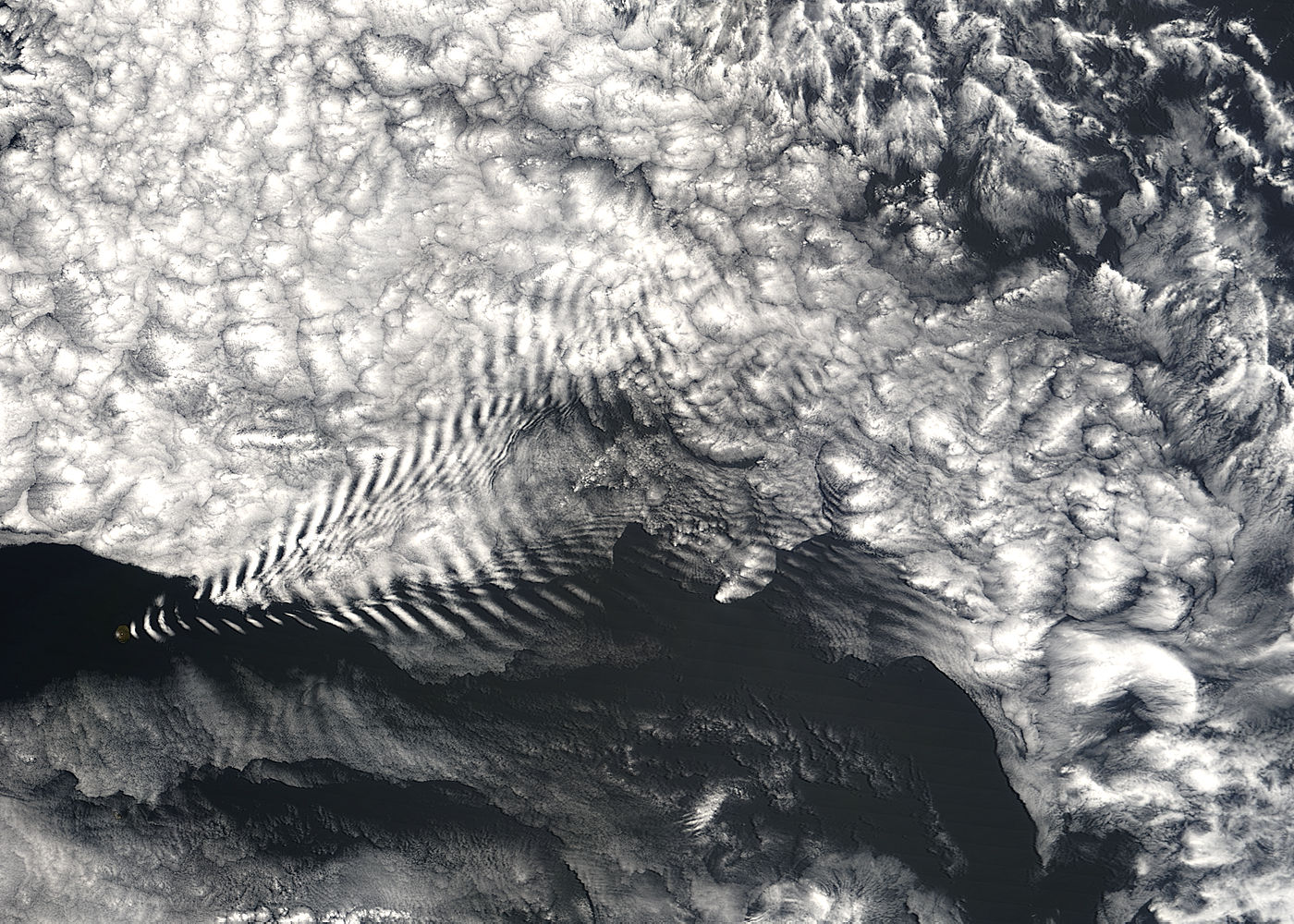 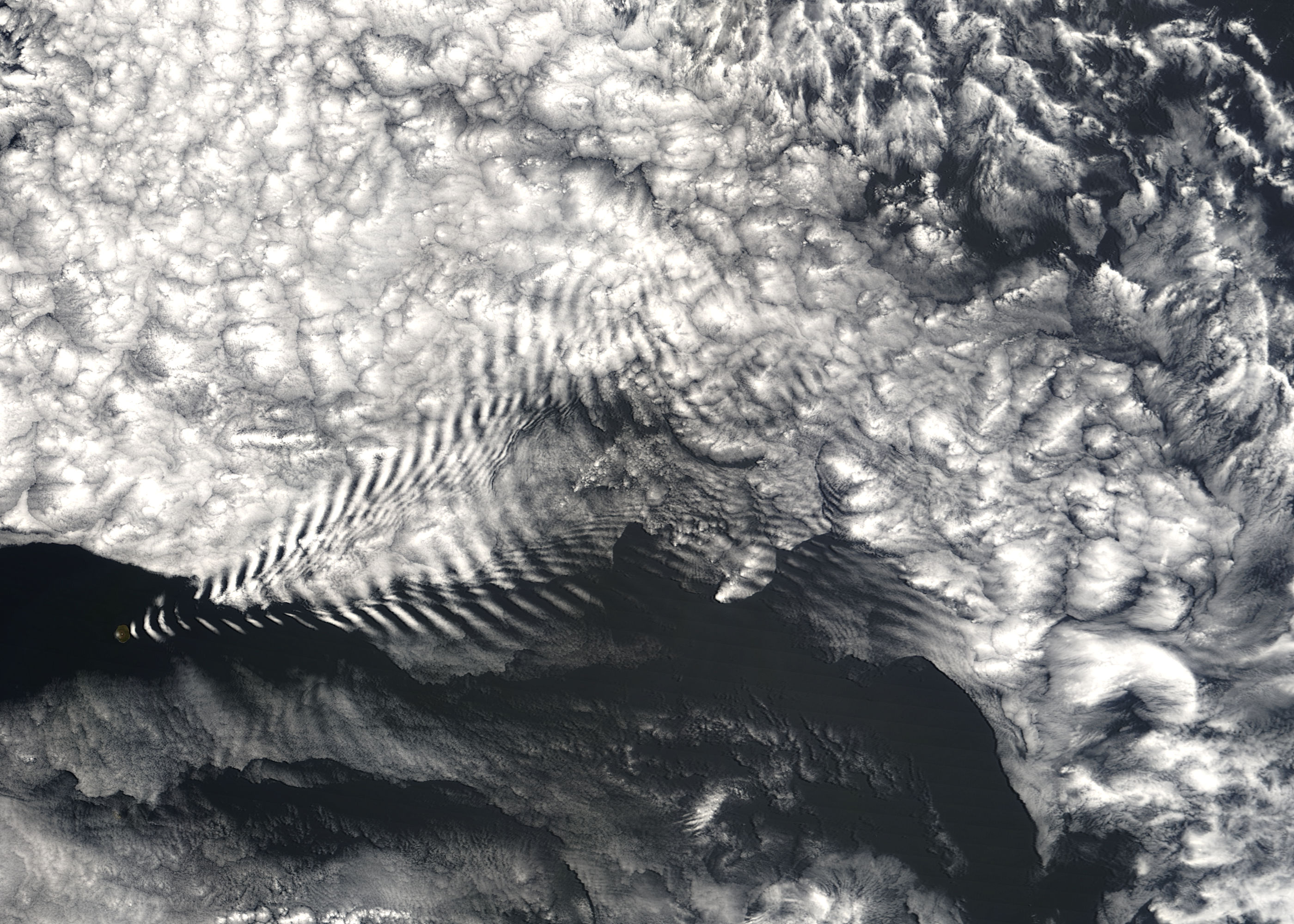 The cloud patterns seen in this image resemble ship waves or “Kelvin ship waves”, which are the V-shaped wakes left by moving objects, such as ships or even ducks. The pattern is not coincidental; wind behaves like a fluid, so when it encounters an obstacle, it must move around it, leaving behind a wake or a visible wave pattern. As the air crested a wave, it cooled and clouds formed. Then, as the air sank into the trough, the air warmed, and clouds did not form. This pattern repeated itself, with clouds appearing at the peak of every wave. In this case, the obstacle is an island. As the wind flows past the island, it is swept around and over it leaving a wake similar to that of a ship-- hence the name “ship-wave-shaped” clouds. Clouds are made up of many small droplets of water or ice crystals, formed around what is called a condensation nucleus: a small particle of dust, ash, or smoke. They reflect all visible wavelengths of sunlight, which often makes them appear white. However, clouds sometimes appear gray or even black, as they do in some portions of this image. This phenomenon is caused by the process of accumulation, where droplets within the cloud merge with others, forming larger droplets. The space between droplets then becomes larger, allowing more light to be absorbed within the cloud, thus making portions of it appear to be darker to the naked eye. Amsterdam Island is located in the Southern Indian Ocean, between Africa, Australia, and Antarctica.