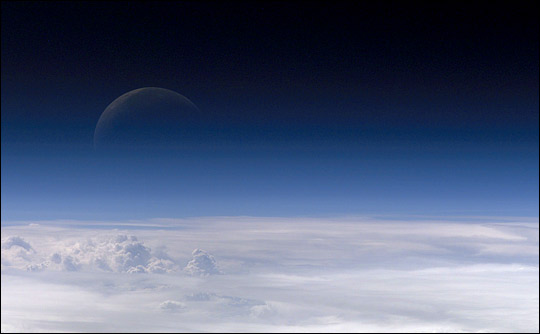 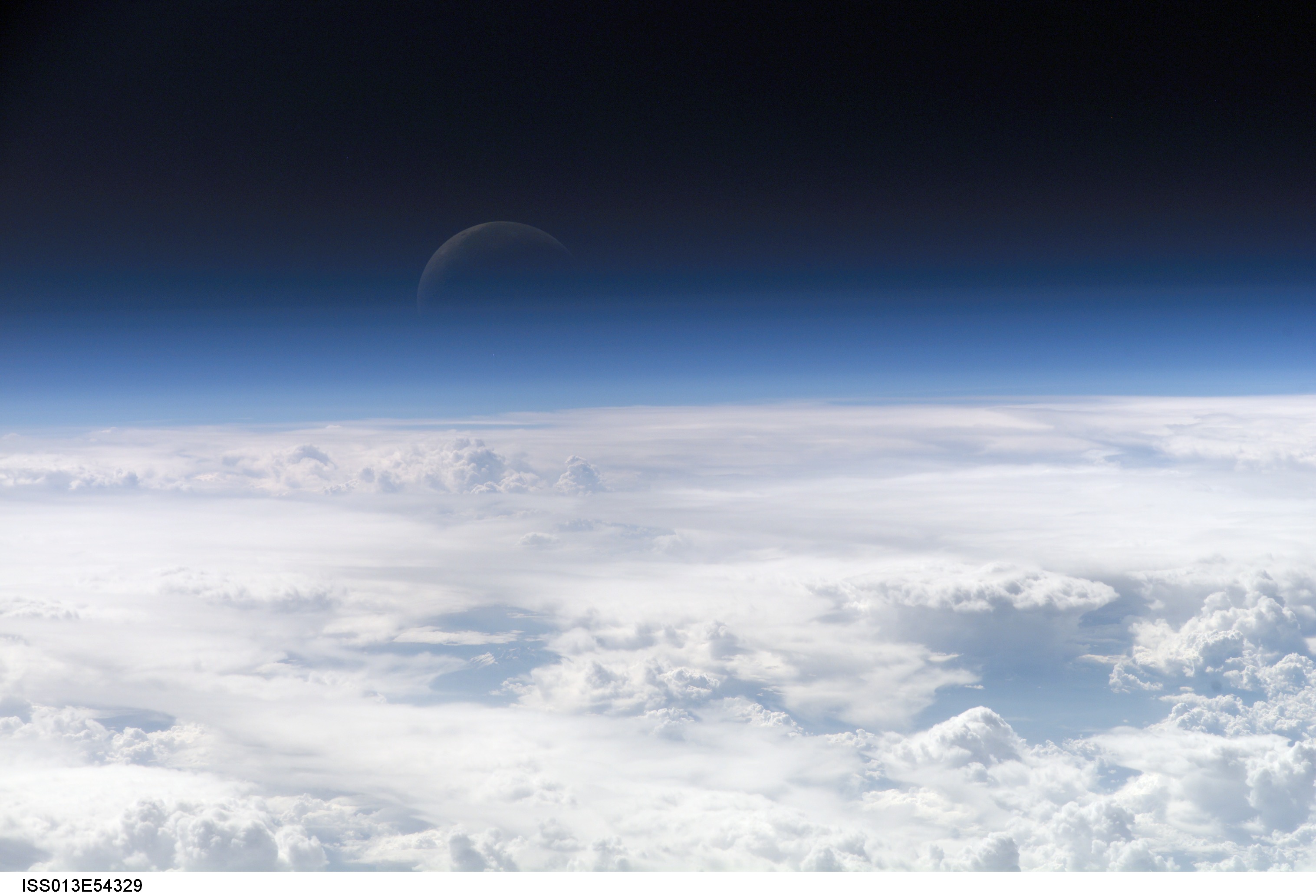 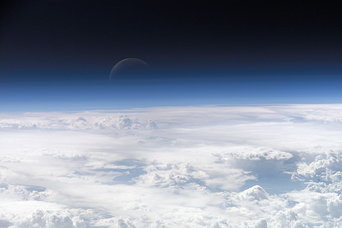 The Top of the Atmosphere

Atmospheric gases scatter blue wavelengths of visible light more than other wavelengths, giving the Earth’s visible edge a blue halo. At higher and higher altitudes, the atmosphere becomes so thin that it essentially ceases to exist. Gradually, the atmospheric halo fades into the blackness of space. This astronaut photograph captured on July 20, 2006, shows a nearly translucent moon emerging from behind the halo.

This image originally appeared in the NASA Earth Observatory story The Top of the Atmosphere .

Astronaut photograph ISS013-E-54329 was acquired July 20, 2006, with a Kodak 760C digital camera using a 400 mm lens, and is provided by the ISS Crew Earth Observations experiment and the Image Science & Analysis Laboratory, Johnson Space Center. The image in this article has been cropped and enhanced to improve contrast. The International Space Station Program supports the laboratory to help astronauts take pictures of Earth that will be of the greatest value to scientists and the public, and to make those images freely available on the Internet. Additional images taken by astronauts and cosmonauts can be viewed at the NASA/JSC Gateway to Astronaut Photography of Earth.