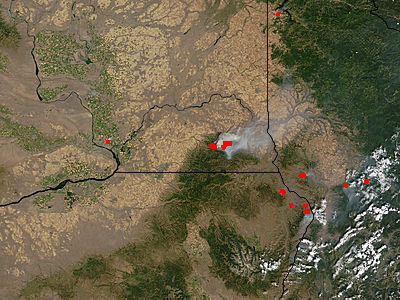 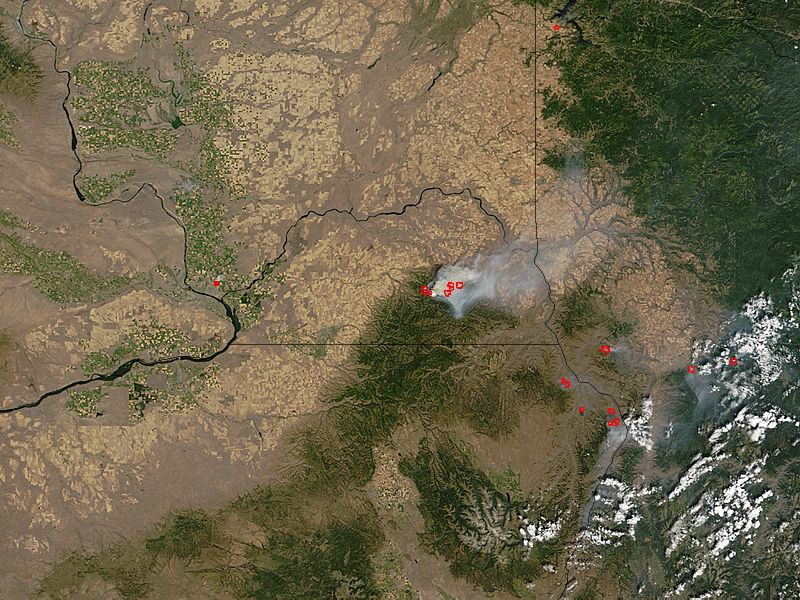 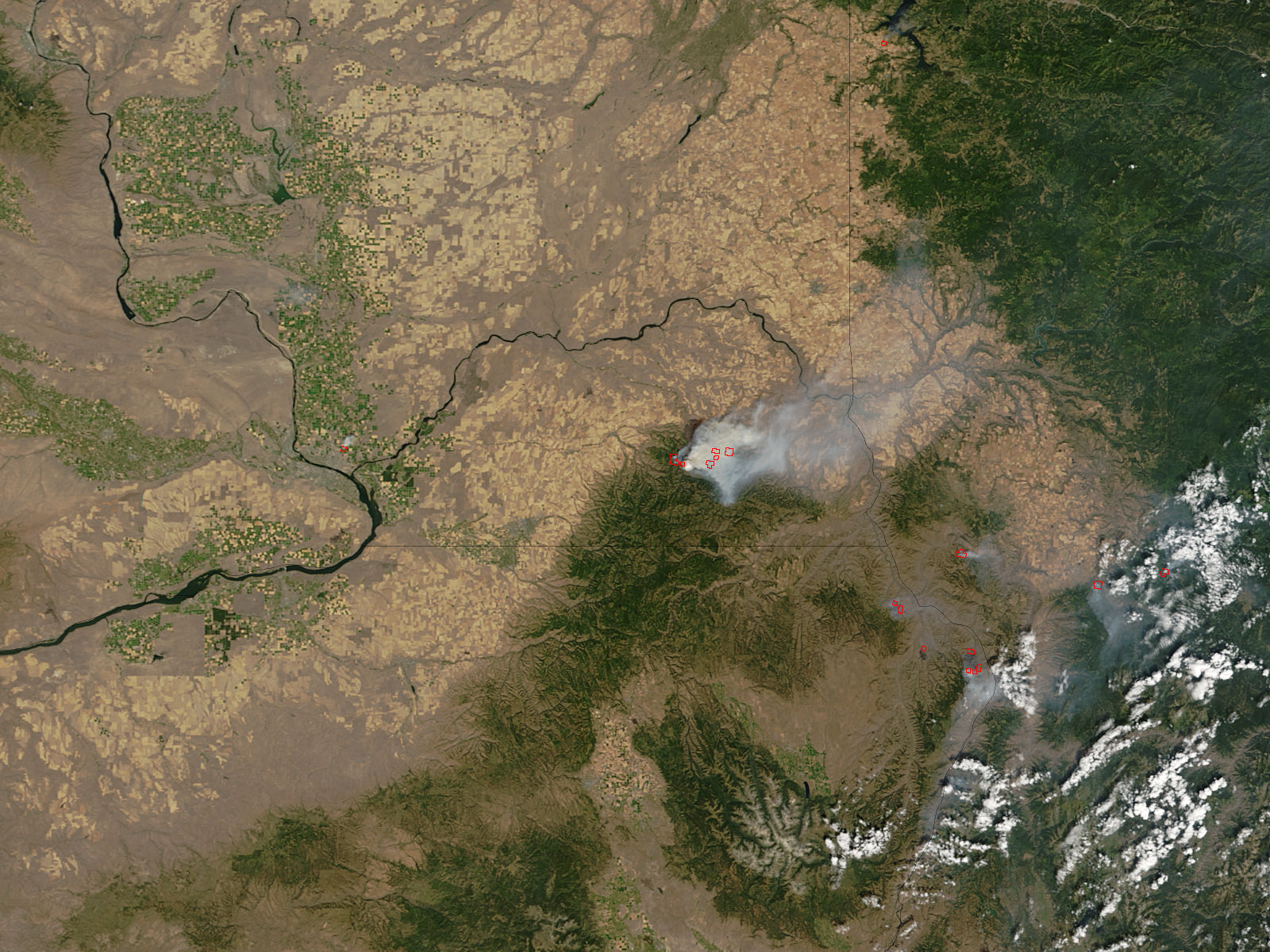 On August 10, 2005, the School Fire in southeastern Washington was still billowing thick smoke. When the Moderate Resolution Imaging Spectroradiometer (MODIS) on NASA’s Terra satellite captured this image, the sensor detected several areas of active fire (marked in red). Additional fires were burning in Oregon, bottom, and Idaho, right, though none were as large as the School Fire.