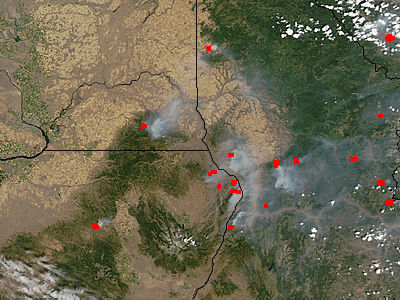 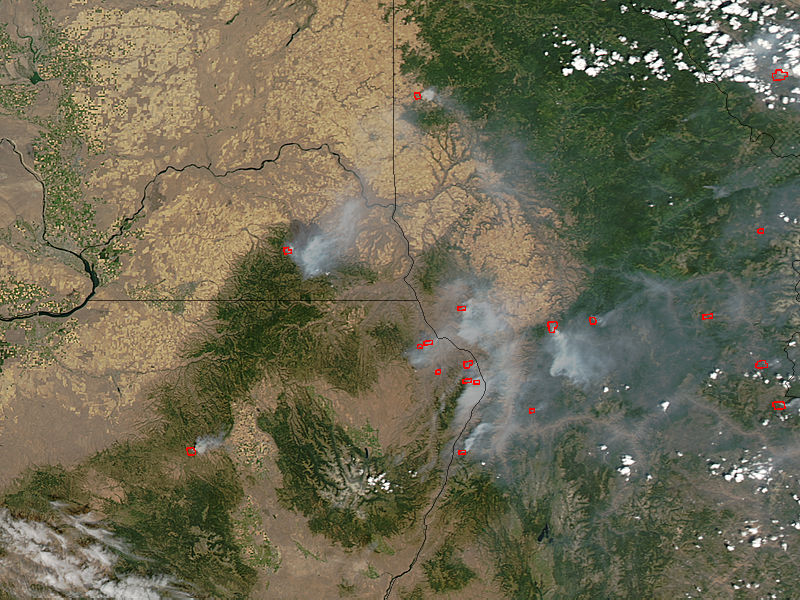 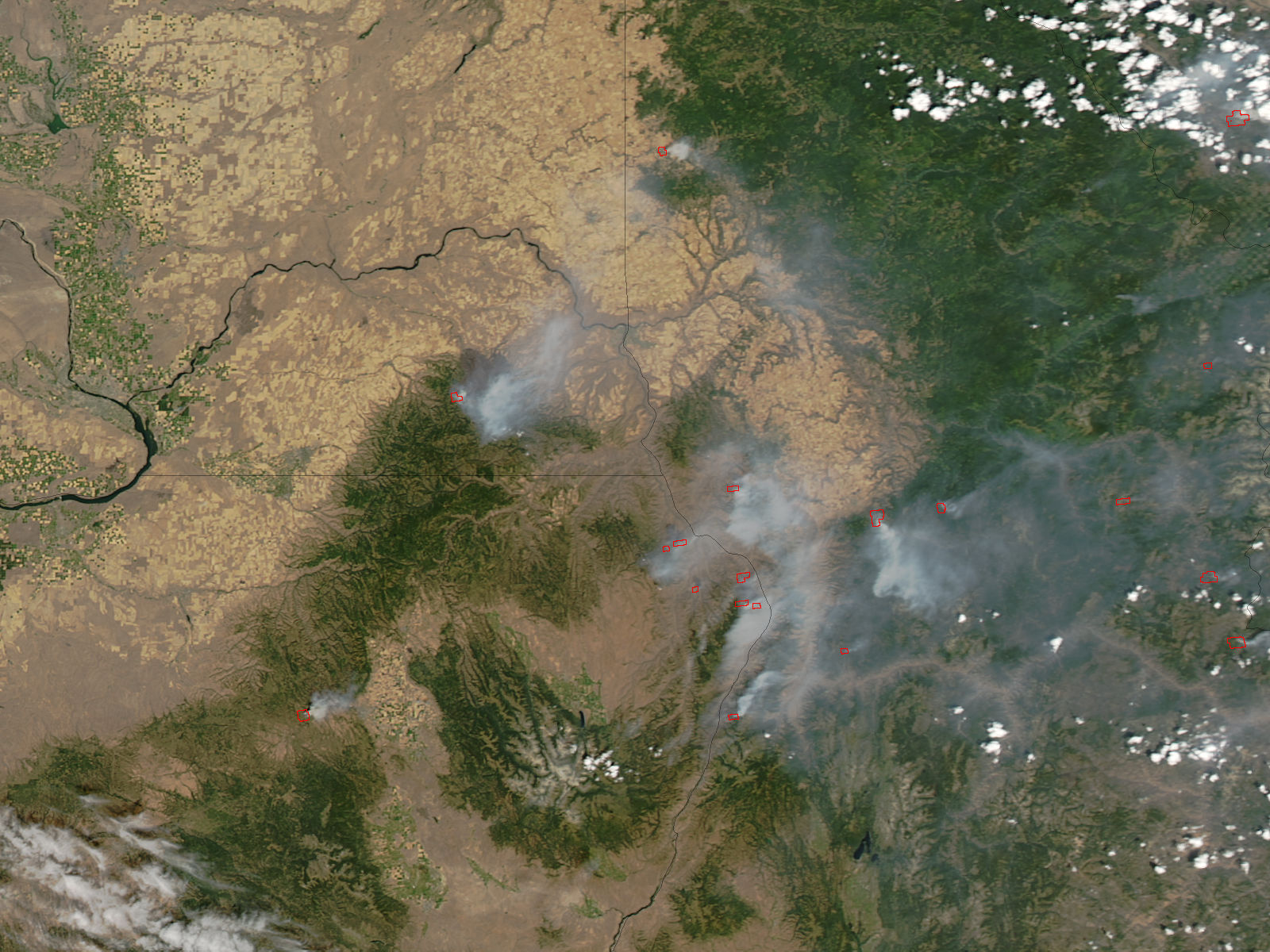 Several fires were burning across Washington, Oregon, and Idaho on August 11, 2005. The fires, represented by red dots, are clustered around the border of the three states, and, with the exception of the School Fire (the only fire in Washington), all started at about the same time. This suggests that lightning triggered these fires, though some may have been caused by human activity. The Idaho Interagency Fire Prevention and Education Team reports that late spring rain caused grasses to grow taller and denser than normal. The build-up of vegetation increases the fire danger, so that a spark from an off-road vehicle or a campfire can explode into a wildfire. The Moderate Resolution Imaging Spectroradiometer (MODIS) on NASA’s Aqua satellite captured this image on August 11, 2005.