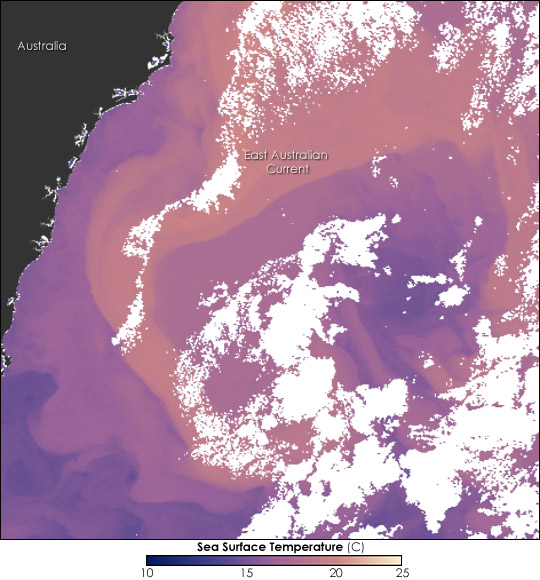 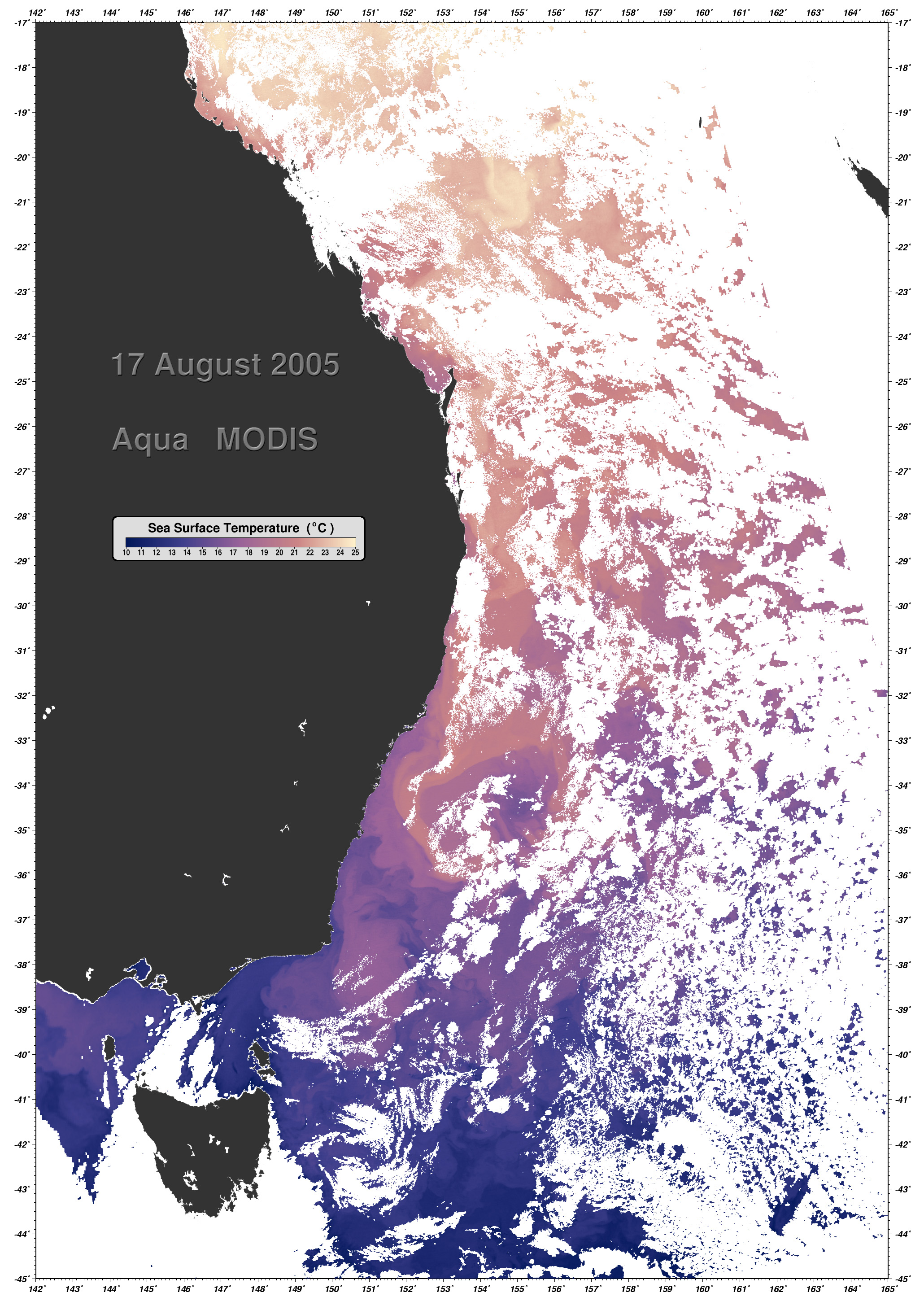 The East Australian Current sweeps warm water down the east coast of Australia. Like the Gulf Stream, the East Australia Current is pushed to the western edge of the ocean by the rotation of the Earth. The current carries nutrient-poor water from the Coral Sea into the cool waters of the Tasman Sea, spinning off into eddies as it does. The temperature difference between the current and the waters of the Tasman Sea make the current stand out clearly in this sea surface temperature image, taken by the Moderate Resolution Imaging Spectroradiometer (MODIS) on NASA’s Aqua satellite on August 17, 2005. The image shows the warm water of the current in warm peach in contrast to the cooler pinks and purples of the surrounding ocean. Patches of white show where clouds veiled the ocean’s surface.

The East Australia Current is the largest ocean current close to Australia, moving as much as 30 million cubic meters of water per second in a broad ribbon that covers as much as 100 kilometers in width and 500 meters in depth. The current is strongest in the early months of the year—the Southern Hemisphere’s summer— and weakens during the winter, the middle of the year. During the winter, the current hooks to the east off the coast of New South Wales. This image shows the southern edge of the current as it is making its eastward turn.