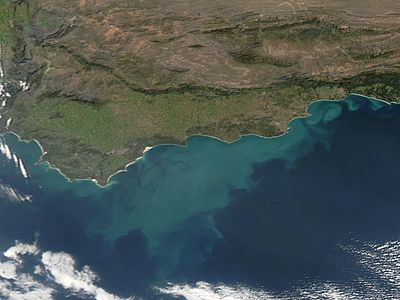 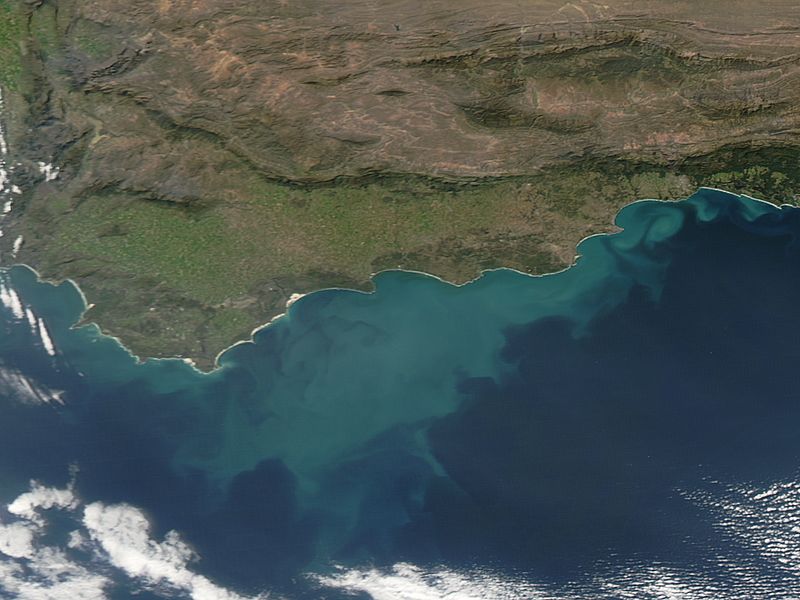 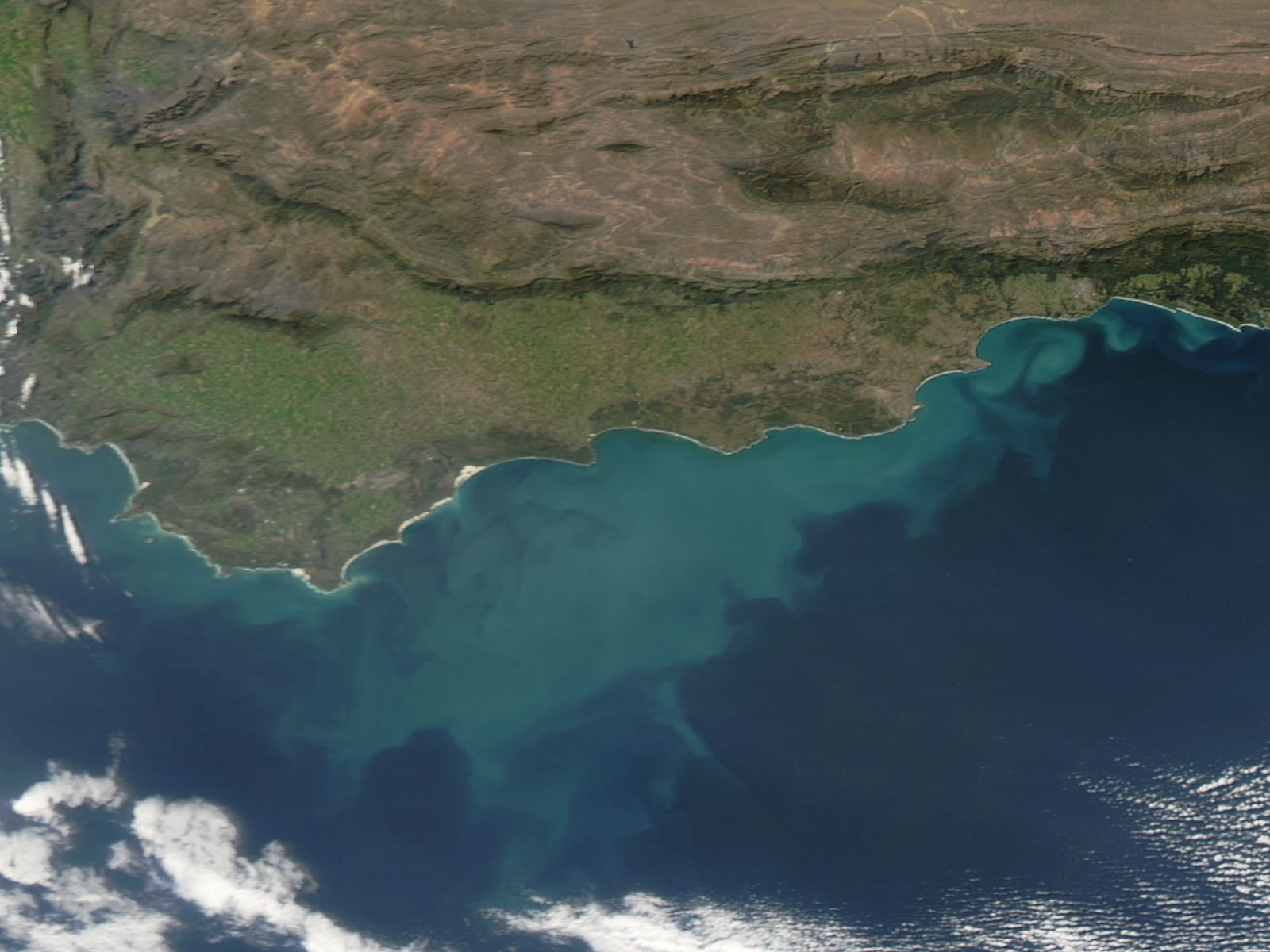 The milky blue-green colors visible in this photo-like image are caused by phytoplankton blooms. Phytoplankton are tiny, microscopic plants that form the base of the food web in marine ecosystems. Phytoplankton are consumed by zooplankton, or microscopic animals, which in turn are eaten by variety of fish, whales, and birds. Blooms are fed by the upwelling of nutrients, which happens when currents deep beneath the ocean surface reach the coastline and are forced to the surface carrying minerals such as iron with them. Phytoplankton are poised to exploit this temporary resource, growing very rapidly under such conditions. However, as nutrients are depleted, the blooms die and decay. Crucial though phytoplankton are to marine ecosystems, they can also be harmful. The blooms can harm fish directly by clogging their gills and by the release of toxins, as well as indirectly through oxygen depletion. The Moderate Resolution Imaging Spectroradiometer (MODIS) on NASA’s Aqua satellite captured this image on September 2, 2005.