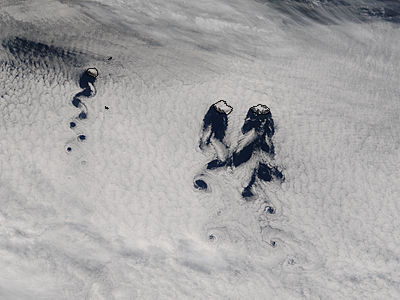 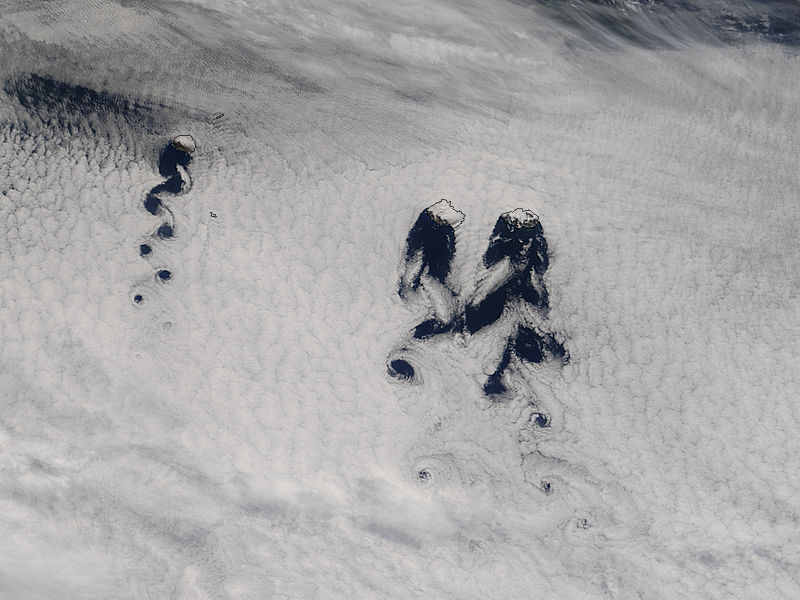 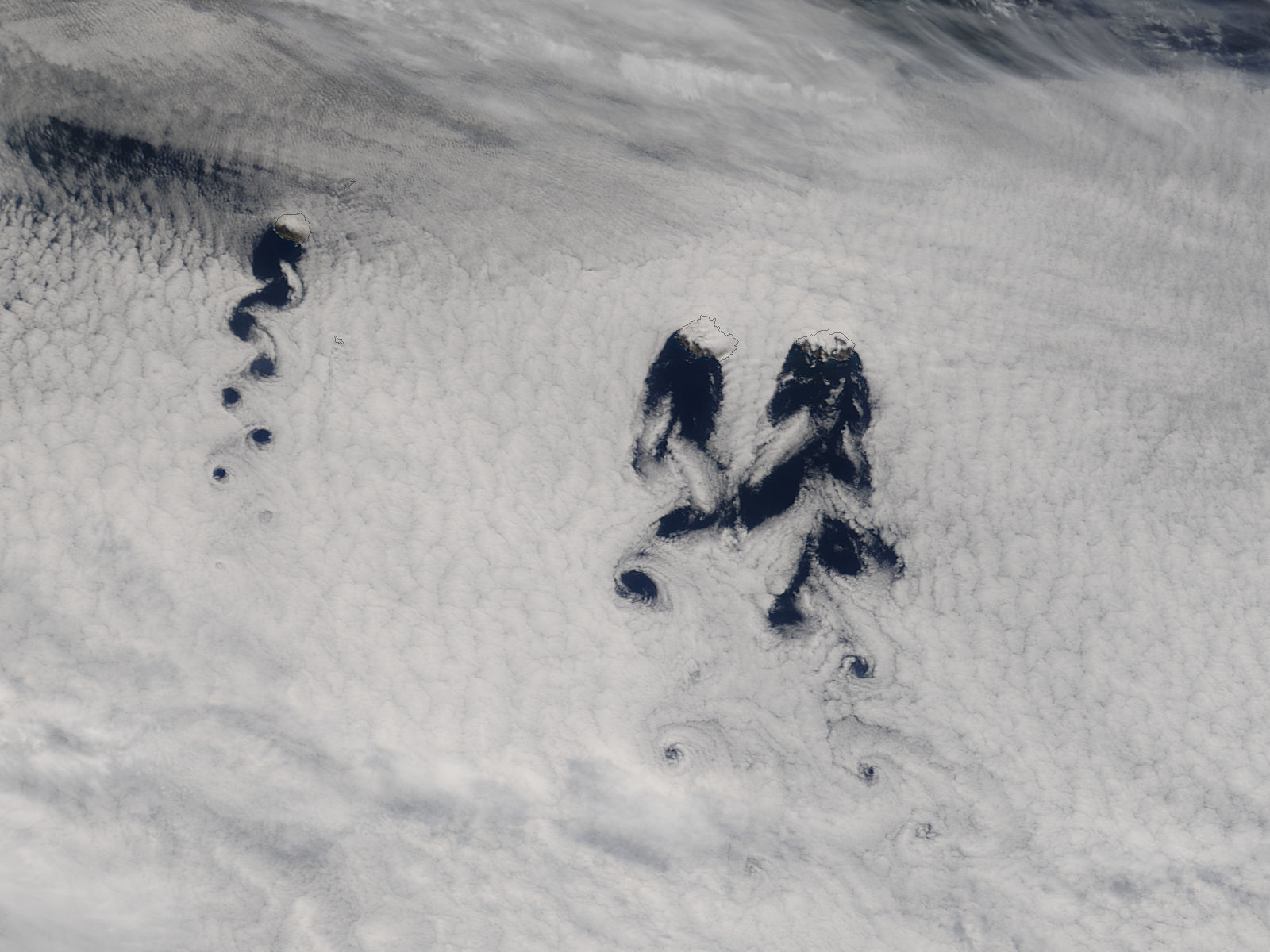 The impact of islands on the atmosphere is evident in the cloud patterns seen in this image, captured by the Moderate Resolution Imaging Spectroradiometer (MODIS) on NASA’s Terra satellite on October 2, 2005. The air flowing over the smooth surface of the ocean is forced over or around the islands. As a result, the air in the wake of the island is turbulent, churning in a braid of vortices. The clouds are shaped by these vortices into the delicate swirls seen here. The images shows cloud vortices behind the Crozet Islands in the south Indian Ocean.