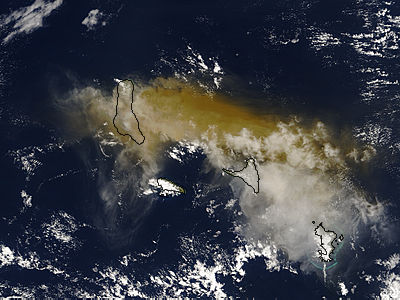 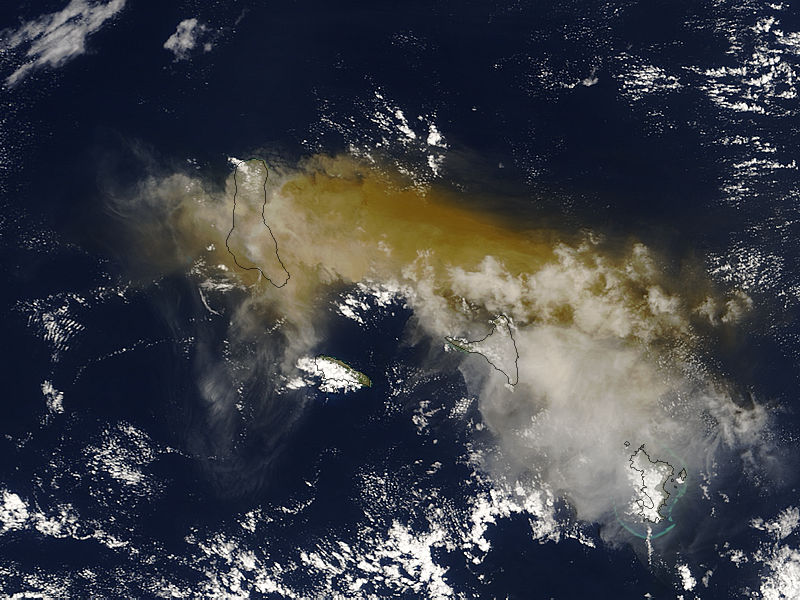 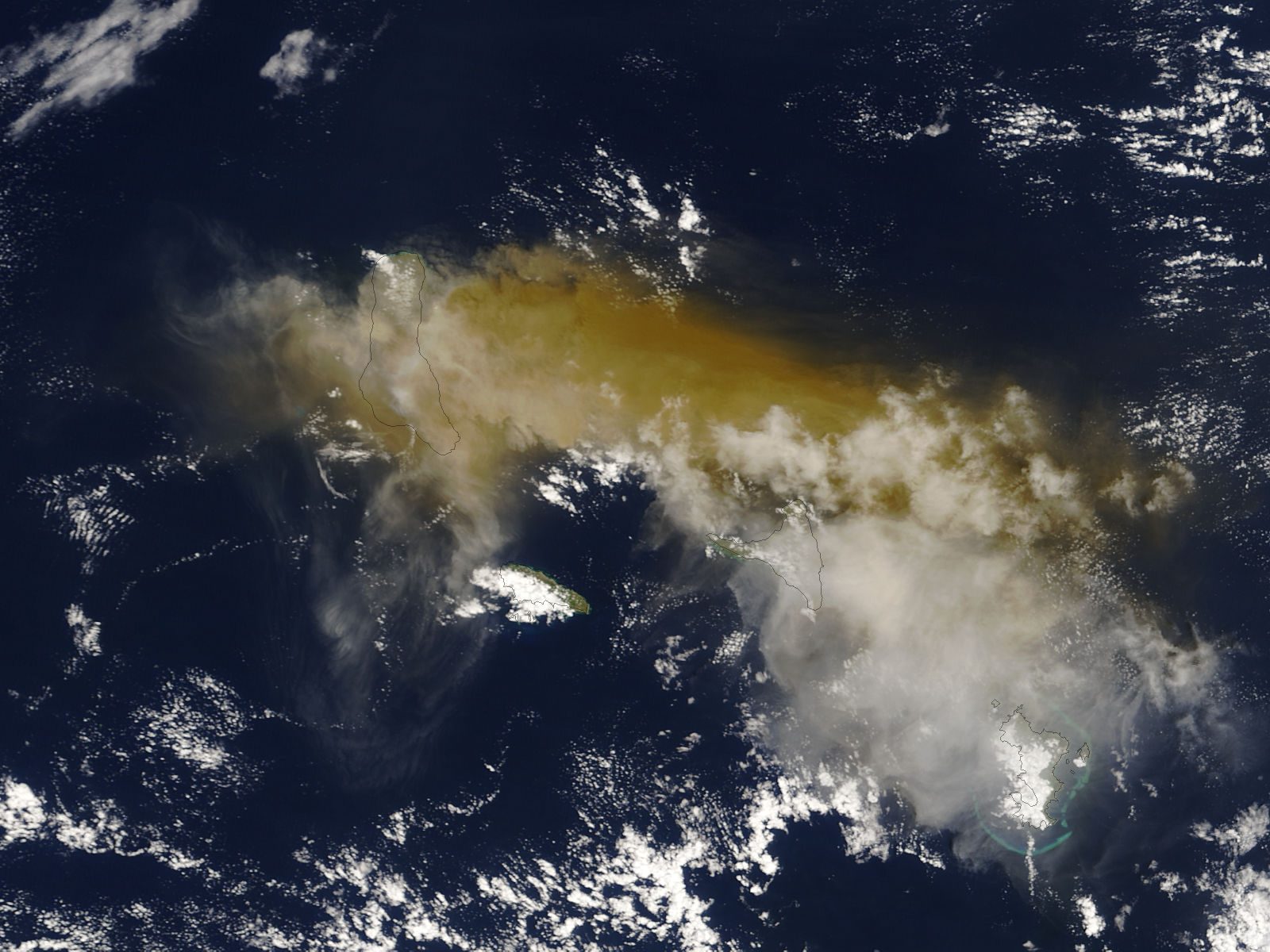 On November 24, 2005, some 2,000 people fled their homes, hoping to escape the latest eruption of the Karthala Volcano. The volcano covered nearby villages in ash, and locals had little means of protecting their lungs besides covering their faces with scarves.

Karthala is one of two volcanoes that make up Grand Comore (or Ngazidja) Island in the Comoros archipelago. These islands lie in the Indian Ocean, between Africa and Madagascar. The Moderate Resolution Imaging Spectroradiometer (MODIS) flying onboard the Terra satellite captured this image on November 25, 2005. In this image, Grand Comore appears only in outline as material from the eruption completely obscures the satellite’s view of the land surface. The volcanic ash ranges in color from tan to beige. It has spread out around the volcano in all directions, but moves primarily eastward.

With an altitude of 2,361 meters (7,746 feet), Karthala is a shield volcano, with smooth slopes built from hardened lava. Comprising the southern portion of Grand Comore Island, Karthala is a regular troublemaker in its neighborhood. The volcano has erupted about 20 times in the last century, most recently in April 2005. The November 2005 eruption caused fears of lava floods and poisonous gases. The volcano had showed signs of trouble for several days before the eruption, and the ground continued to rumble afterwards.