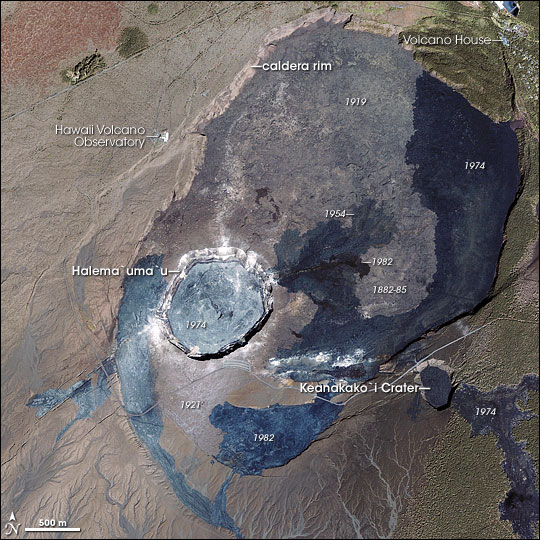 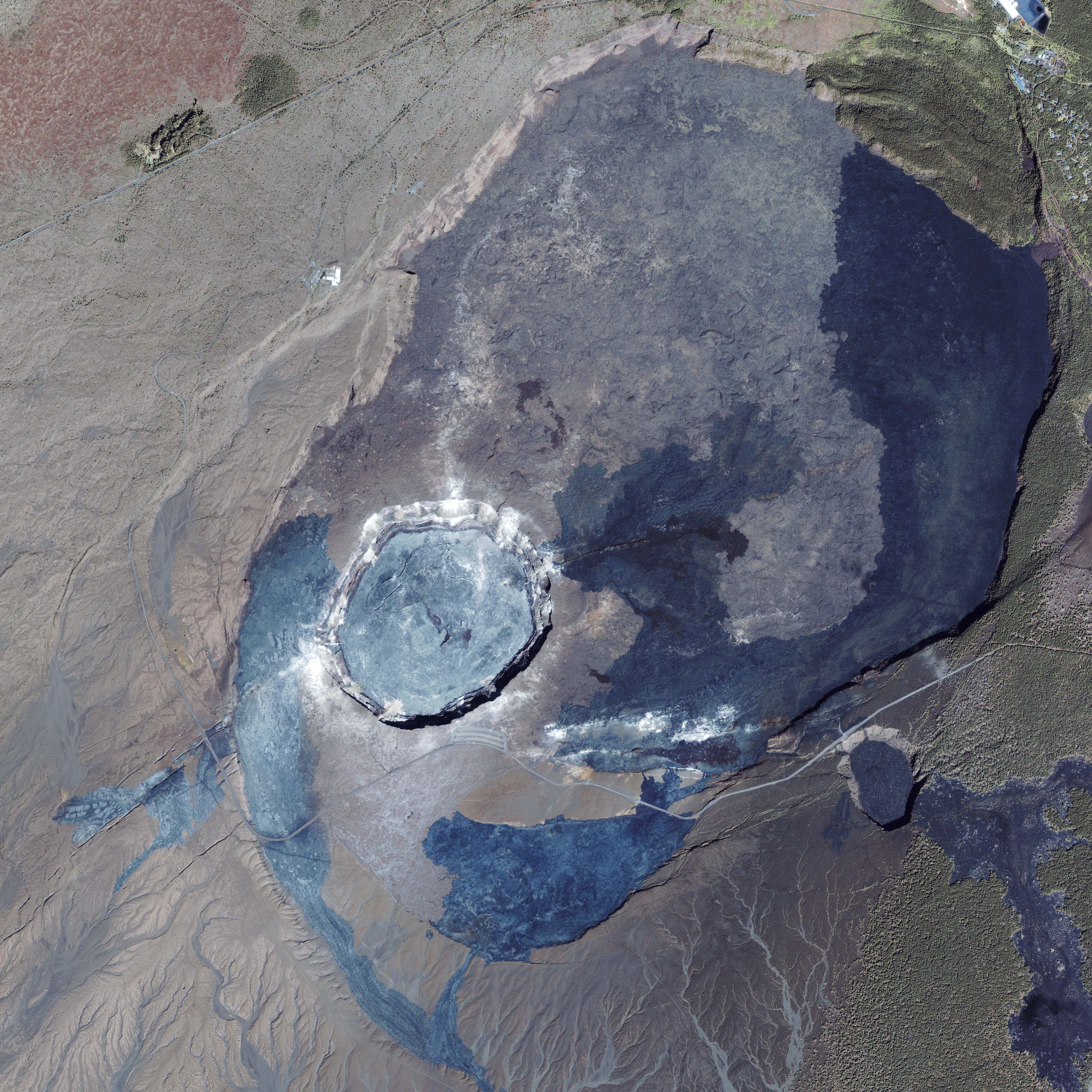 If you were to rank all of the volcanoes in the world in terms of activity, Kilauea would come out near the top. The volcano is so given to eruptions that it is said to be home to Pele, the temperamental Hawaiian volcano goddess. The most recent eruption began pouring from Kilauea’s east rift into the Pacific Ocean in 1983 and had not ceased as of December 8, 2005. Though no more than a lump on the eastern flanks of the massive Mauna Loa volcano on the Island of Hawaii, Kilauea has been prodigiously more productive than its neighbor. As much as ninety percent of Kilauea’s surface is less than 1,100 years old.

This Ikonos image, taken on January 14, 2003, shows Kilauea’s summit caldera, the surface of which is covered in fresh lava flows. The newer flows are dark, while the older flows pale as the iron in the lava oxidizes into rust. The oldest flow in the caldera is from 1882. The Halema`uma`u crater forms a pale circle in the southwest section of the caldera. As recently as 1924, the crater was filled with a molten lava lake. According to the Hawaiian Volcano Observatory (visible in the upper left corner of the image), the name comes from Polynesian mythology. “Halema`uma`u” refers to a house of ferns that Kamapua`a, a suitor of Pele, built over the crater to keep her from escaping. As the fresh flows in the image testify, the attempt was not successful. The other crater seen in the image, Keanakako`i, was the site of an eruption in 1974. In the upper right corner of the image is Volcano House, a private hotel.

IKONOS image copyright DigitalGlobe
© All Rights Reserved: Use of IKONOS, GeoEye, and Digital Globe imagery must be coordinated with Digital Globe.