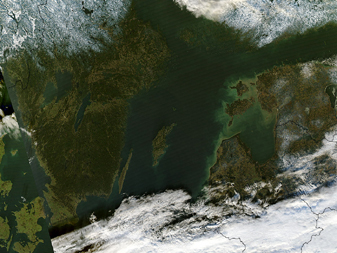 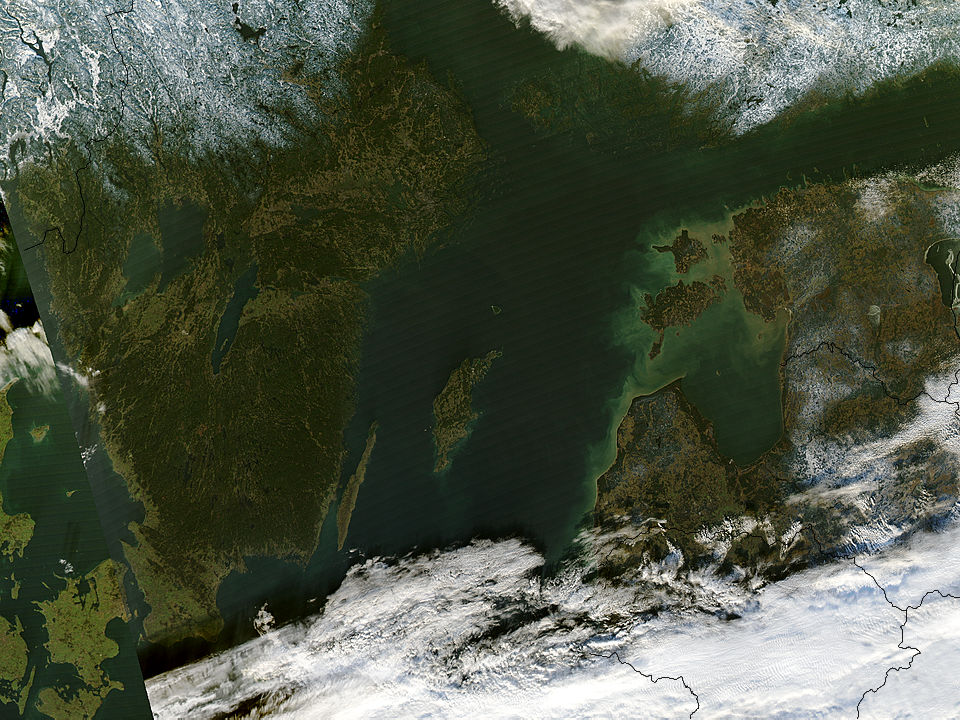 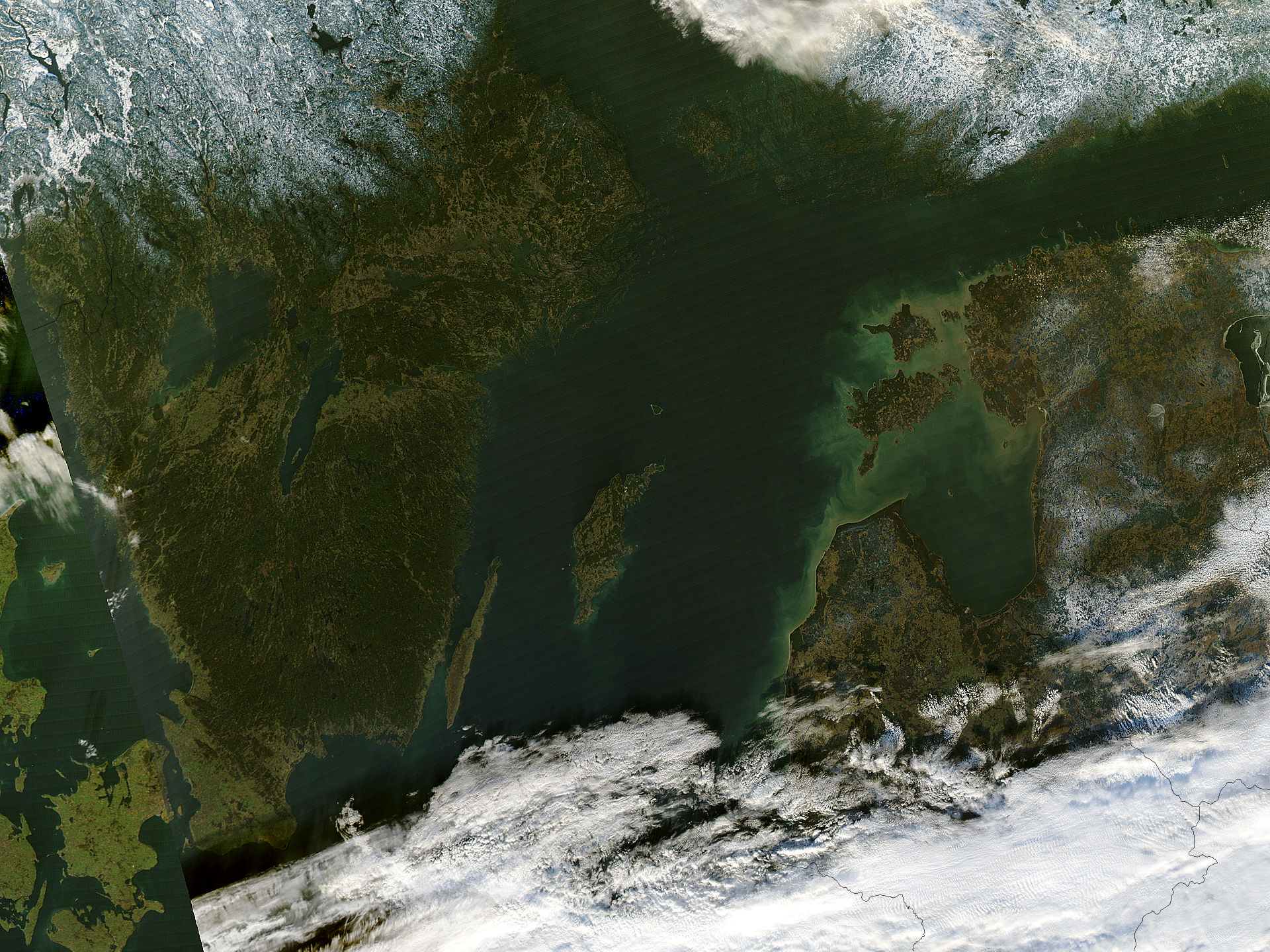 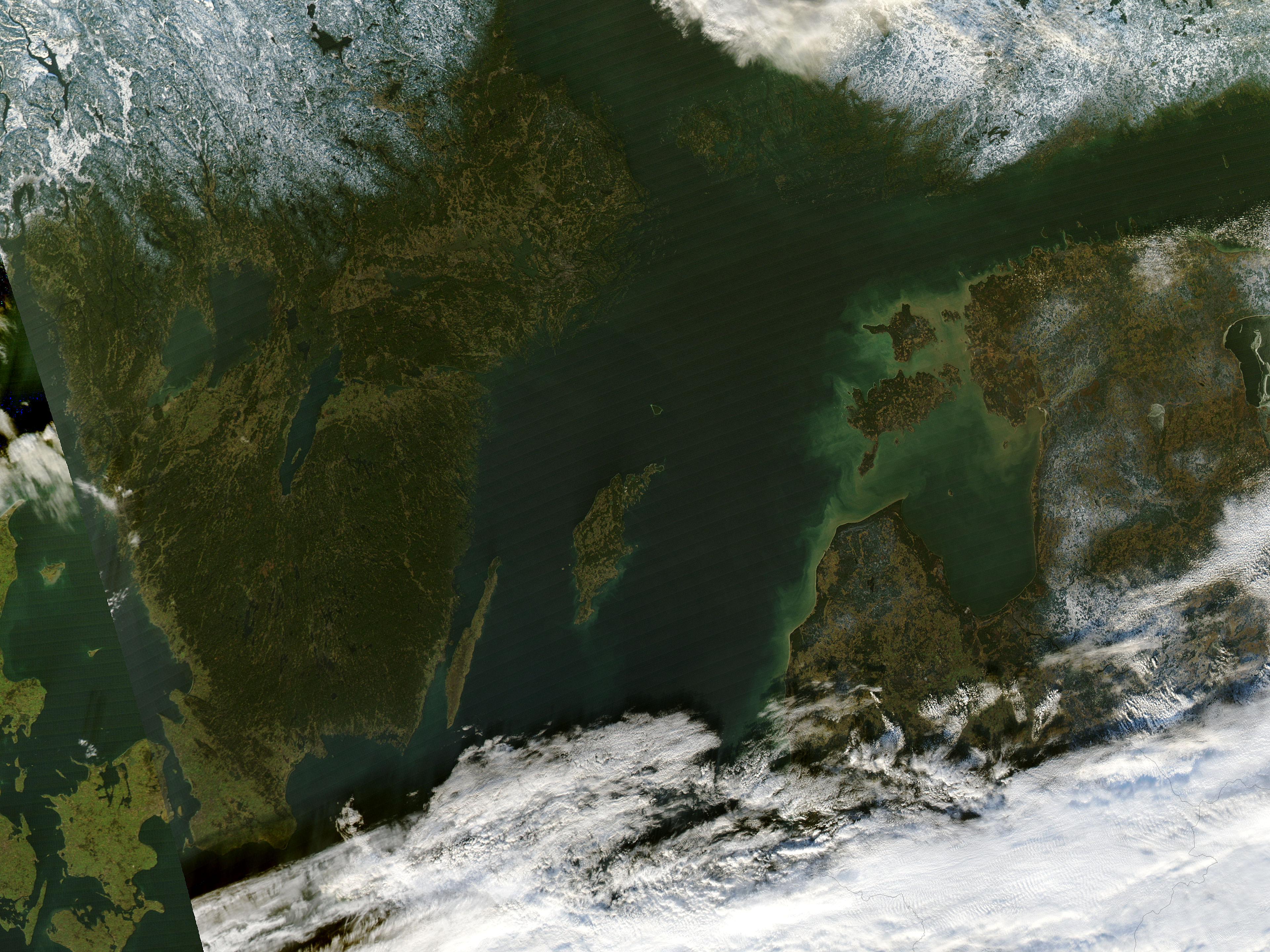 Gotland island in the Baltic Sea

Gotland, an island in the Baltic Sea, is located roughly in the center of this image. To the left (West) is Sweden, of which Gotland is a part. To the right (East) are the countries of Finland, Estonia, Latvia, Lithuania and a portion of the Russian Federation, while Denmark, Germany, and Poland ring the southwest and south. The island is home to about 60,000 persons but is perhaps more famous for its horses: the Gotland pony or Russ. This breed has been on the island for 4,000 – 5,000 years. It is not known how they reached the island; some speculate that either they traveled across a land bridge about 10,000 years ago when sea level was much lower or they were brought by boat at least 4,000 years ago. The island is also a popular tourist destination, featuring the medieval town of Visby. The island just above Gotland is Gotska Sandon, which is also a National Park of Sweden. It is inhabited by grey seals, as well a numerous species of rare plants and insects.