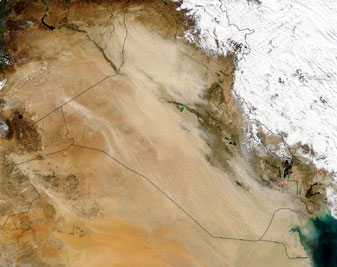 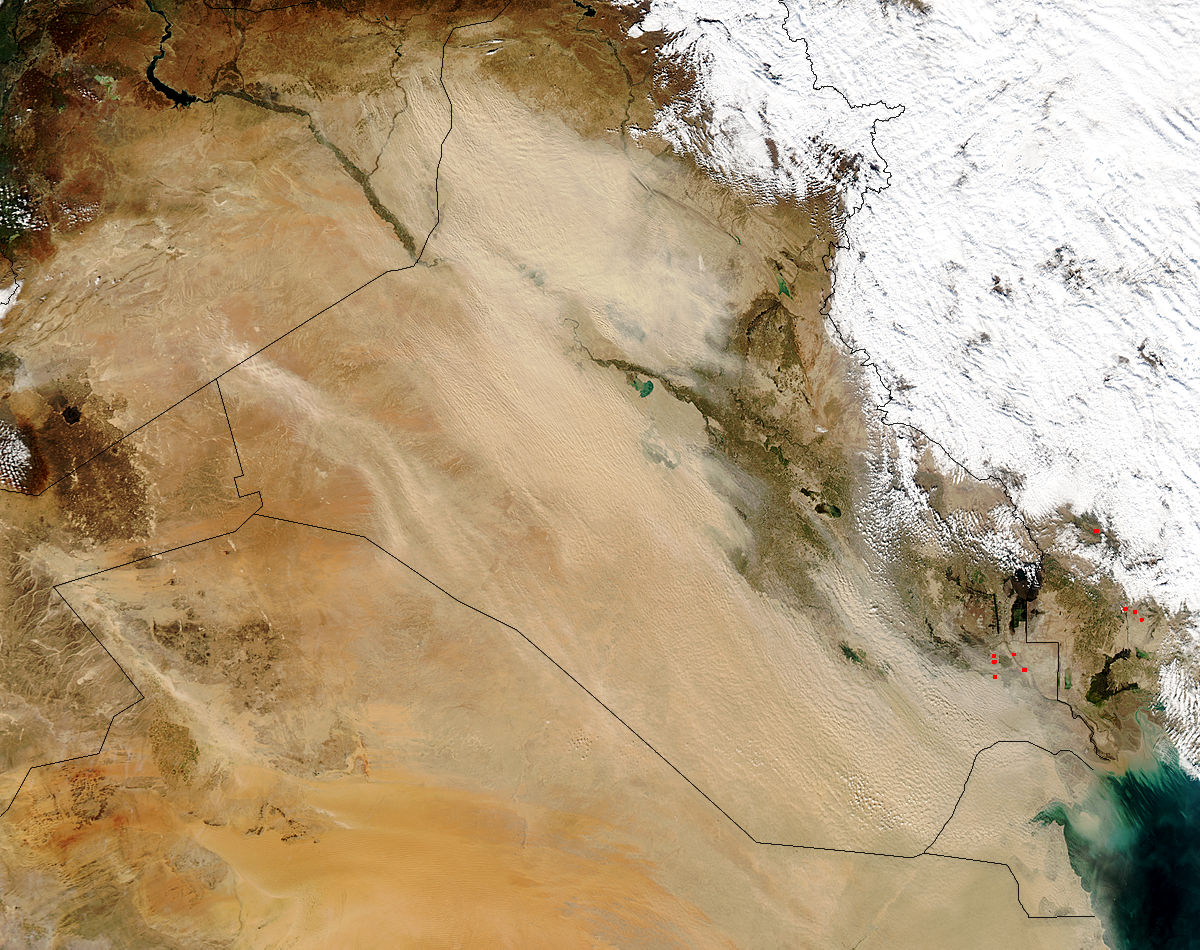 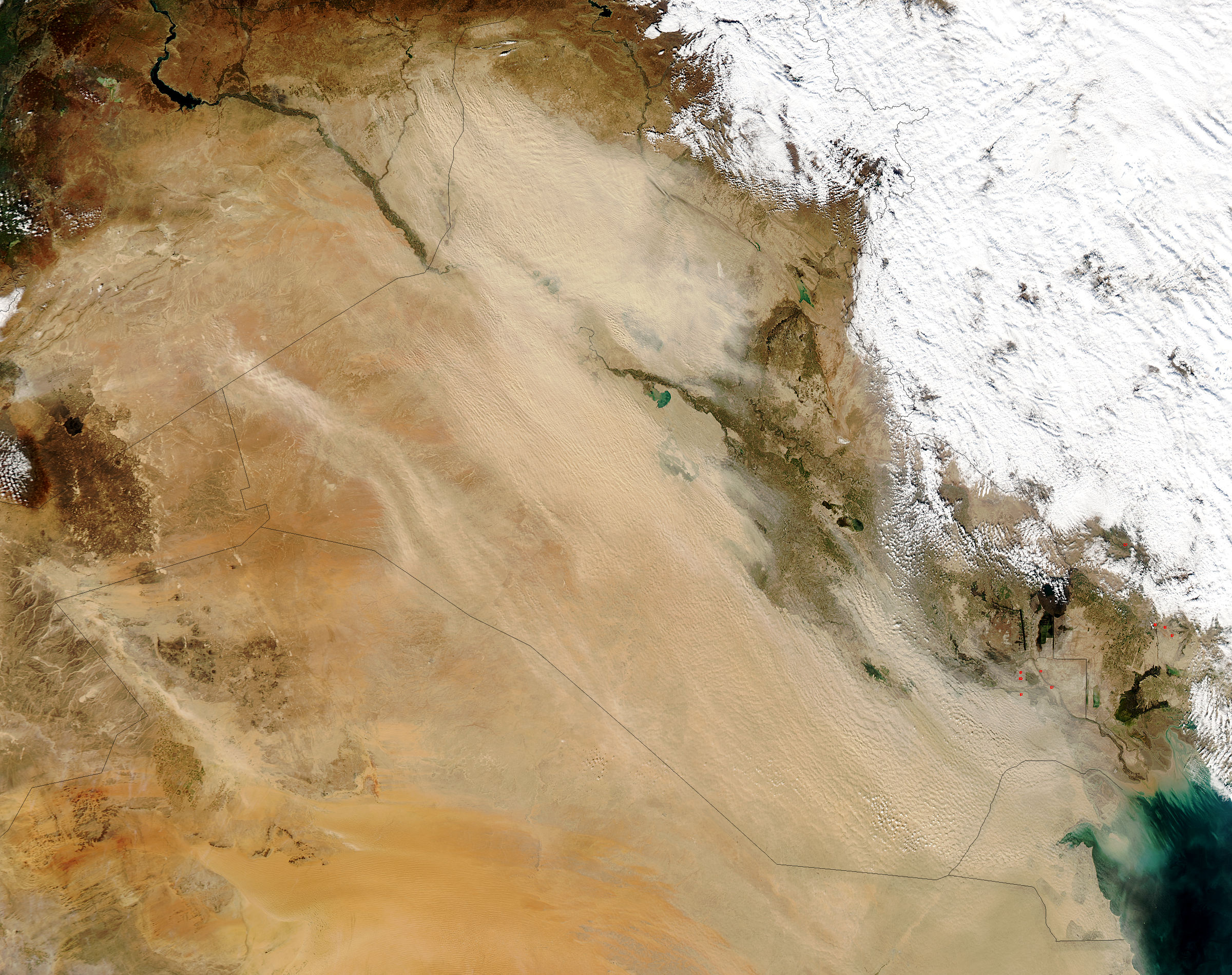 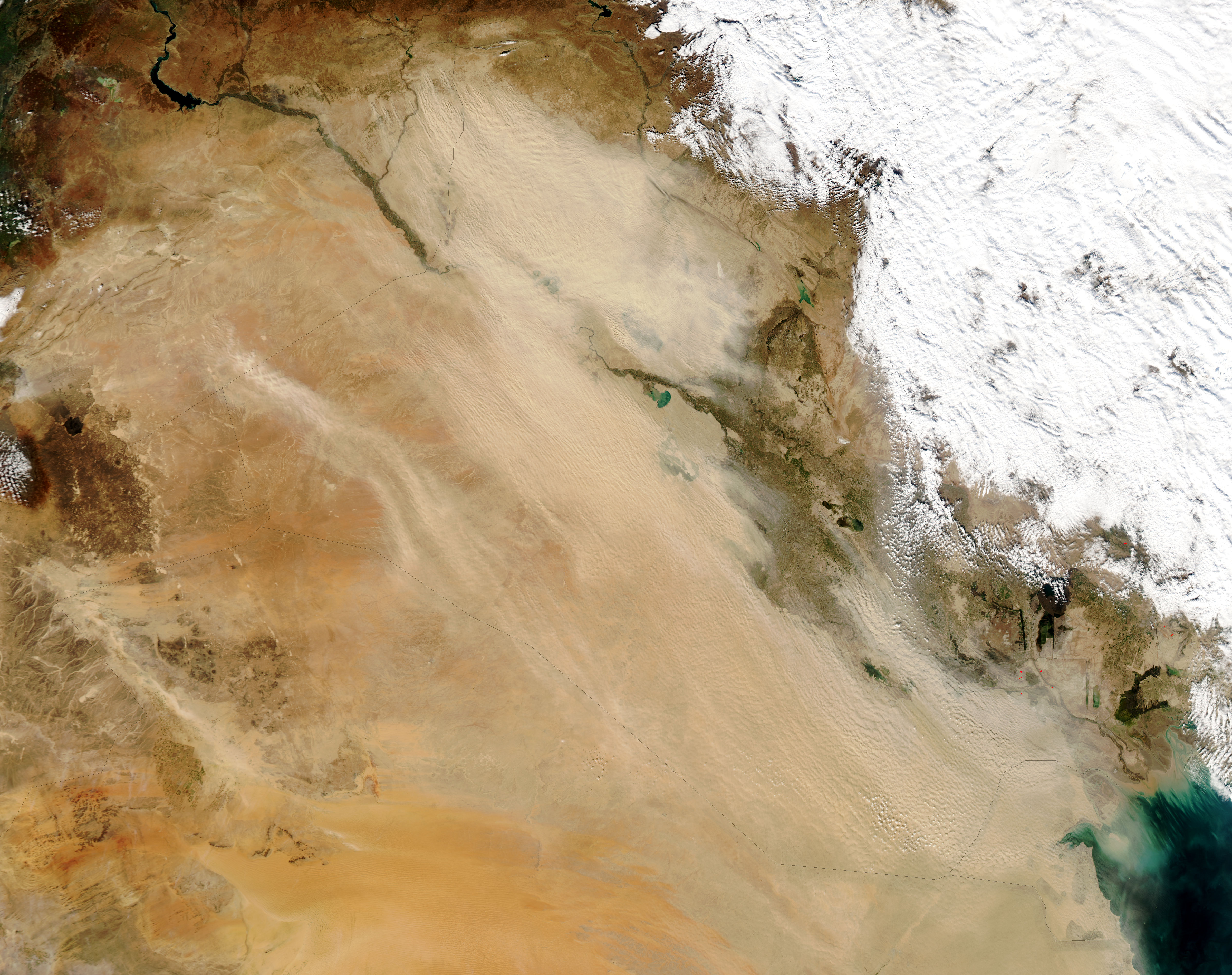 A large dust storm was blowing over and obscuring the Tigris and Euphrates rivers when this image was acquired on January 21, 2006. Both rivers originate in Turkey and flow through Syria (the country in the upper left corner of the image) into Iraq; the Tigris is on the right (East) side of the image. A large reservoir between the two rivers is also obscured in this image. Andy Ballantine from University of California, Santa Barbara observes that there are a number of salt pans and wadis on either side of the Syrian border to the north of the Euphrates River and speculates that these could be the sources of the dust seen in this image as these areas are usually associated with fine sediments. Several smaller plumes are visible in the image; they are also blowing from Northwest to Southeast, both further west and in Southern Iraq. Dust storms are a major health concern as well as a hazard to navigation. The U.S. military uses satellite images to track storms in Iraq and to improve meteorological forecasting for the region; the accurate forecasting of dust storms is essential in planning both air and ground operations.