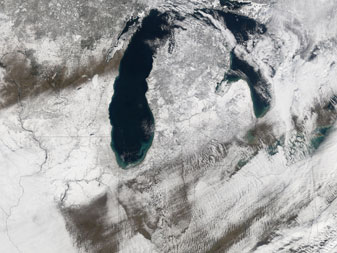 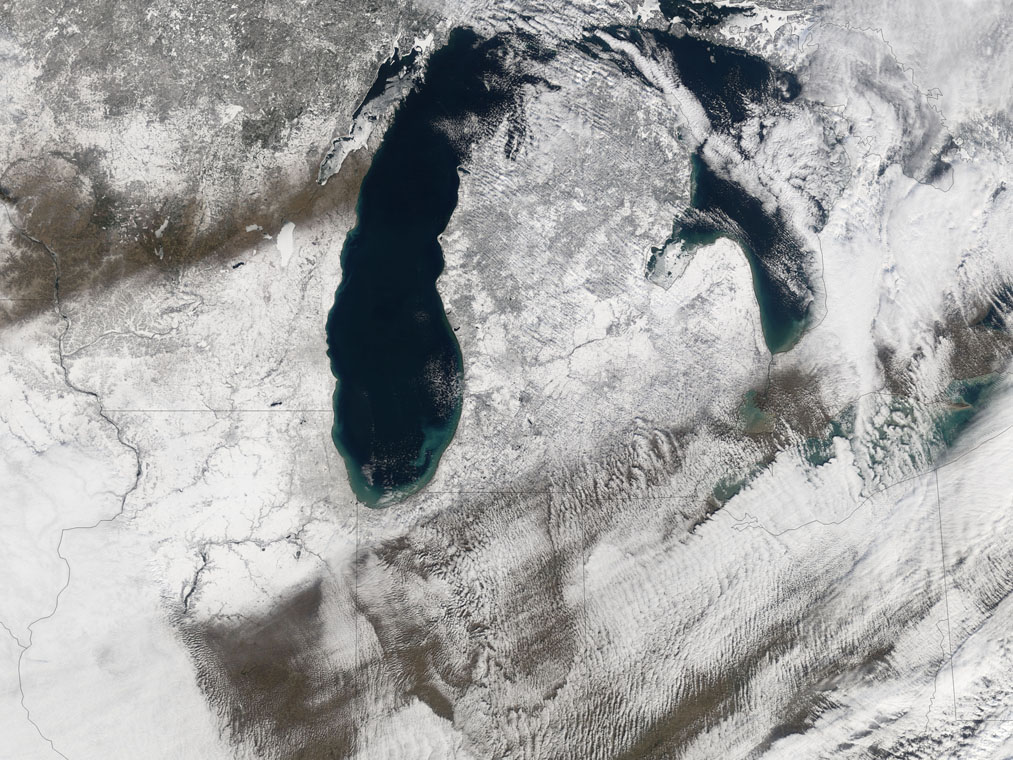 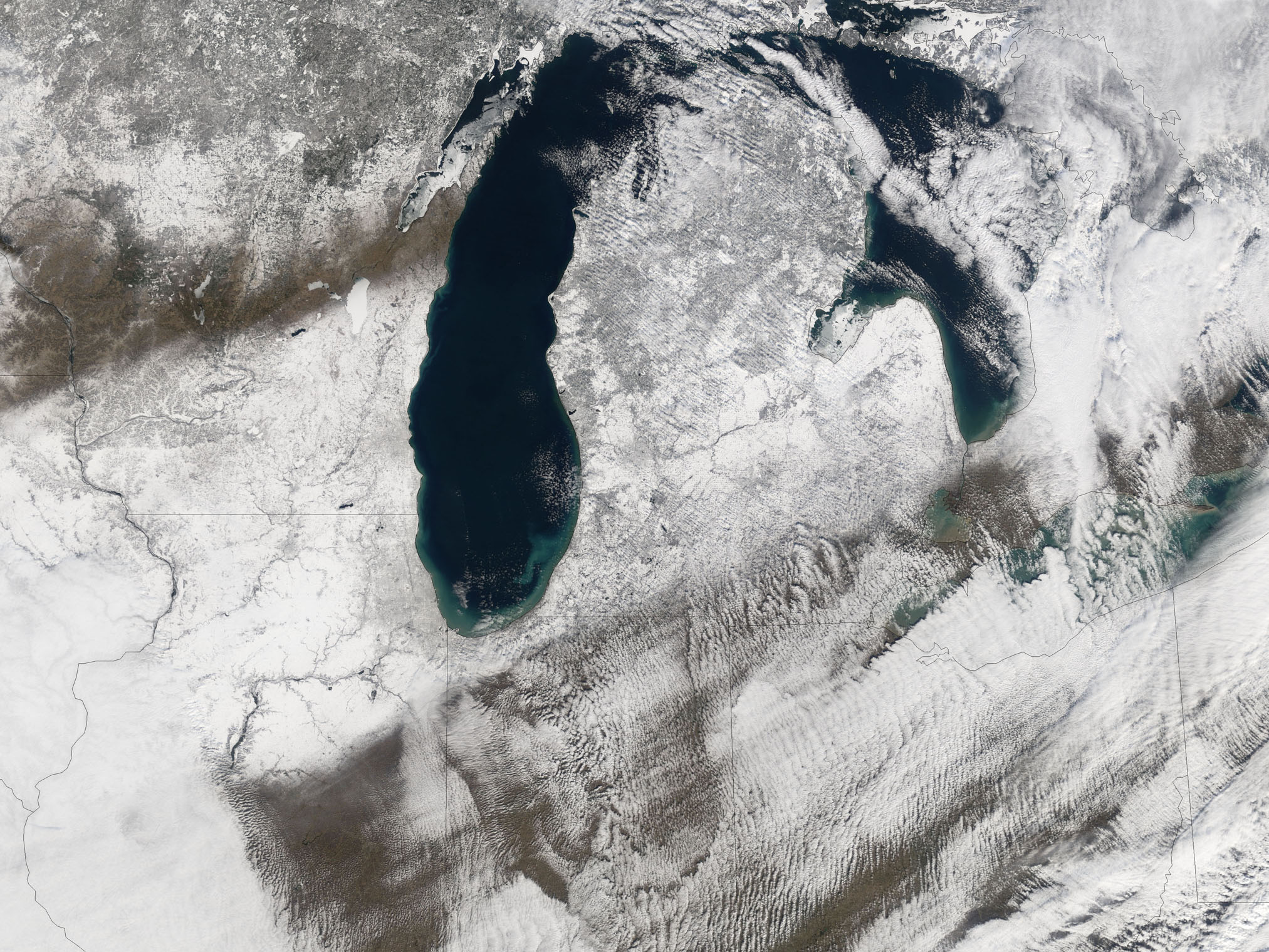 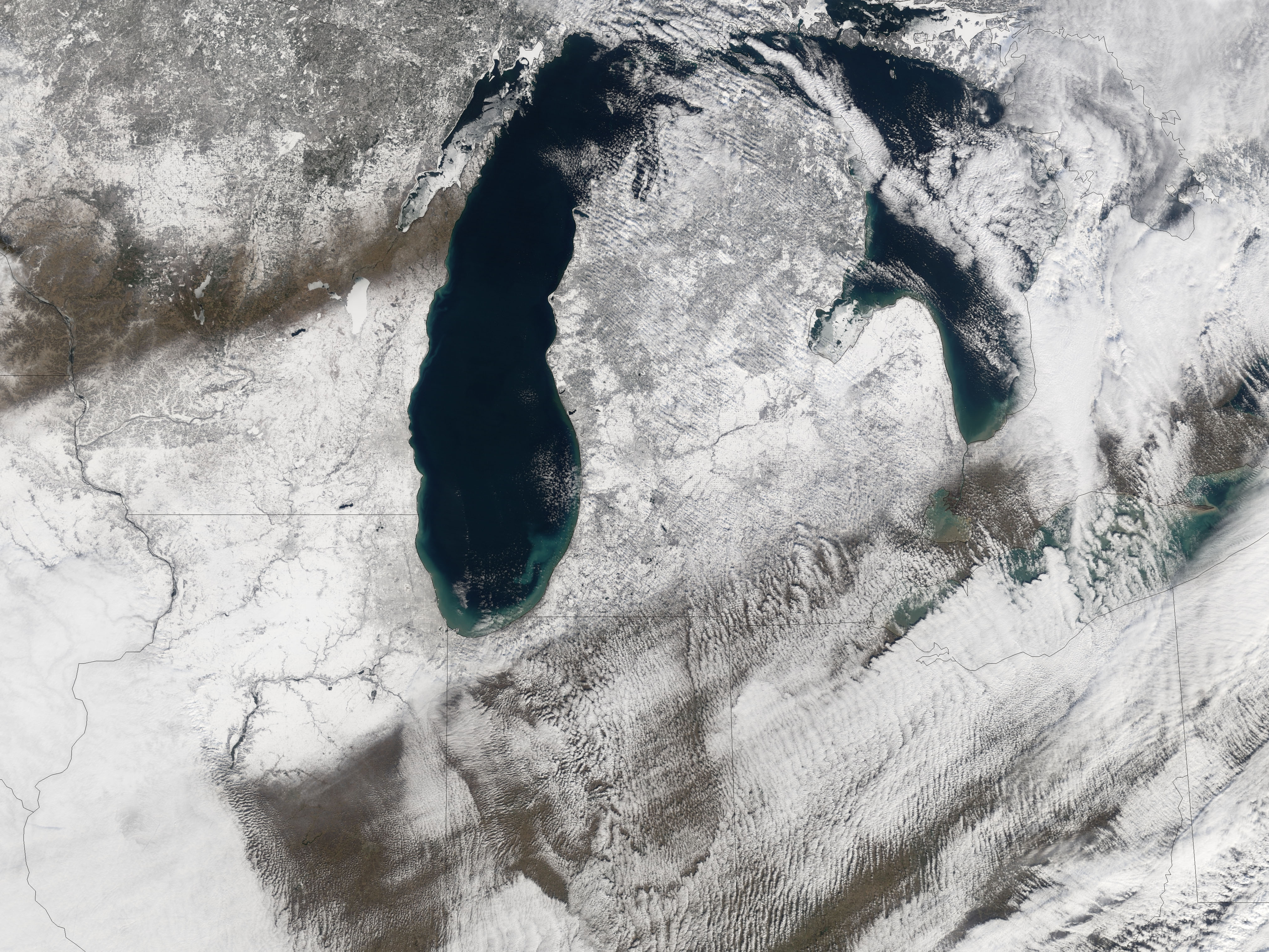 Snow storm across the Upper Midwest

The first snow storm of 2006 dumped several inches of snow across a wide swath of the Midwest, with snowfall totals from four to five inches recorded in Chicago to as much as a foot just north of the city. Beyond the traffic accidents caused by icy roads, the storm was not a remarkable one. It did, however, leave a clear track across the Midwest and the Great Lakes region. The Moderate Resolution Imaging Spectroradiometer (MODIS) on NASA’s Terra satellite captured this image of the storm on January 21, 2006, a day after the snow fell. The deep blue waters of Lakes Michigan, left, and Huron, right, stand out starkly against the background of white. Remarkably, the lakes show no sign of freezing. At this time in 2005, the shores of both lakes were fringed with ice. January 2006 has been warmer than average across the United States. Average weekly temperatures in the area shown in this image have ranged from 5 degrees Celsius above average to more than 8.3 degrees Celsius above average, according to the National Climate Data Center.