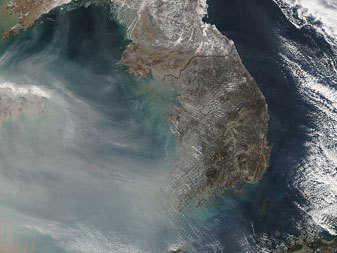 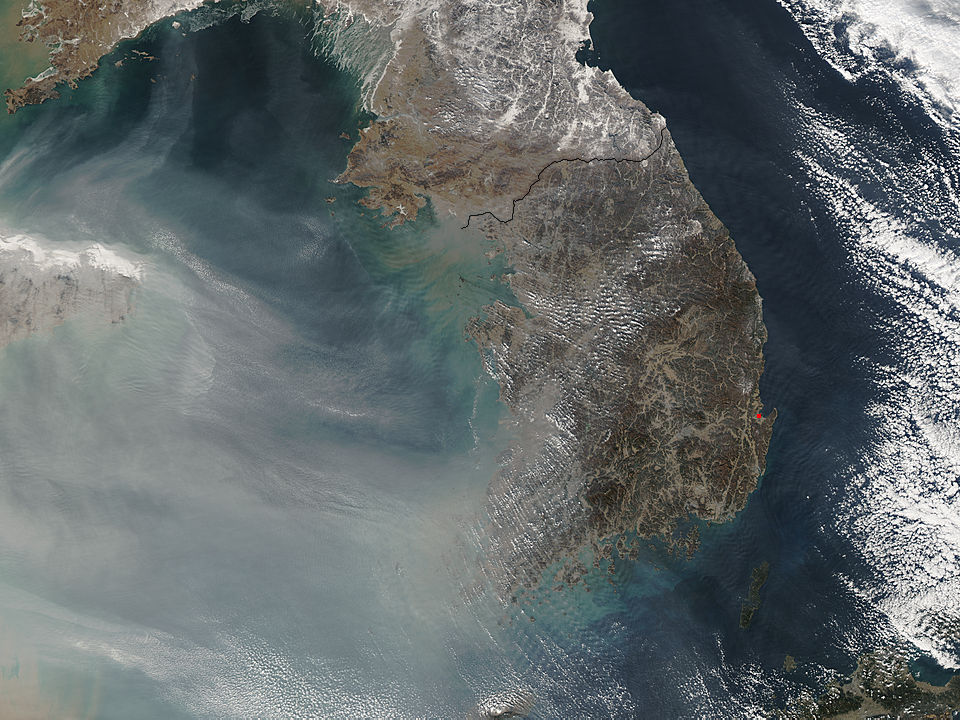 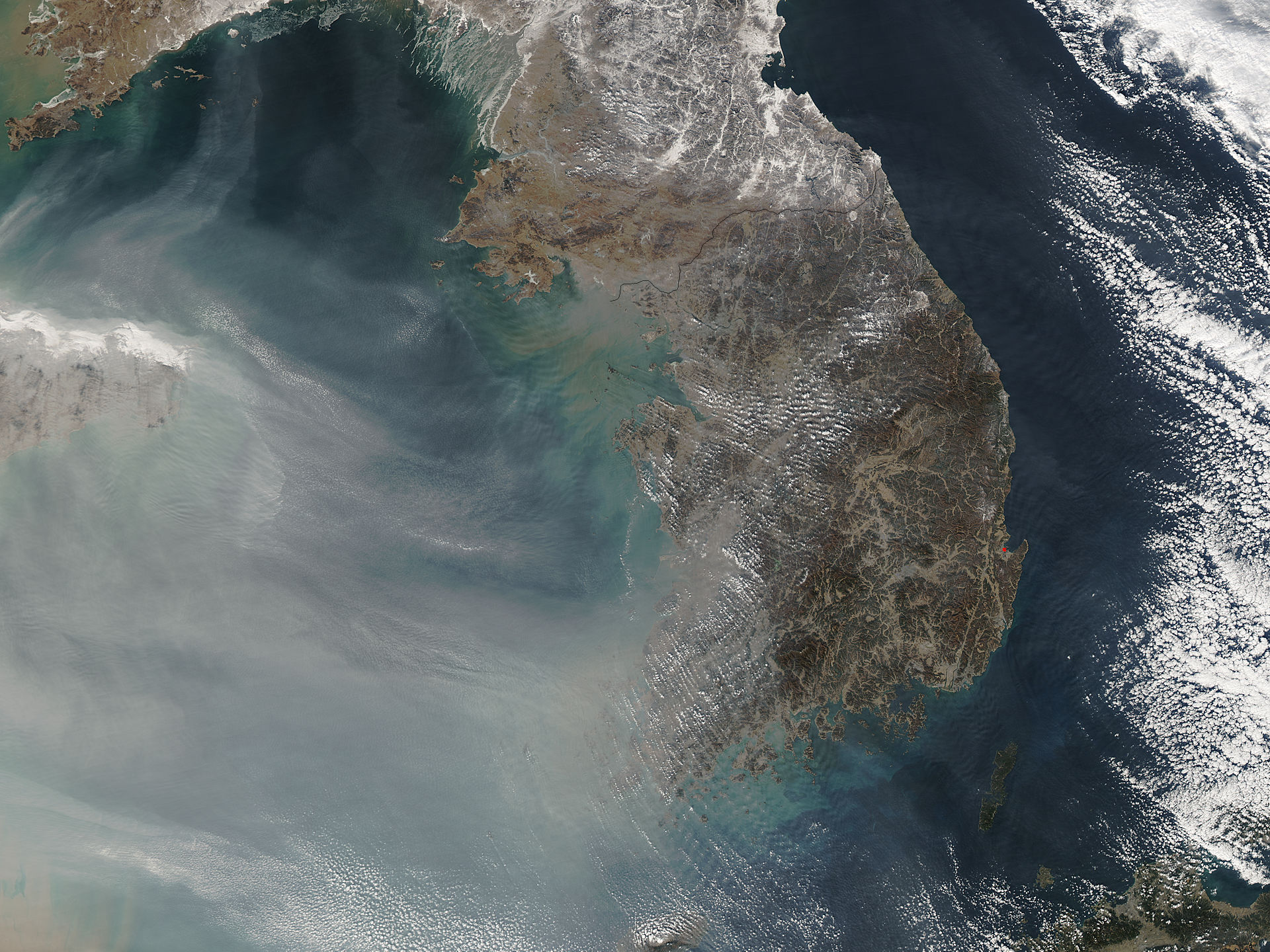 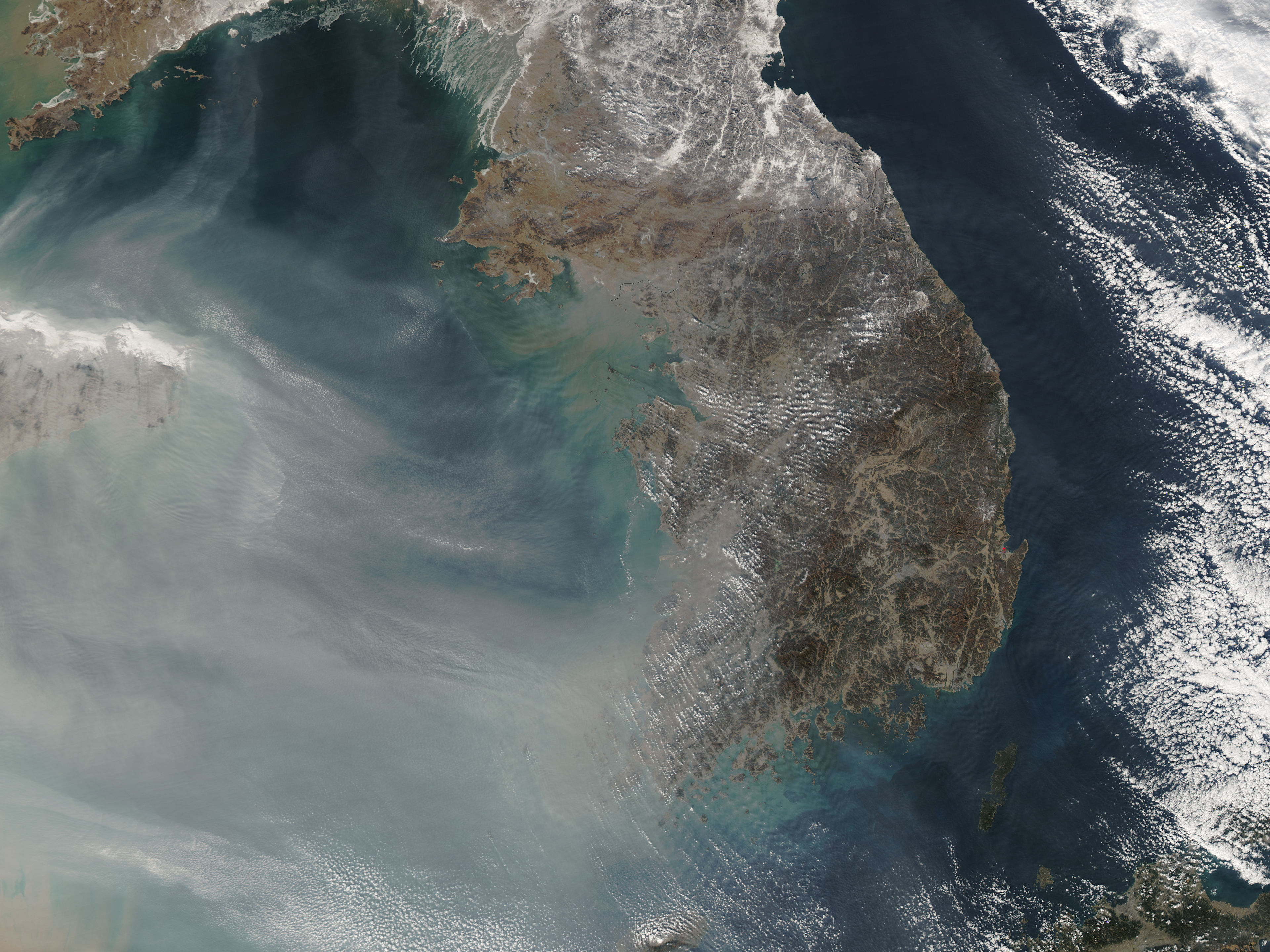 Skies over China have darkened in the past five decades, thanks to a nine-fold increase fossil-fuel emissions. Yun Qian and collaborators examined data from over 500 weather stations, finding a reduction overcast days and an increase in cloud-free days. In January 2006, they reported these results in the journal Geophysical Research Letters. According to the Associated Press, Qian stated that pollution (mainly soot and sulfur) reduces sunlight, allowing less of it to reach China’s urban areas. The Moderate Resolution Imaging Spectroradiometer (MODIS) flying onboard the Aqua satellite captured this image on January 27, 2006. In this image, a thick plume of smog makes its way across the Yellow Sea towards Korea. To the east, cloud cover can be discerned by its bright white appearance, compared to the pollution’s dingy gray. Smog is a major health concern; according to the American Heart Association, it has been linked to heart disease and stroke. Smog may also be associated with reduced immune systems response and cause damage to the lining of the lungs. China’s rapidly growing economy has let to increased consumption of fossil fuels for energy as well as a dramatic increase in the number of automobiles, which have doubled in the last decade or so.