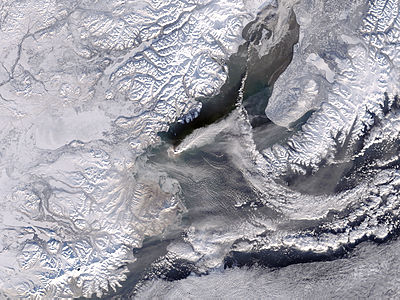 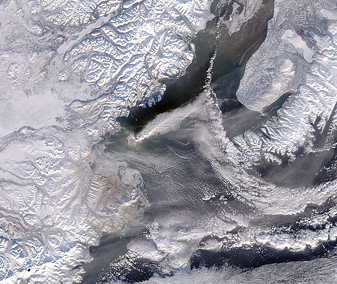 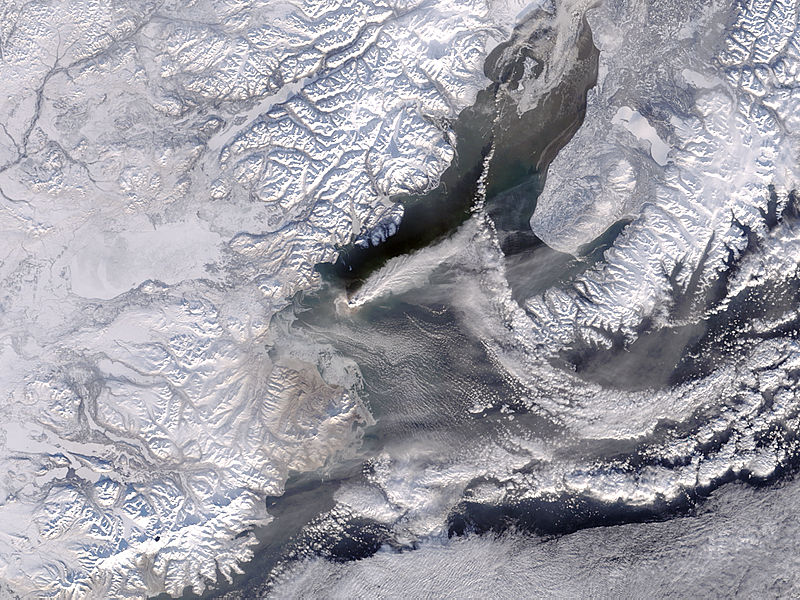 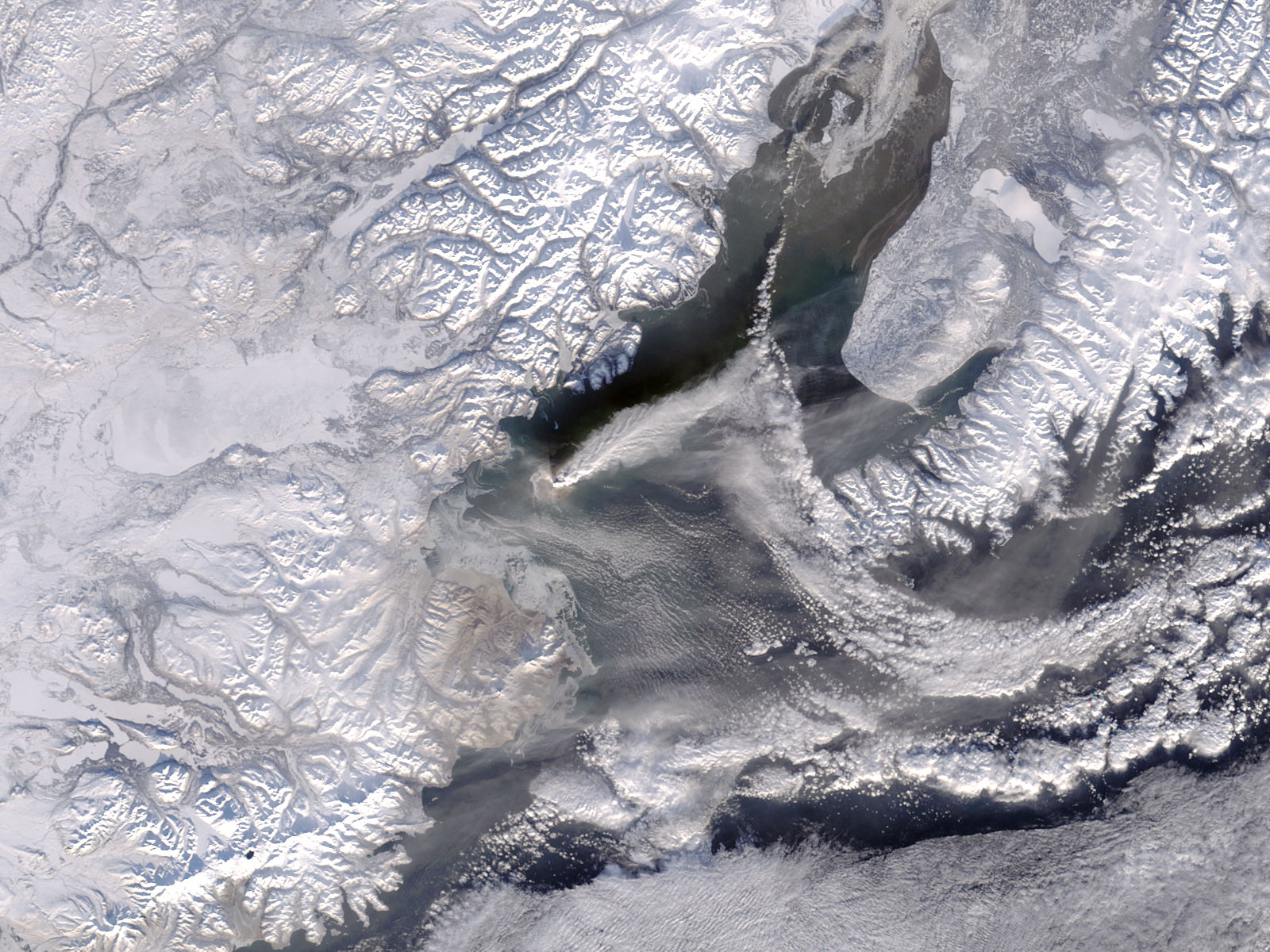 The Augustine Volcano was continuing to erupt, spewing ash, steam, and gases high into the atmosphere, when this image was acquired on January 30, 2006. The eruption began on Friday, January 27. The volcano is located on an uninhabited island (of the same name, Augustine), located at roughly the center of the image; the plume that its eruption caused begins in the center of the image and trails towards the upper right corner. This volcano is very active, and combined with its proximity to Anchorage, is one of the more serious natural hazards in the state of Alaska. Ash poses a health risk as well as a danger to navigation, hence the closure of local airports earlier in the week. Previous major eruptions of the Augustine Volcano occurred in 1976 and 1986; the latter eruption blew ash into the air upwards of 14.5 kilometers (9 miles). The series of islands for which Alaska is famous is a part of an island arc, a string of volcanoes that form above what geologists call a “hot spot”. The plate (on which the islands currently rest) moved over a column of hot magma or liquid rock and the islands were formed as the magma cooled into volcanic rock. Augustine is a “stratovolcano”, a large, conical mountain formed from lava flow and volcanic ash. Just under half of all volcanic eruptions in the last 10,000 years have been from stratovolcanoes-- including Mt. St. Helens in 1980 and 2004-2005.