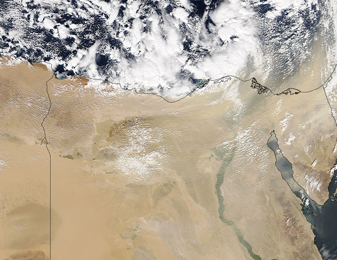 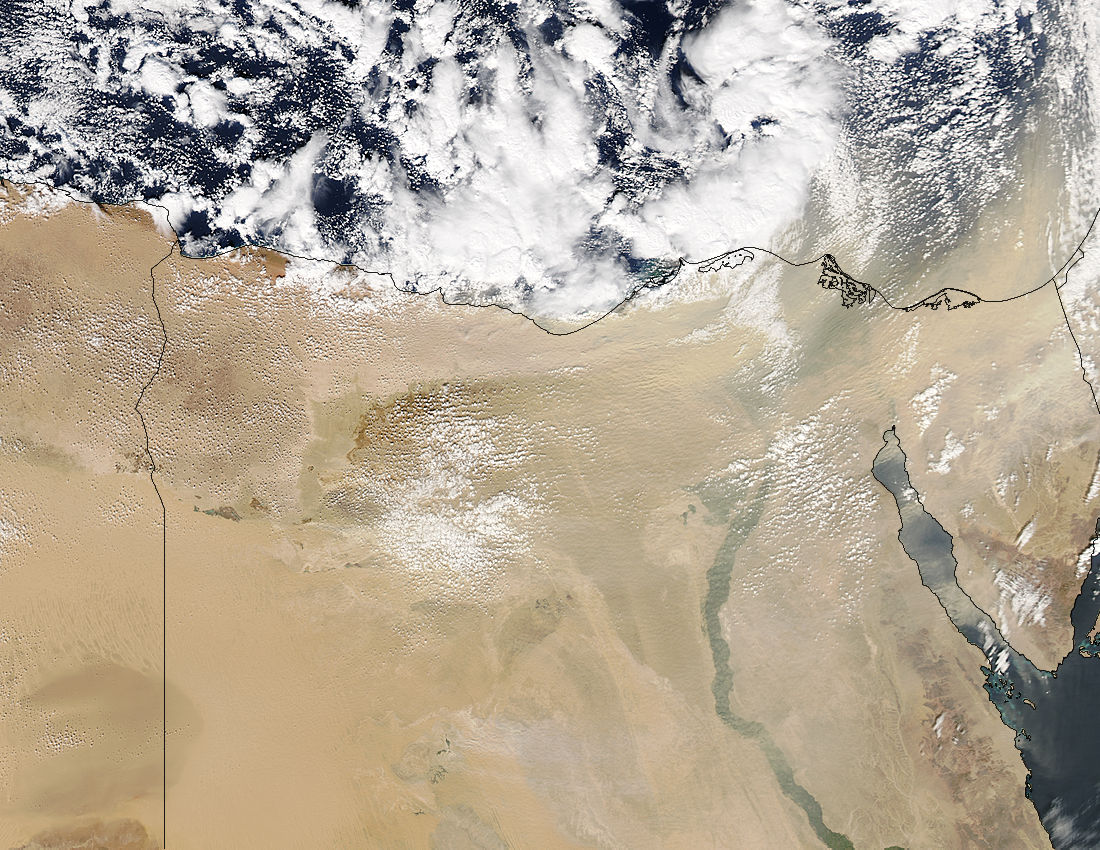 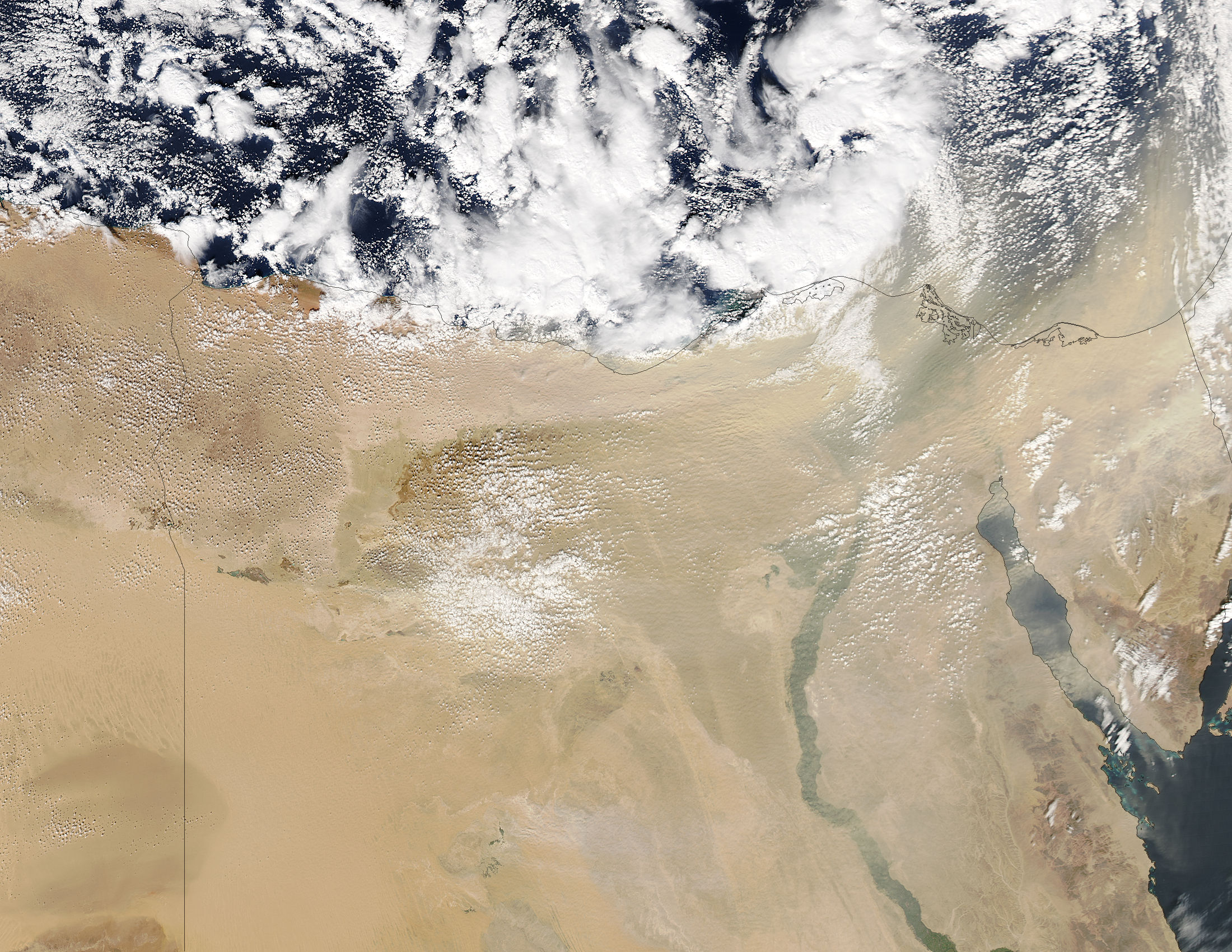 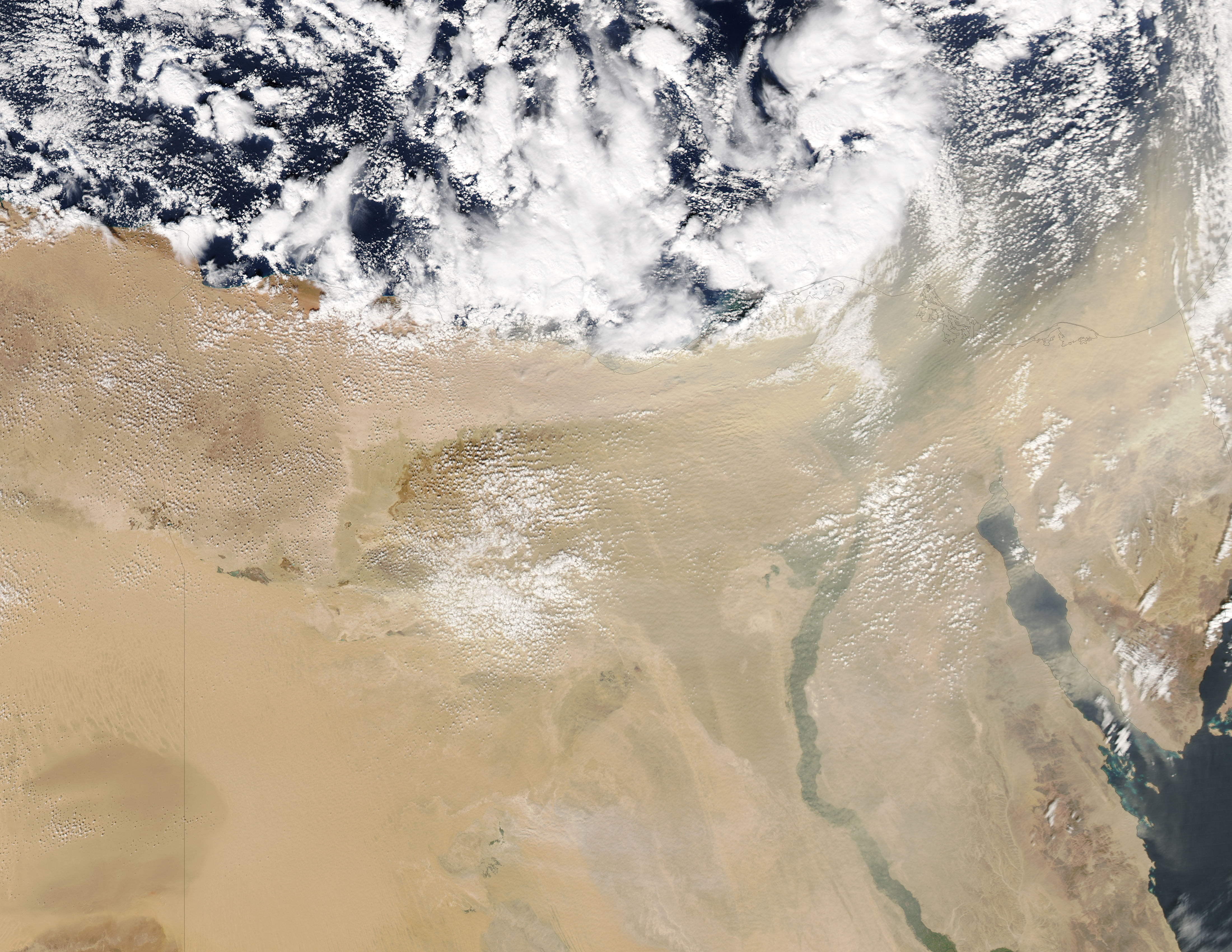 A massive dust storm obscures the Nile River Valley and Delta in this image acquired on February 8, 2006. Westerly winds are kicking up dust, perhaps from the Qattara Depression (just below and to the left of the approximate center of the image), one of the largest sources of dust on the planet. A series of dry lakebeds are located to the west and northwest of the depression and appear as brown patches. According to Andy Ballantine from the University of California, Santa Barbara’s Institute for Computational Earth System Science, the lakebeds in the Qattara Depression, or possibly fine-grained deposits near them, are the likely source of the dust storm; the most concentrated part of the plume seems to be the northern part which would agree with the pattern of lakebeds (assuming they are all emitting dust equally). Also visible in the image are brown and greenish areas to the west of the clouds (near the Libyan border) that are associated with the Siwa Oasis.