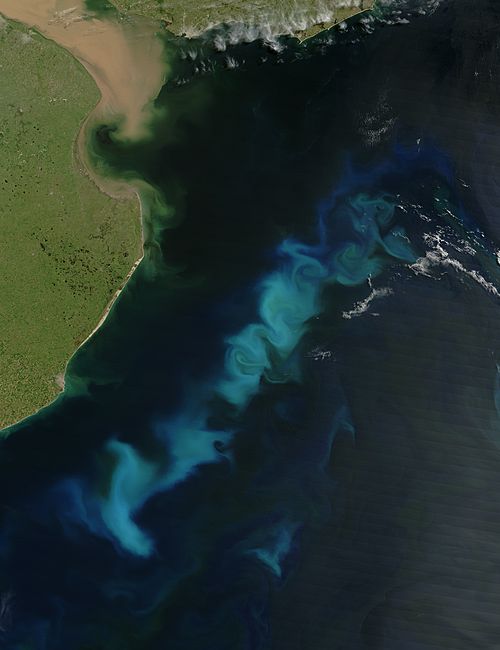 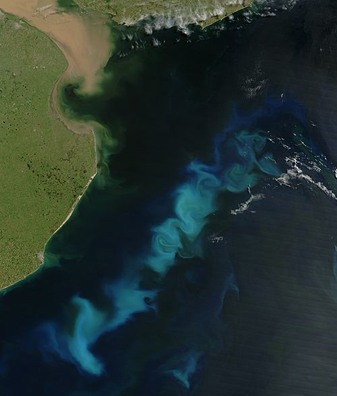 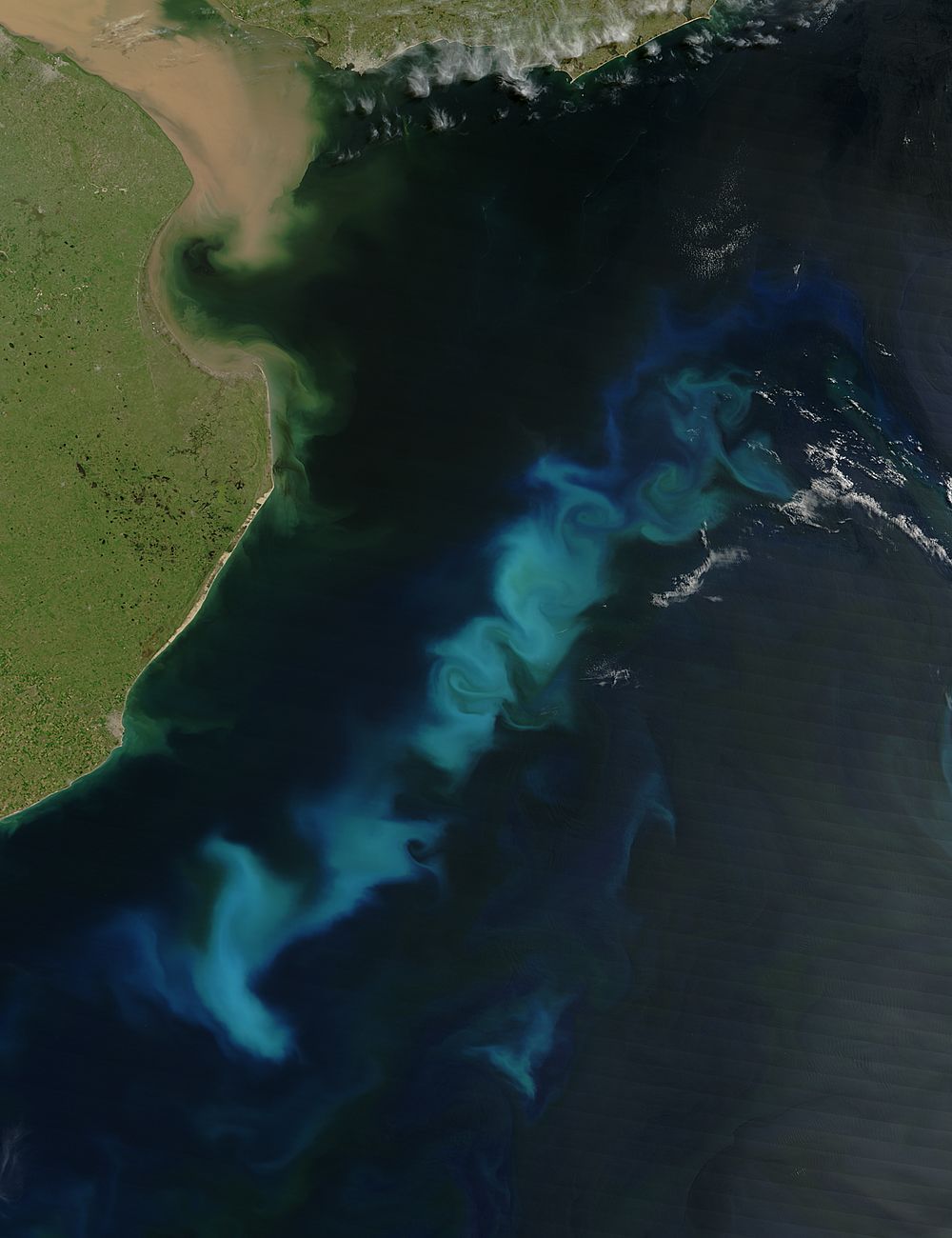 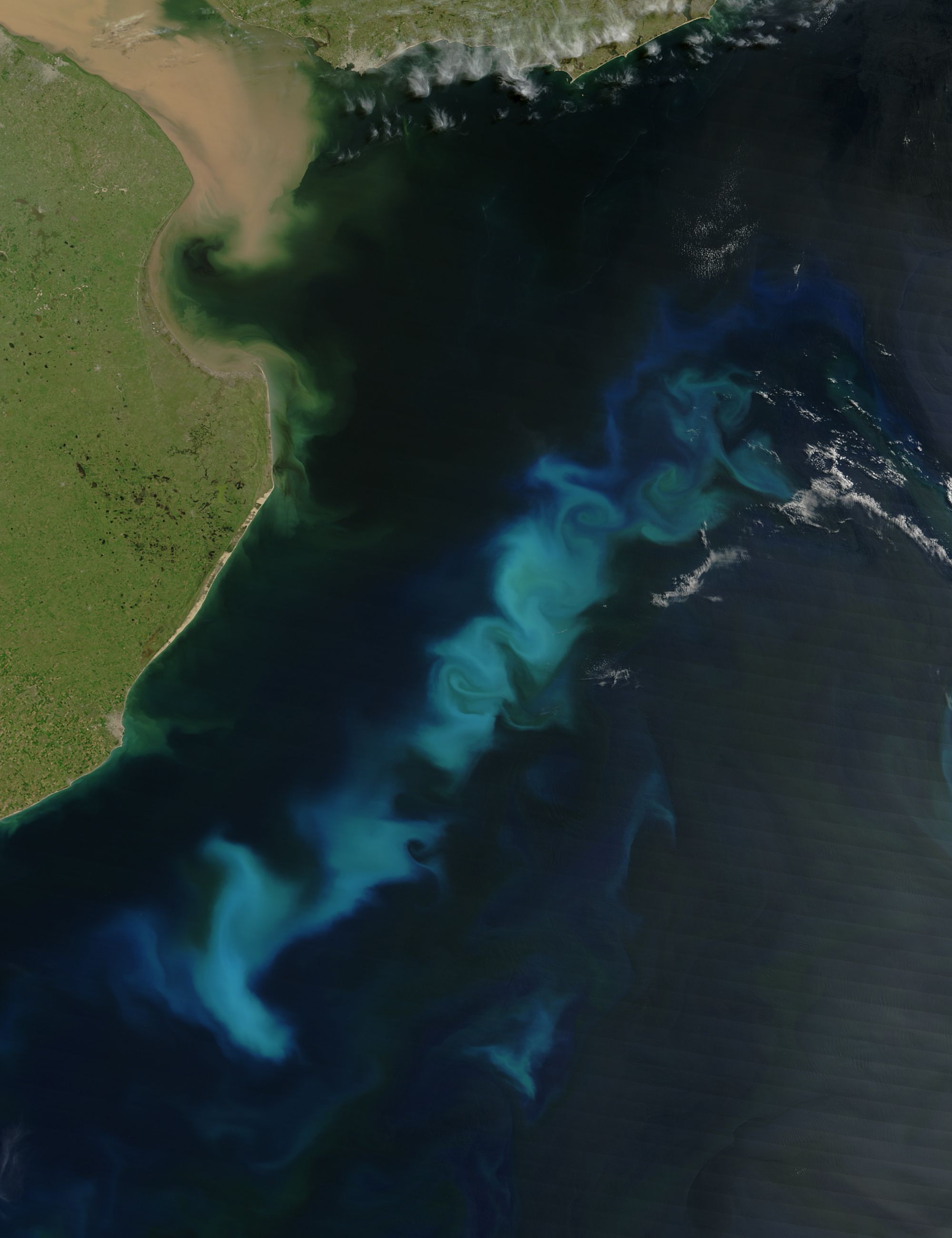 The large blue swirls visible in this image signify large phytoplankton blooms off of the coast of Argentina. Phytoplankton are tiny, microscopic plants that form the base of the food web in marine ecosystems; they are consumed by zooplankton, or microscopic animals, which in turn are eaten by variety of fish, whales, and birds. Often blooms such as this one are fed by the upwelling of nutrients, which are occur when currents beneath the surface reach the coastline and are forced to the surface, carrying minerals towards the surface. In this particular case, it is also possible that nutrients are being carried into the delta by the River Plate at the confluence of the rivers Uruguay and Parana, visible in the upper left portion of the image. This region is habitat for La Plata (also known as Franciscana) dolphins , a very rare species and one of the smallest cetaceans or whales in the world. This elusive and largely solitary species prefers shallow coastal waters, where they are sometimes accidentally caught and killed in shark nets.