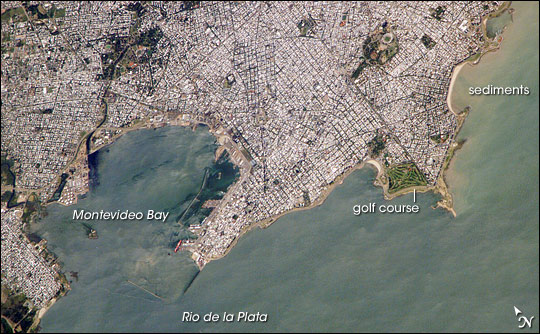 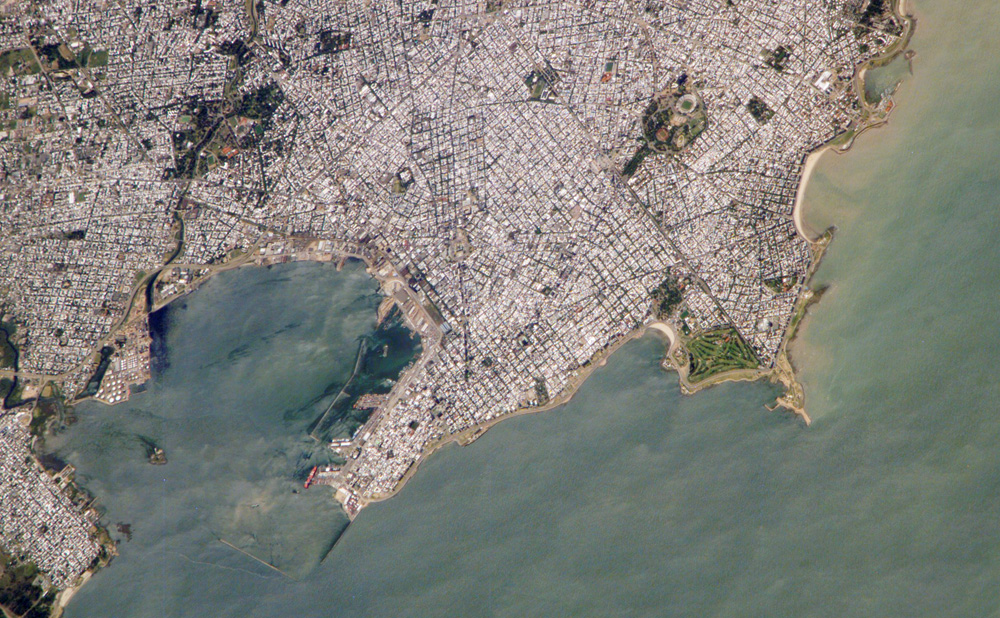 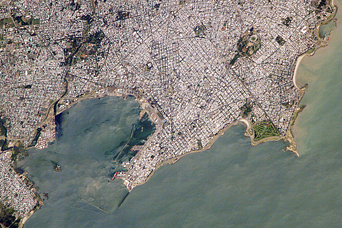 Reflective roofing materials and dark asphalt streets outline the urban grid pattern of Uruguay’s capital city, Montevideo, in this astronaut photograph. The city may be viewed as a precursor of a global population shift from dominantly rural to urban environments, a shift the United Nations estimates will occur by 2030. Nearly half of Uruguay’s total population now lives in the Montevideo metropolitan area. Located on the southern coastline of Uruguay along the Rio de la Plata, Montevideo Bay provides an important harbor and port facilities for transport of South American agricultural products.

Astronaut photograph ISS014-E-13598 was acquired January 29, 2007, with a Kodak 760C digital camera using an 800 mm lens, and is provided by the ISS Crew Earth Observations experiment and the Image Science & Analysis Laboratory, Johnson Space Center. The image in this article has been cropped and enhanced to improve contrast. The International Space Station Program supports the laboratory to help astronauts take pictures of Earth that will be of the greatest value to scientists and the public, and to make those images freely available on the Internet. Additional images taken by astronauts and cosmonauts can be viewed at the NASA/JSC Gateway to Astronaut Photography of Earth.