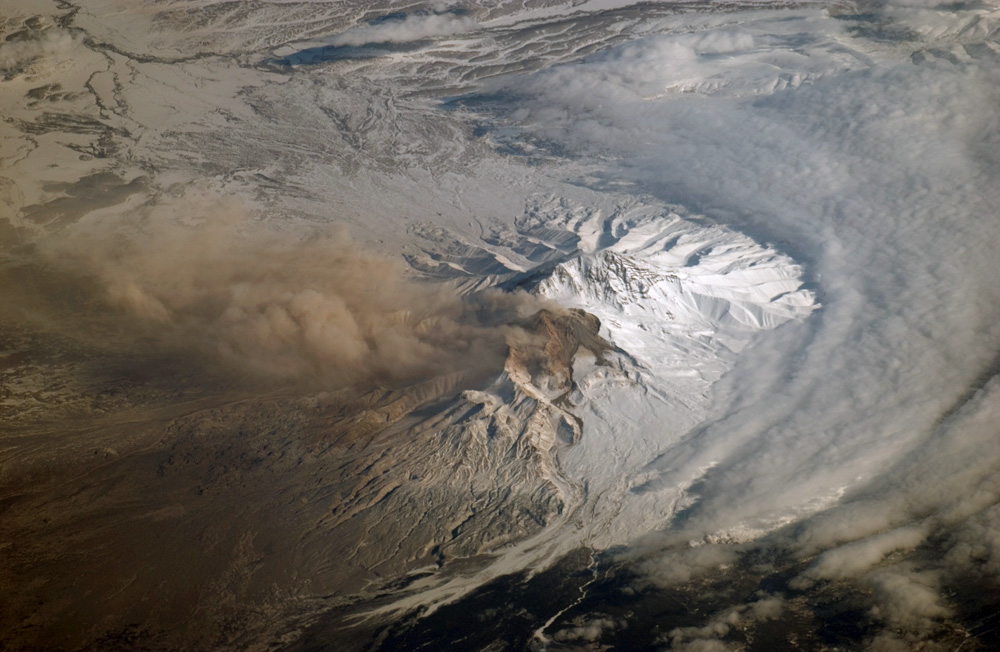 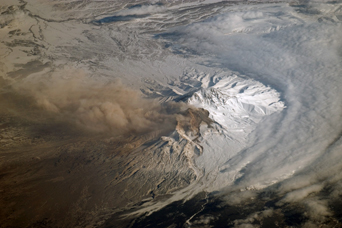 Shiveluch, one of Kamchatka’s most active volcanoes, began its latest activity with gas and steam emissions in mid- to late March 2007. This image was taken by astronauts aboard the International Space Station (ISS) around mid-morning on or around March 21, 2007. It shows a steam plume, probably containing minor amounts of ash, blowing westward from the summit of the volcano. The astronauts were crossing over the southern tip of Russia’s Kamchatka Peninsula, with a clear view of the volcano about 5 degrees north of the ground track of the ISS. Subsequent eruptions on March 29 and 30 have been recorded by the Kamchatka Volcano Observatory and NASA satellites.

Astronaut photograph ISS014-E-17165 was downlinked March 21, 2007, and was captured with a Nikon digital camera. The image is provided by the ISS Crew Earth Observations experiment and the Image Science & Analysis Laboratory, Johnson Space Center. The image in this article has been cropped and enhanced to improve contrast. The International Space Station Program supports the laboratory to help astronauts take pictures of Earth that will be of the greatest value to scientists and the public, and to make those images freely available on the Internet. Additional images taken by astronauts and cosmonauts can be viewed at the NASA/JSC Gateway to Astronaut Photography of Earth.