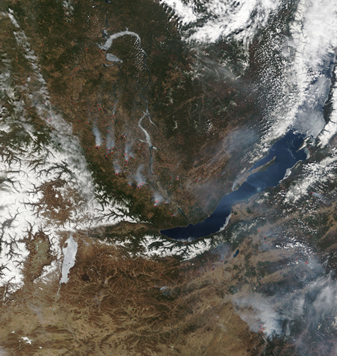 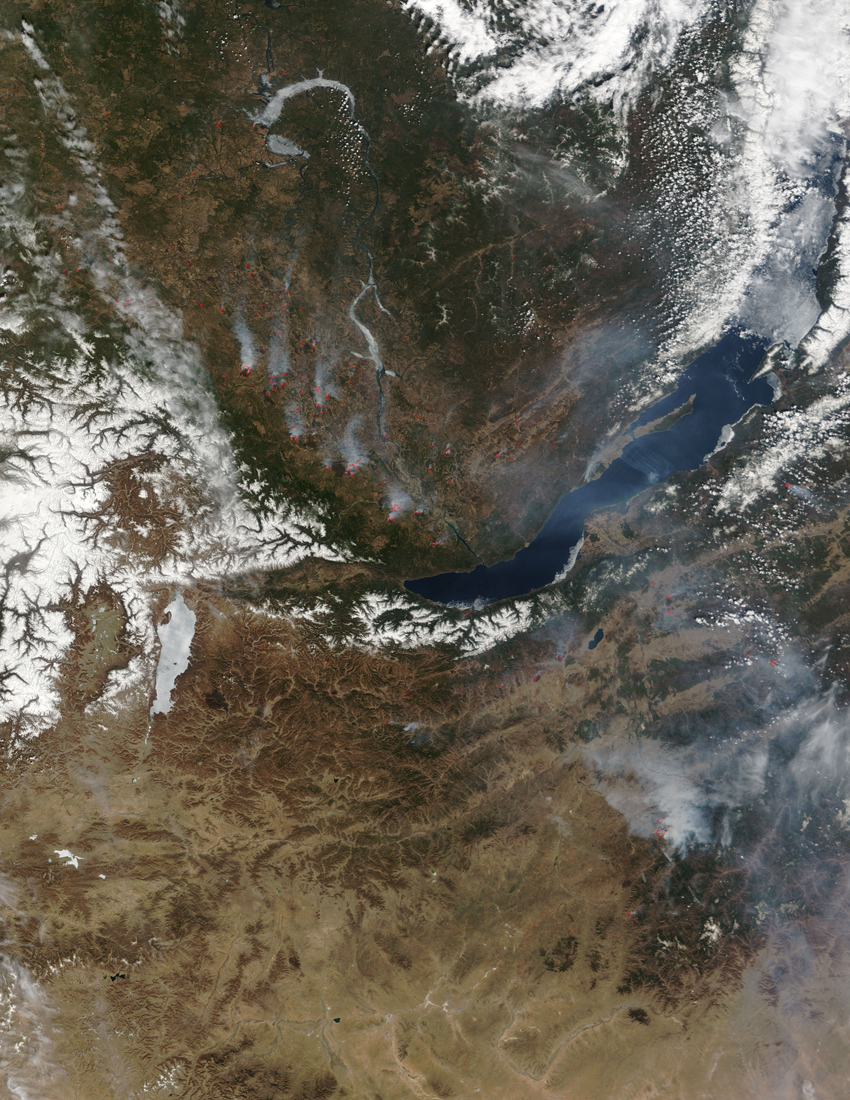 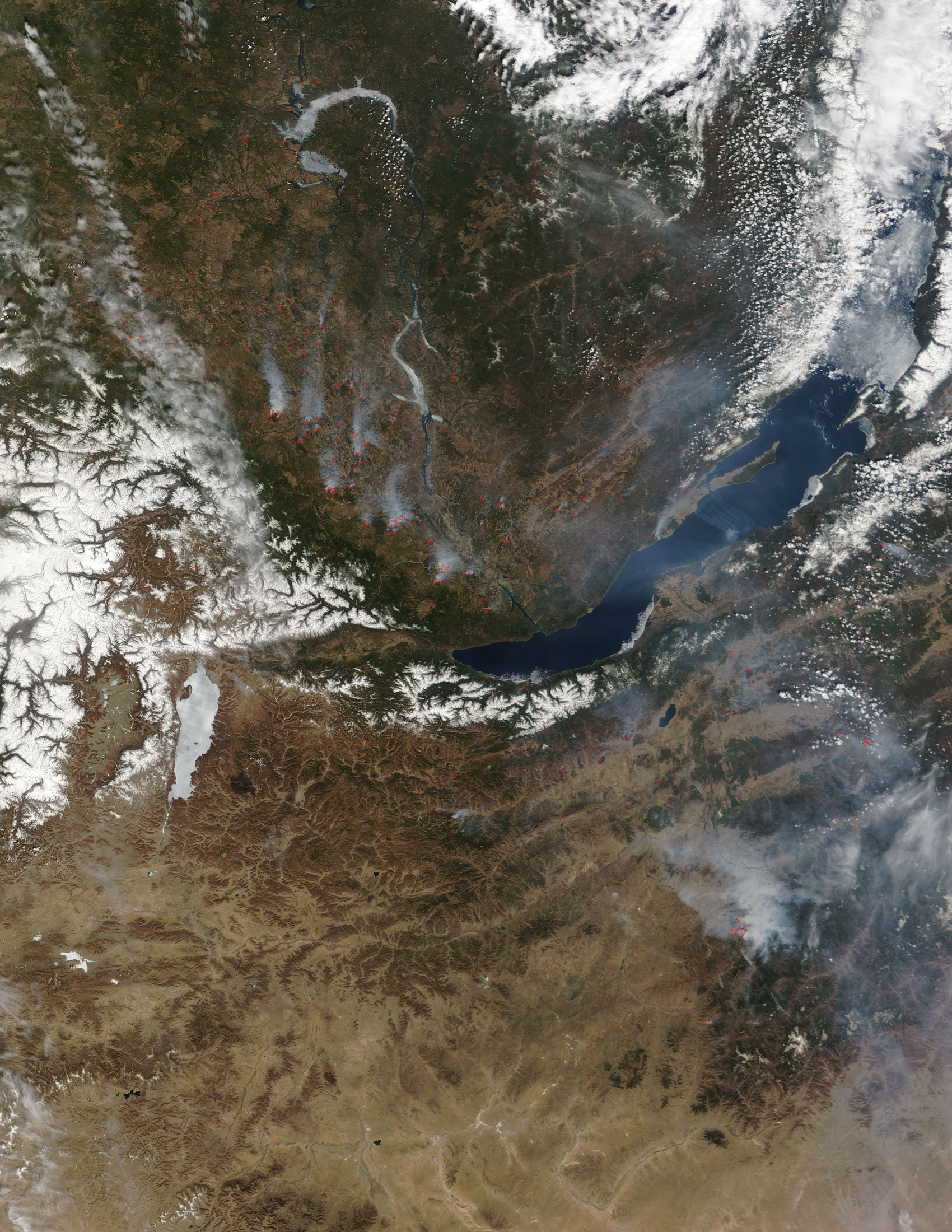 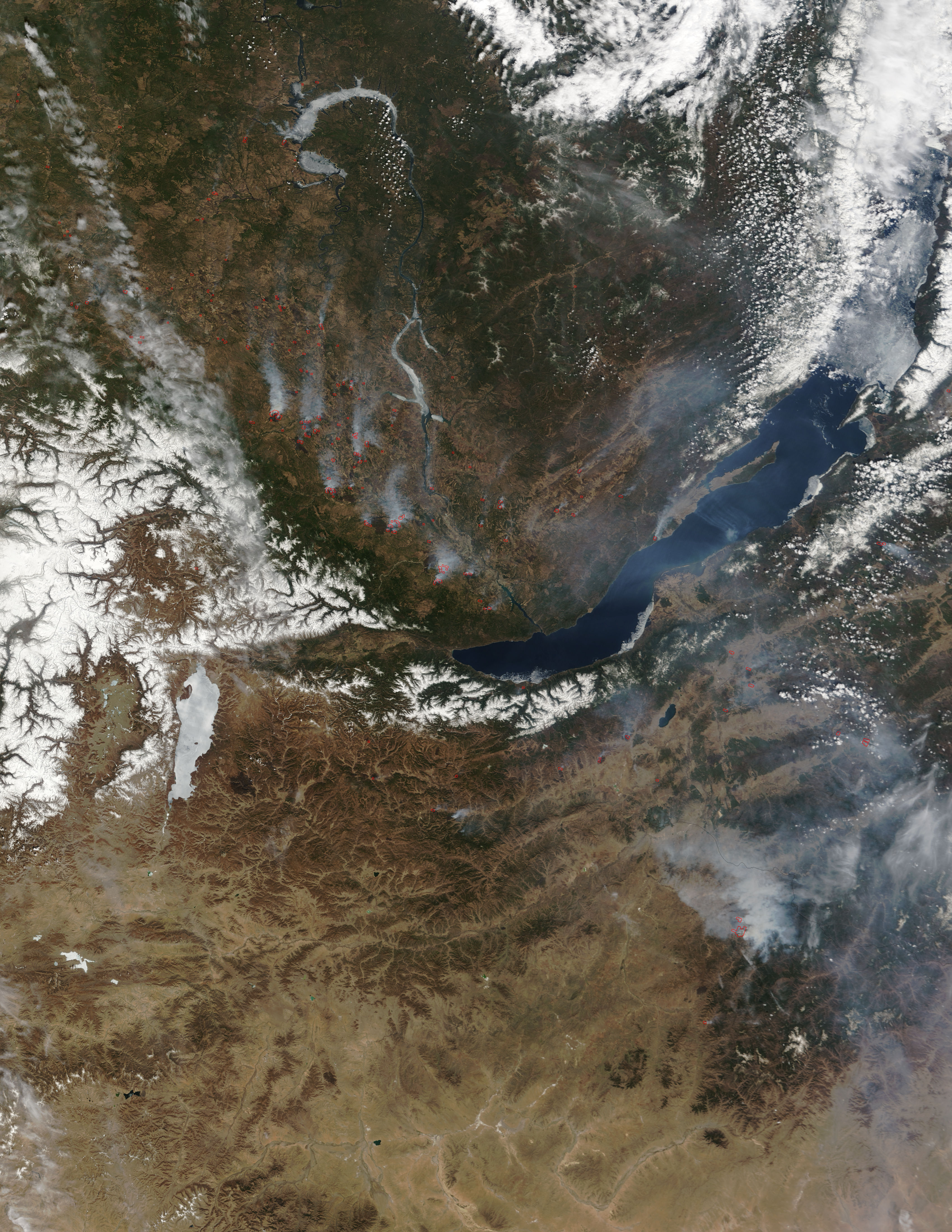 In southern Russia's Irkutsk region, dozens of fires were burning between the snow-capped Vostochnny Mountains and the Angara River on May 26, 2006. The MODIS on NASA's Terra satellite captured this image and fire detections (marked in red) as it passed overhead that day. A large, smoky fire was also burning in Mongolia on this day. Lake Baikal still had ice clinging to its shoreline in places, and part of the Angara River was still ice-covered as well.