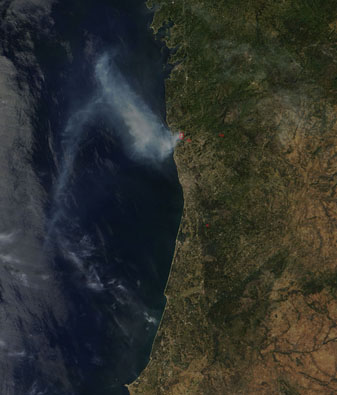 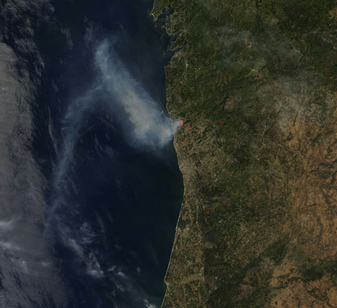 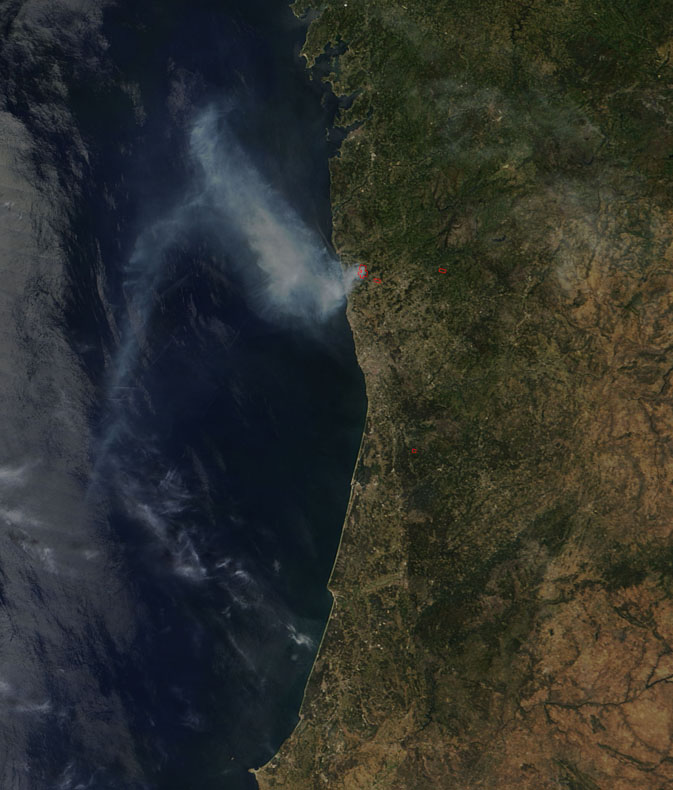 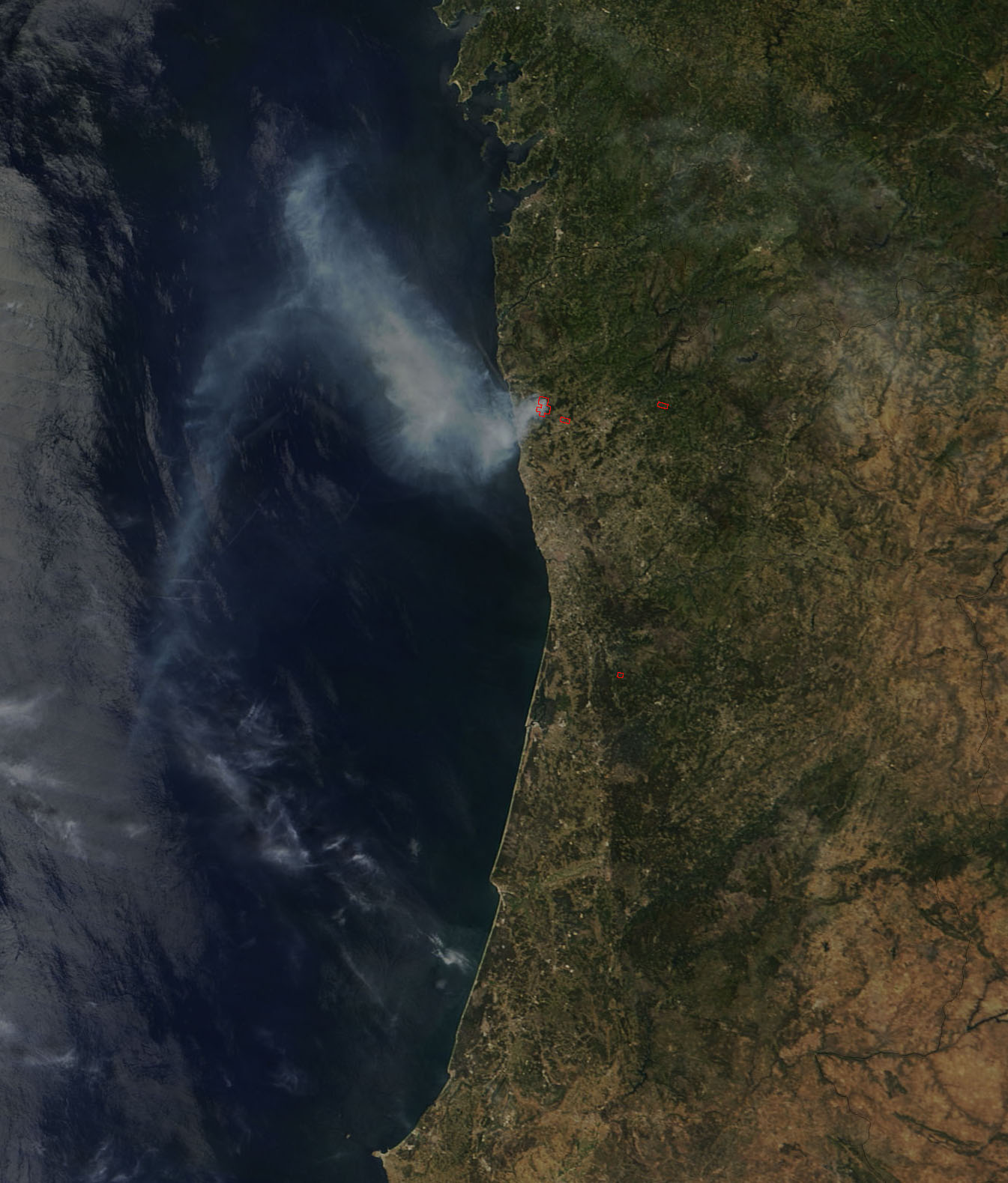 The MODIS on NASA’s Terra satellite detected a large fire burning in northwest Portugal on June 5, 2006. The fire, outlined in red, was billowing a cloud of smoke that spread out over the Atlantic Ocean. The fire is near the border of Portugal and Spain, which both share the Iberian Peninsula.