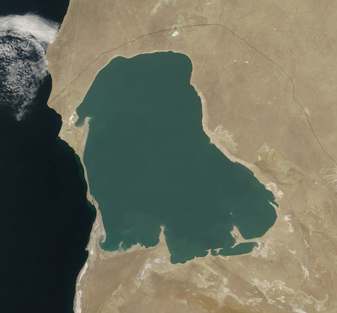 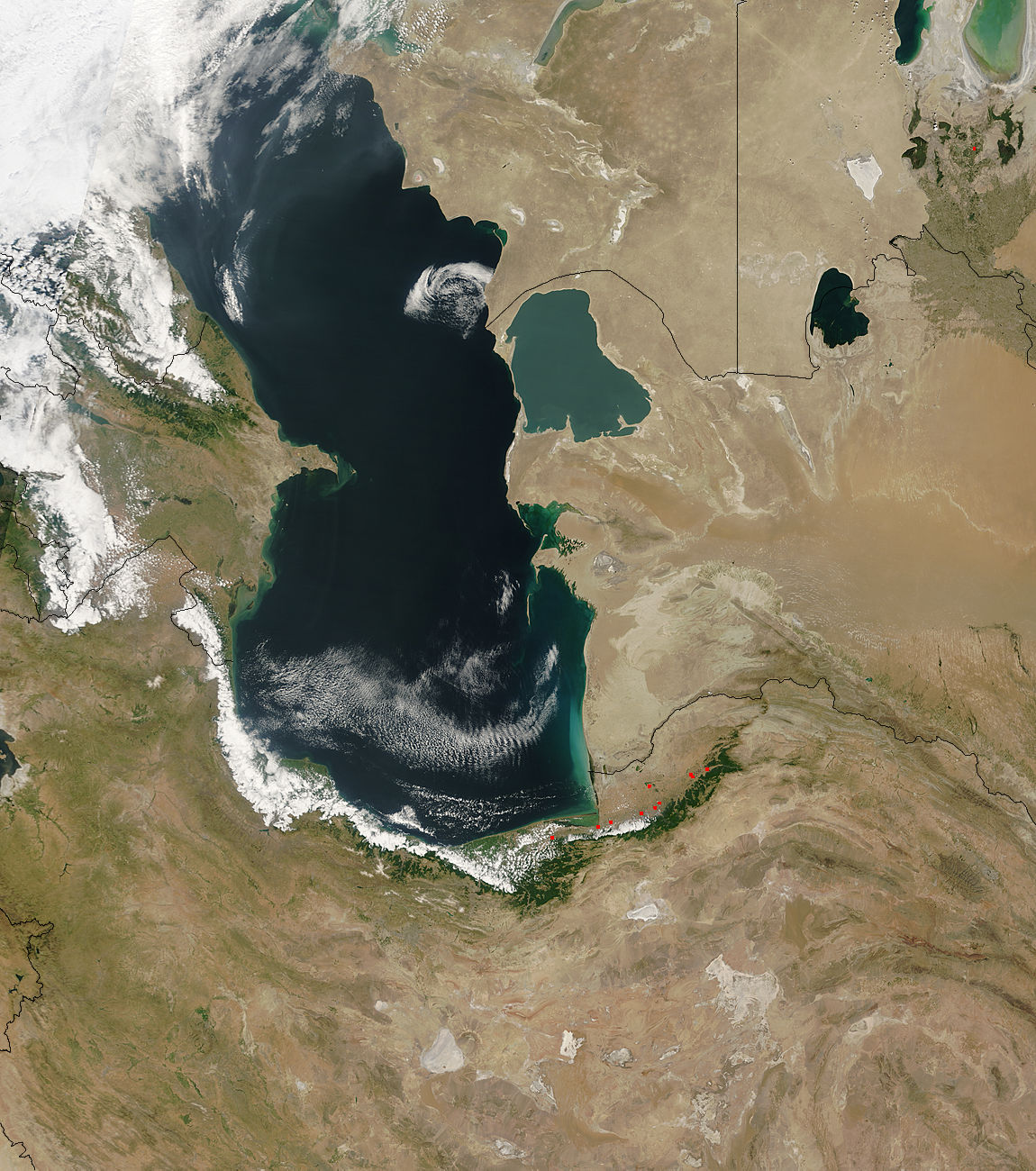 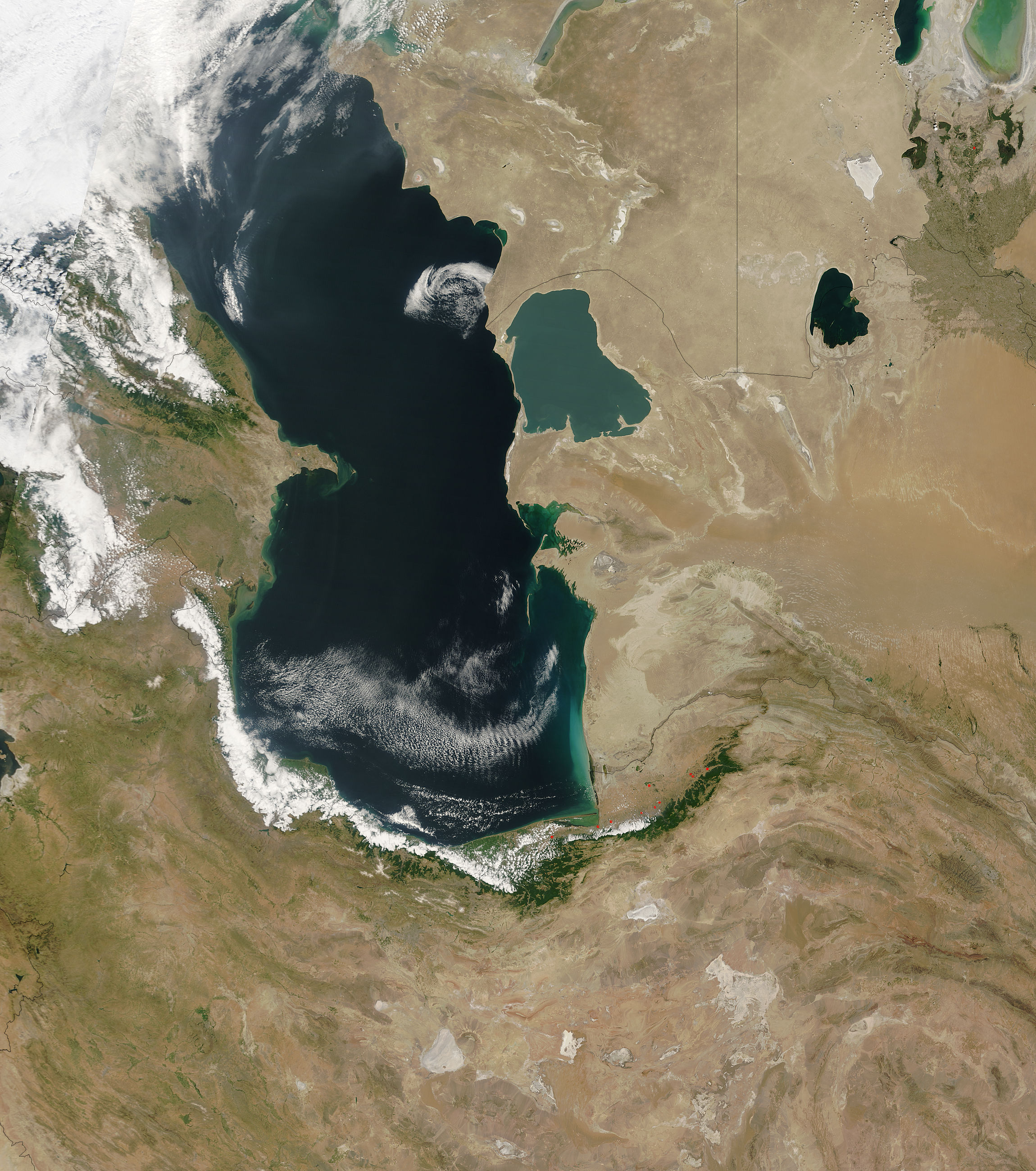 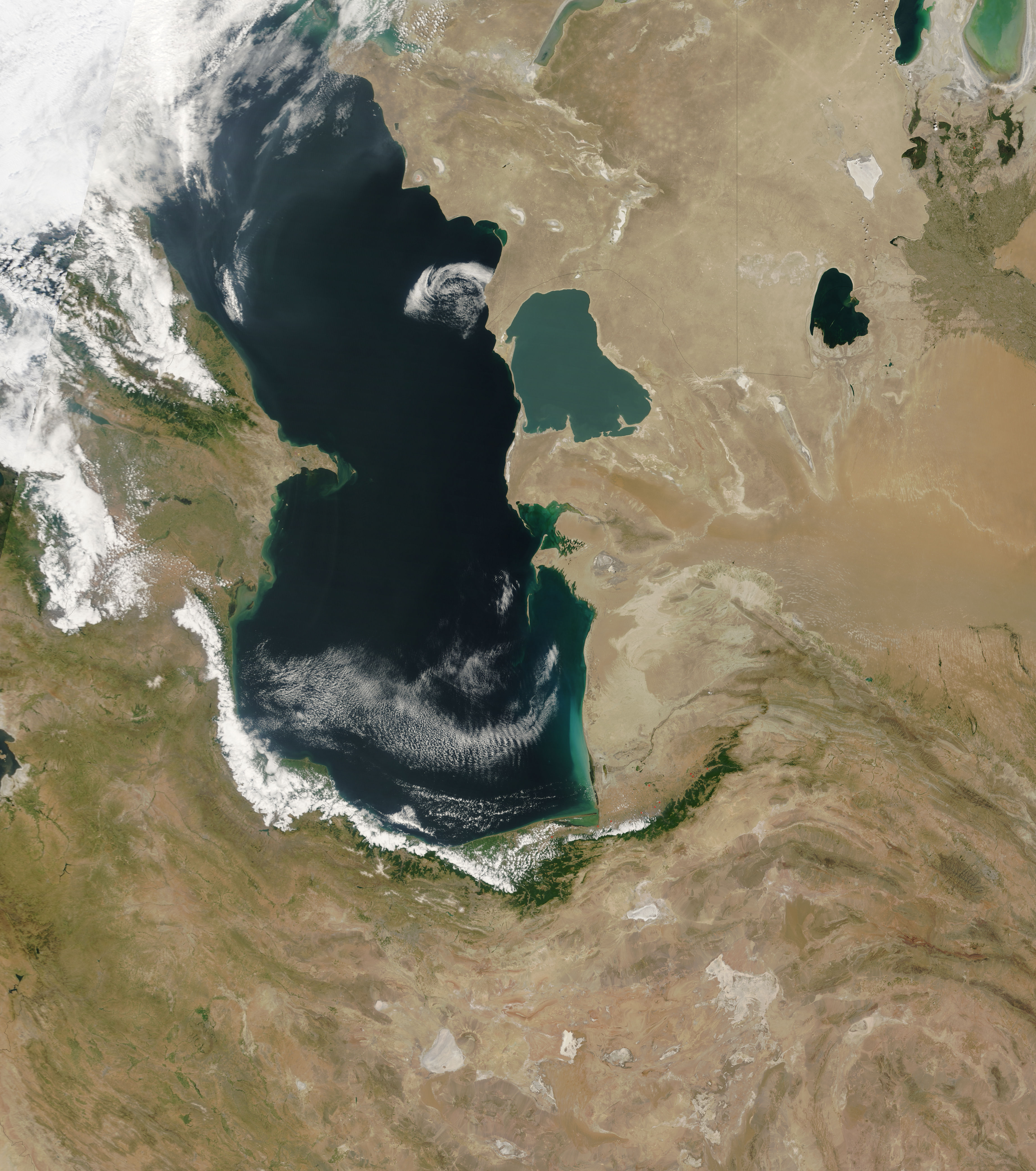 This MODIS Terra image, acquired June 12, 2006, shows the Garabogazkol (also known asthe Kara-Bogaz-Gol) - a shallow depression in the northwestern corner of Turkmenistan. Separated from the Caspian Sea by a thin sandbar, its water volume fluctuates seasonally. At times it becomes a large bay of the Caspian Sea, while at other times its water level drops drastically.