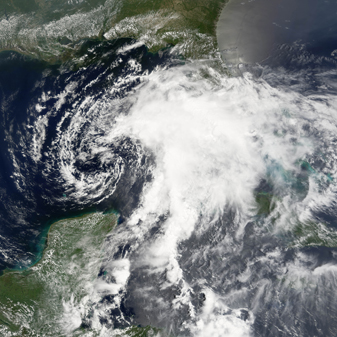 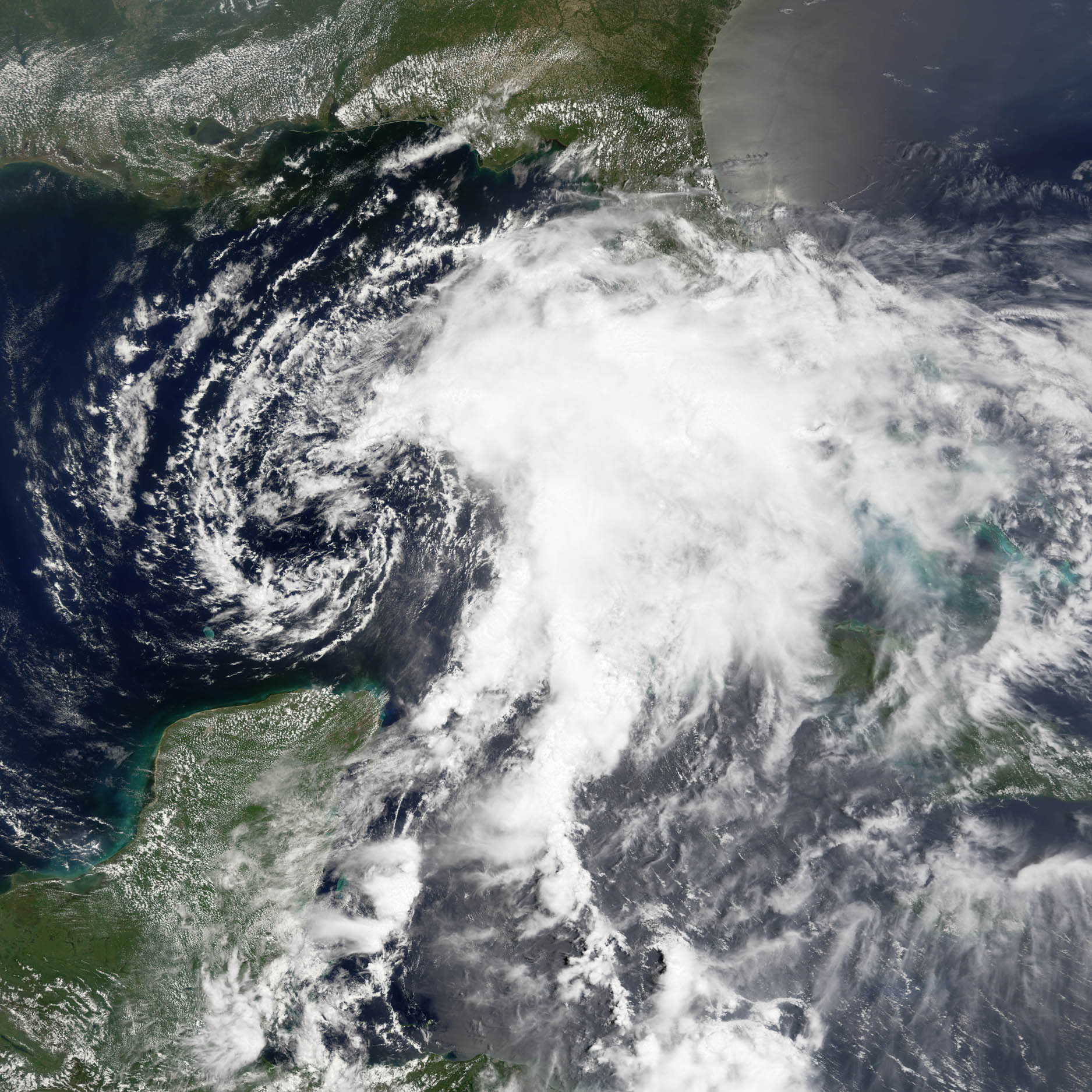 Tropical Storm Alberto formed as a tropical depression early in the morning on June 10, 2006, in the Yucatan Channel. This narrow gap of ocean lies between the western end of Cuba and the Yucatan Peninsula at the mouth of the Gulf of Mexico. Alberto gradually gathered strength as it took a slow track northward into the Gulf. By early morning on June 11, wind strength within the storm crossed the critical threshold of 39 knots (70 kilometers per hour; 45 miles per hour), the minimum wind speed necessary to become classified as a tropical storm and hence earn a name. Thus Alberto became the first named storm of the 2006 Atlantic hurricane season.