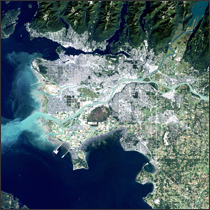 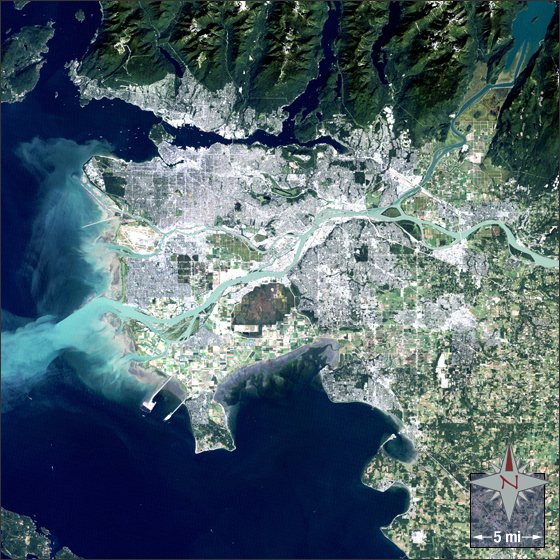 Vancouver grew from a settlement that had formed around a logging sawmill in western Canada in 1867. The city of Vancouver was formally incorporated in 1886 after it was announced that a railhead would reach the locale. Today, Vancouver is a coastal seaport city with an estimated population of over 640,000.

In this image Vancouver appears grey and white. Vegetation is green, water is blue and bare ground is tan.