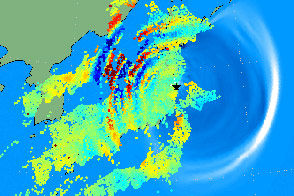 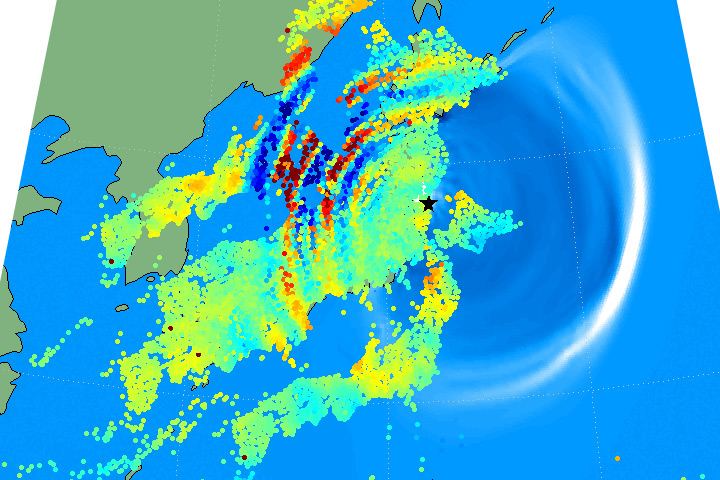 Quake and Tsunami Makes Waves in the Atmosphere

The 2011 earthquake and tsunami in Japan had so many potent effects, but one of the most unusual is the one it had on the upper atmosphere. The ripples moving through the landscape and the seascape created ripples in the ionosphere, a layer above 85 kilometers (50 miles) in altitude where molecules are broken into electrons and ions by the Sun’s radiation.

This image—a still-frame from an animation (linked here)—shows how waves of energy from the earthquake and tsunami propagated up to the edge of space and disturbed the density of the electrons in the ionosphere. The image is based on sophisticated modeling of the distortion of radio signals between Global Positioning System (GPS) satellites and ground receivers. The map shows changes in the Total Electron Content (TEC) in the ionosphere.