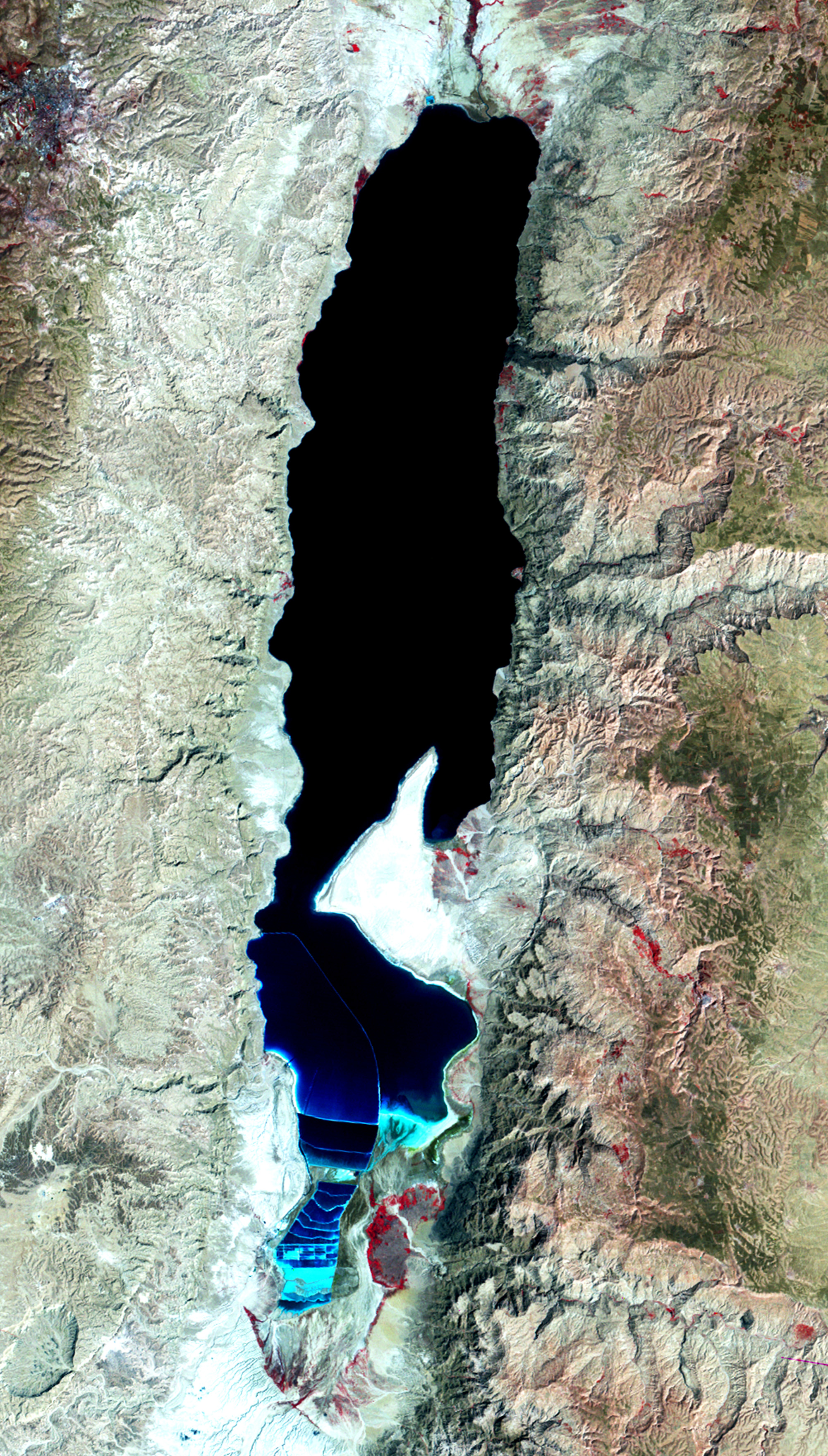 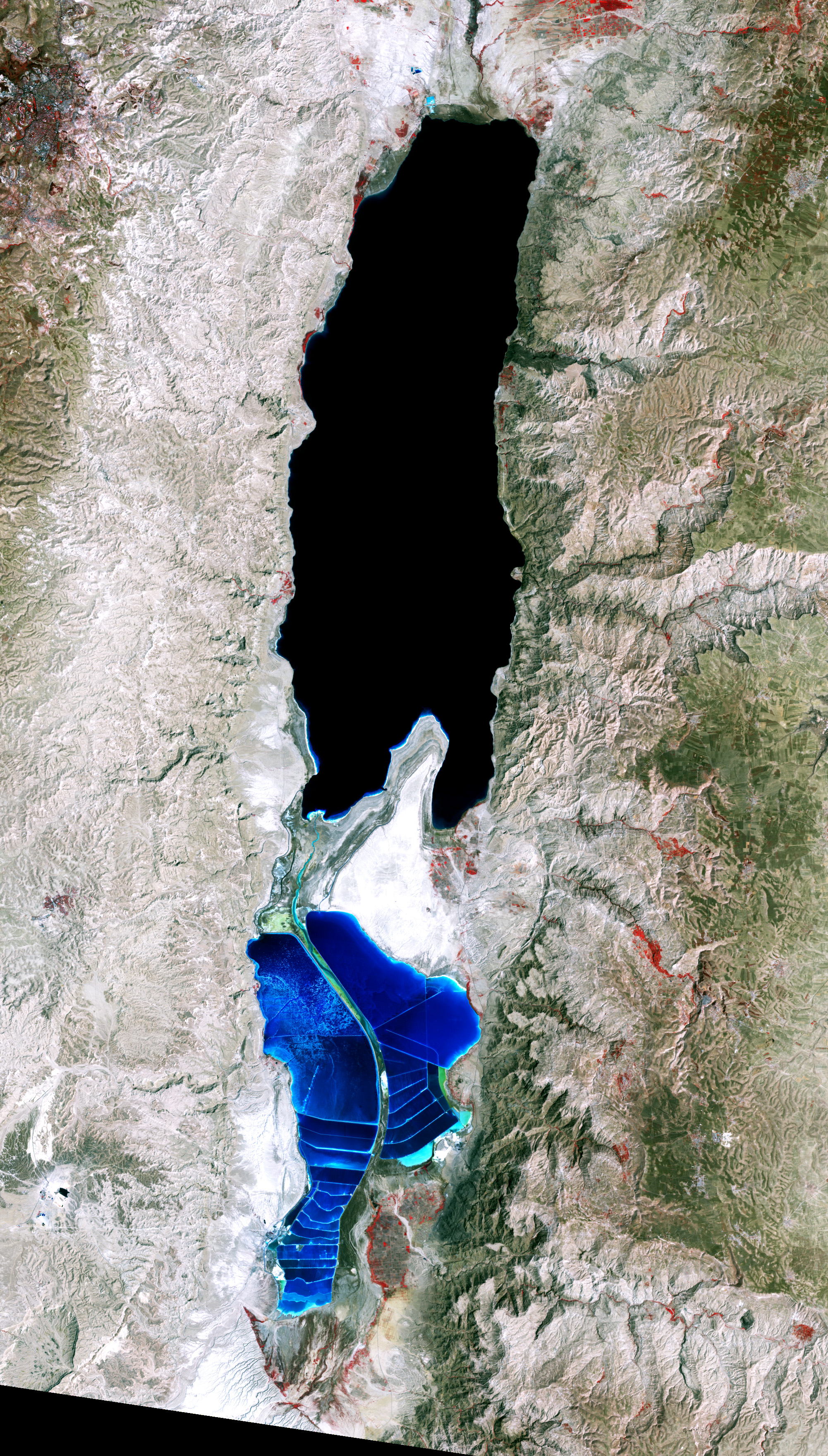 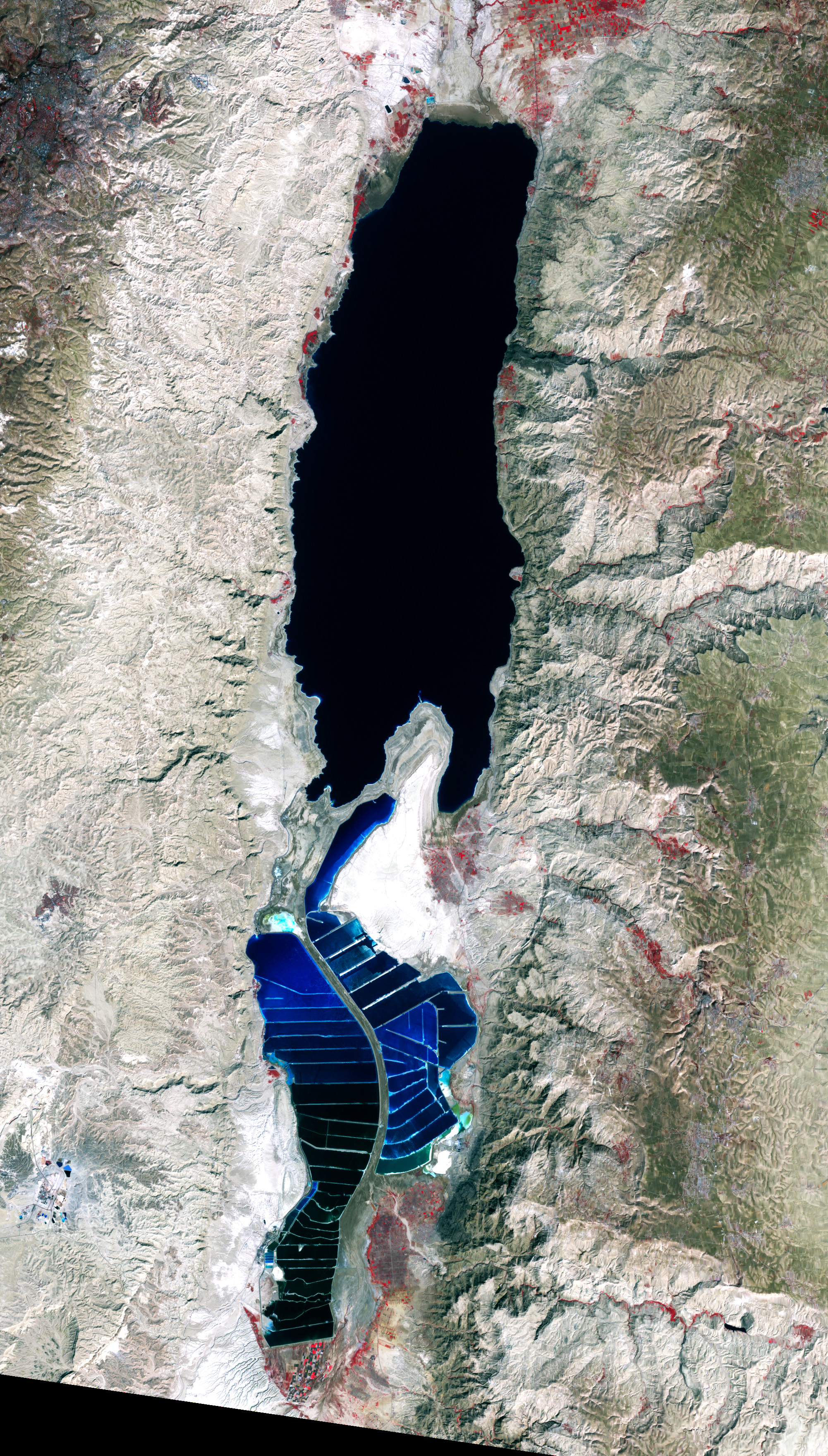 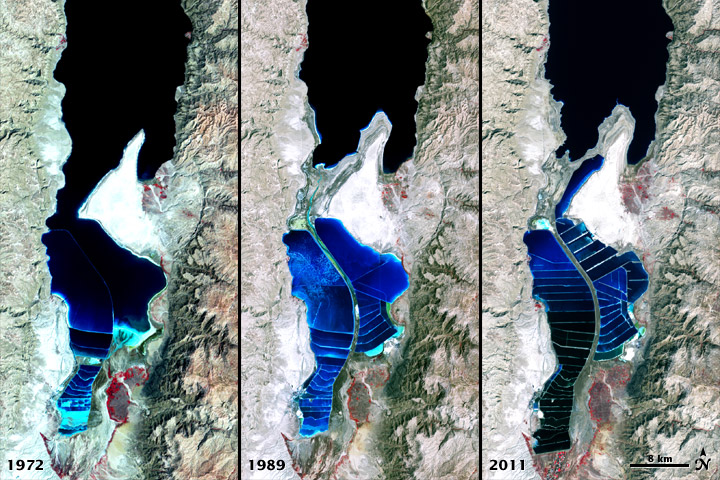 The lake between Israel and Jordan provides a bounty of salt and of history.

This image originally appeared in the NASA Earth Observatory story The Dead Sea.