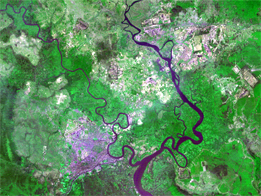 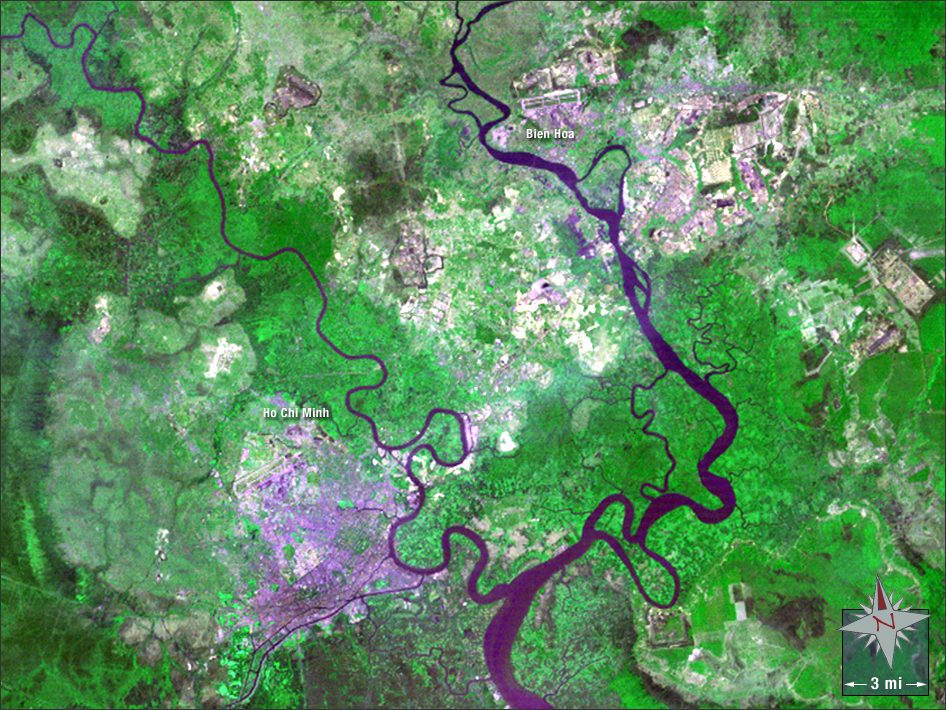 By the close of March 1973, all American combat soldiers have left South Vietnam, nearly 58,000 American soldiers lost their lives during this conflict. In this Landsat 1 image the embattled Saigon can be seen in the lower left. Saigon fell to the North Vietnamese on April 30, 1975 and was renamed Ho Chi Minh City in 1976. Here, vegetation appears green, urban areas appear purple, and rivers are dark blue.