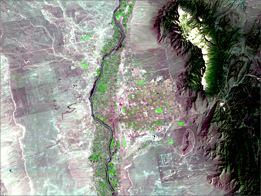 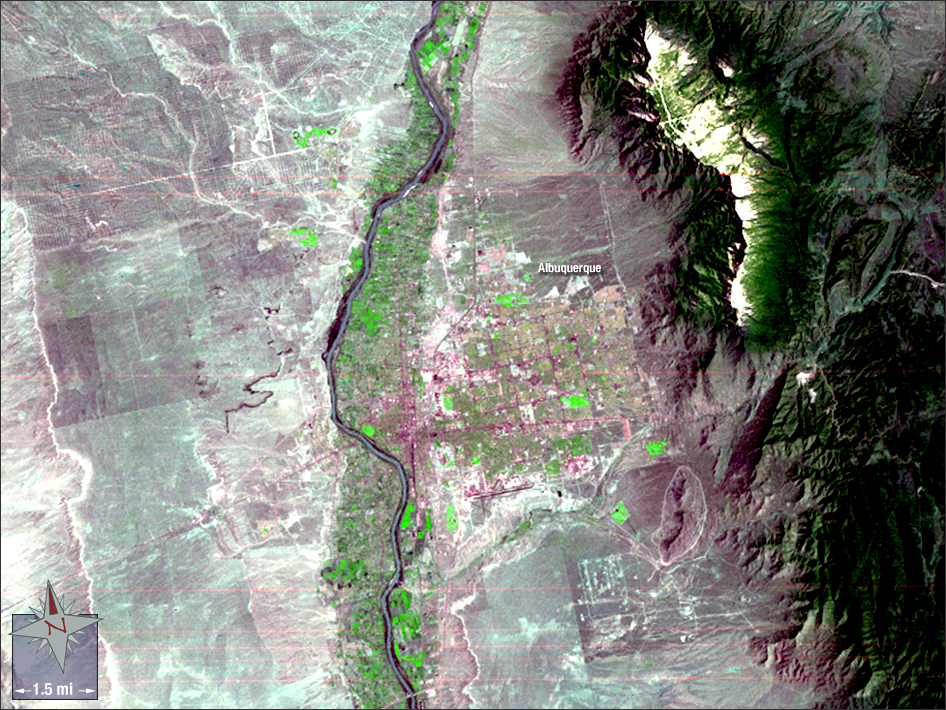 Microsoft Comes into Being

In 1975 Bill Gates founded Microsoft in Albuquerque, New Mexico. In this Landsat 1 image, the desert city appears pink and green. White snow can be seen on the northeastern slopes of the Sandia Mountains just east of the city. The Rio Grande River runs from north to south on the westernmost edge of the city.