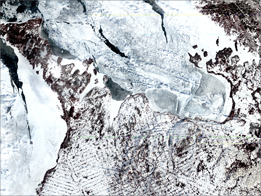 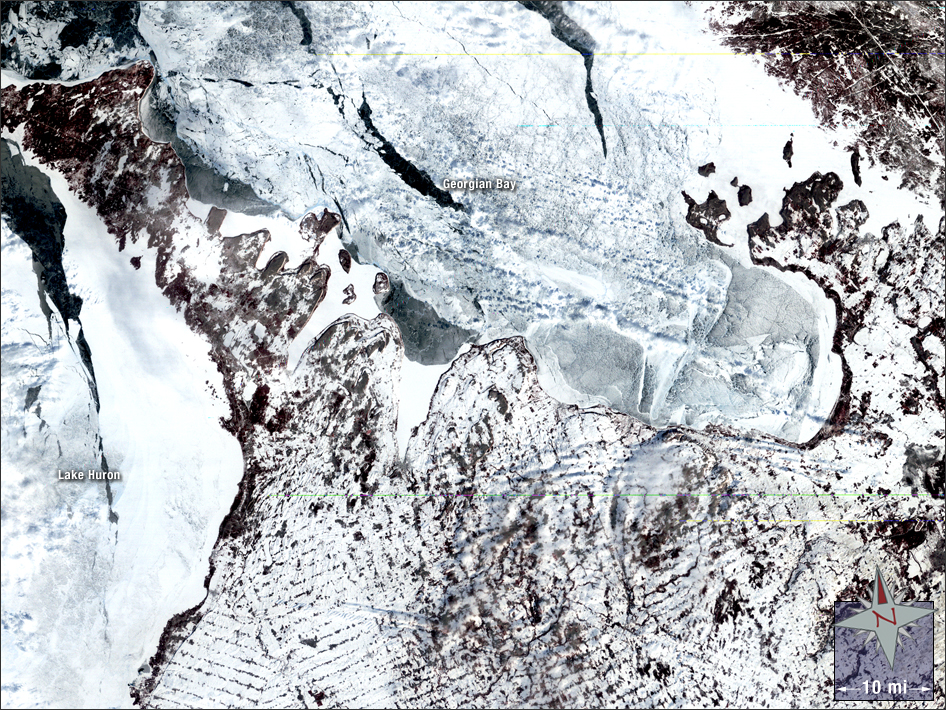 On January 28, 1977 a five-day blizzard brought freezing temperatures, low-visibility, wind gusts of up to 60 mph, and snowdrifts as high as 30 feet to a region extending from southern Ontario to Buffalo, New York. In this Landsat 2 image taken on February 6, 1977 nearly everything is blanketed by snow including Lake Huron and the Georgian Bay which were largely frozen over.