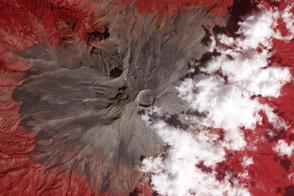 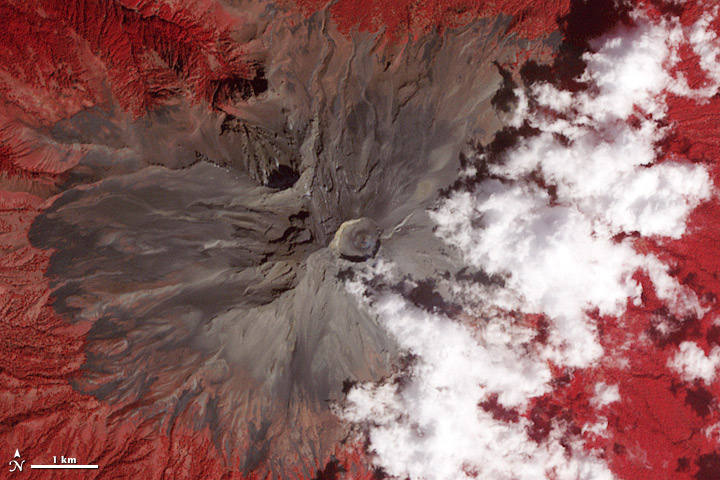 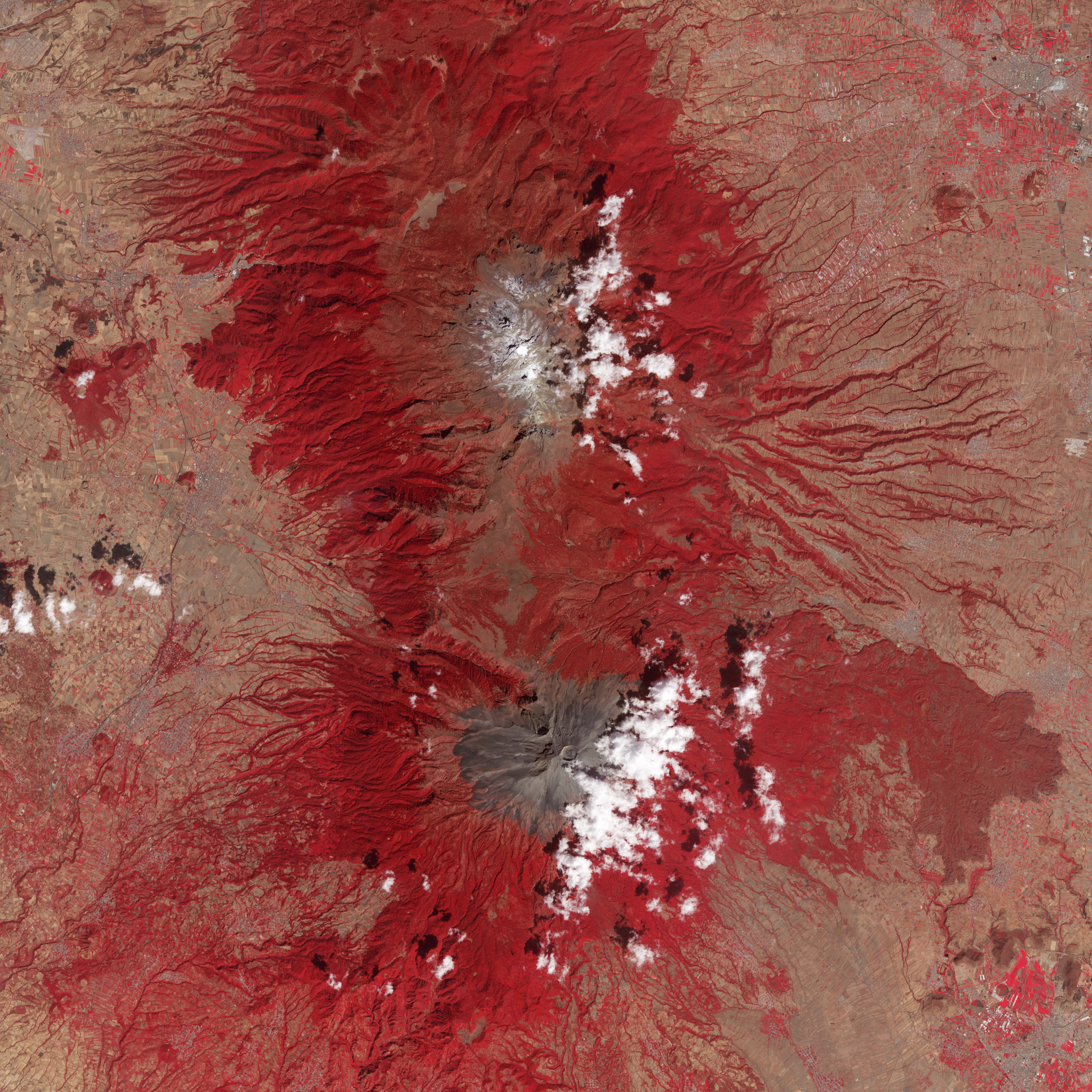 Popocatépetl, a volcano that looms on the Mexico City horizon, has been spitting small amounts of ash, steam, and volcanic gases for most of the 21st century. This satellite image shows the volcano’s summit in false-color (near-infrared, red, and green light). Bare rock is brown, vegetation is red, and clouds are white. A very faint volcanic plume is visible in the center of the summit crater. The image was collected on February 5, 2013 by the Advanced Spaceborne Thermal Emission and Reflection Radiometer (ASTER) on the Terra satellite.