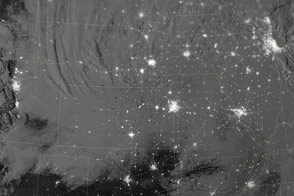 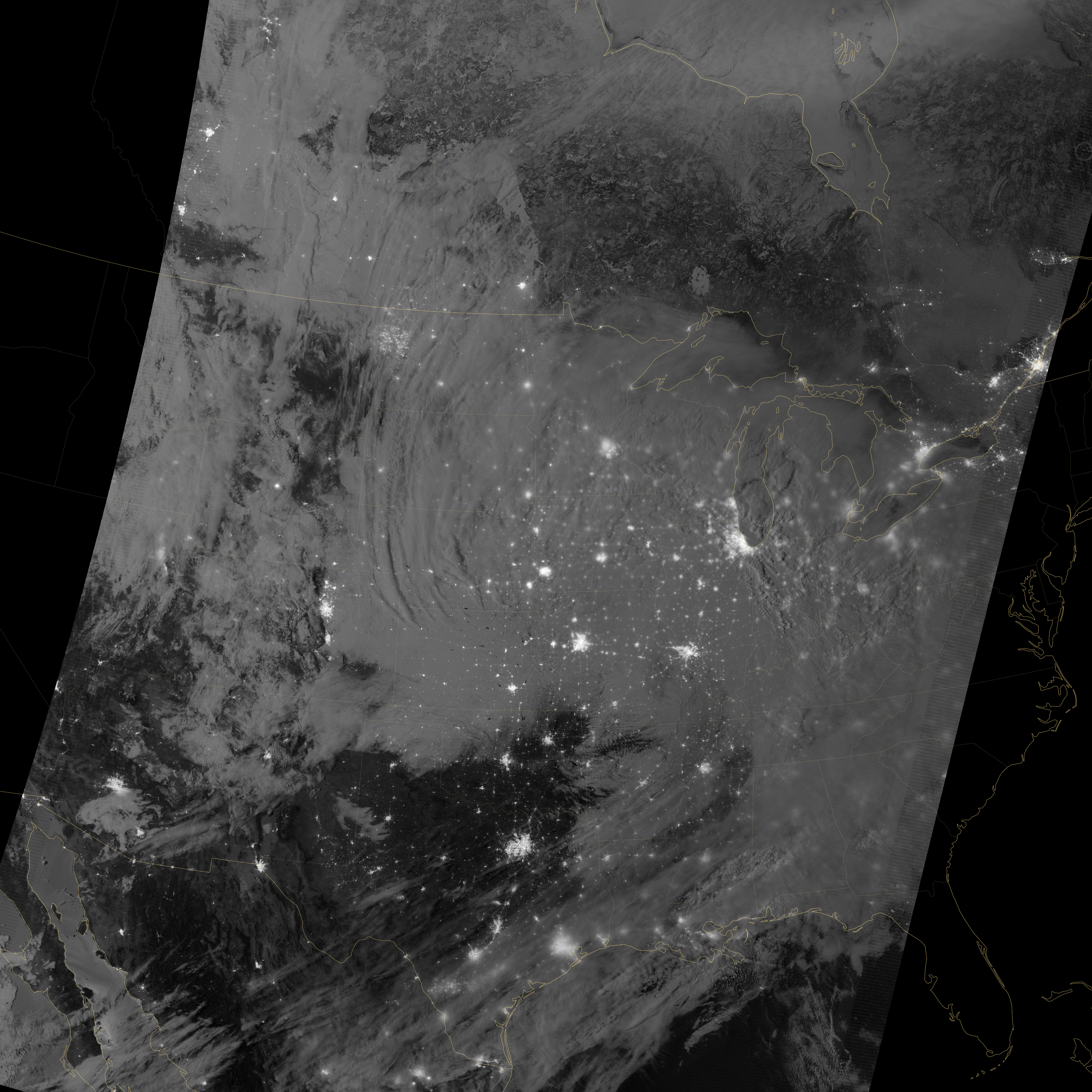 Nighttime View of Snow across the United States

In February 2013, a winter storm brought more than a foot of snow to many towns and cities across the central United States.

This image originally appeared in the NASA Earth Observatory story Nighttime View of Snow across the United States.

NASA Earth Observatory image by Jesse Allen and Robert Simmon, using VIIRS day-night band data from the Suomi National Polar-orbiting Partnership. Suomi NPP is the result of a partnership between NASA, the National Oceanic and Atmospheric Administration, and the Department of Defense. Caption by Adam Voiland.