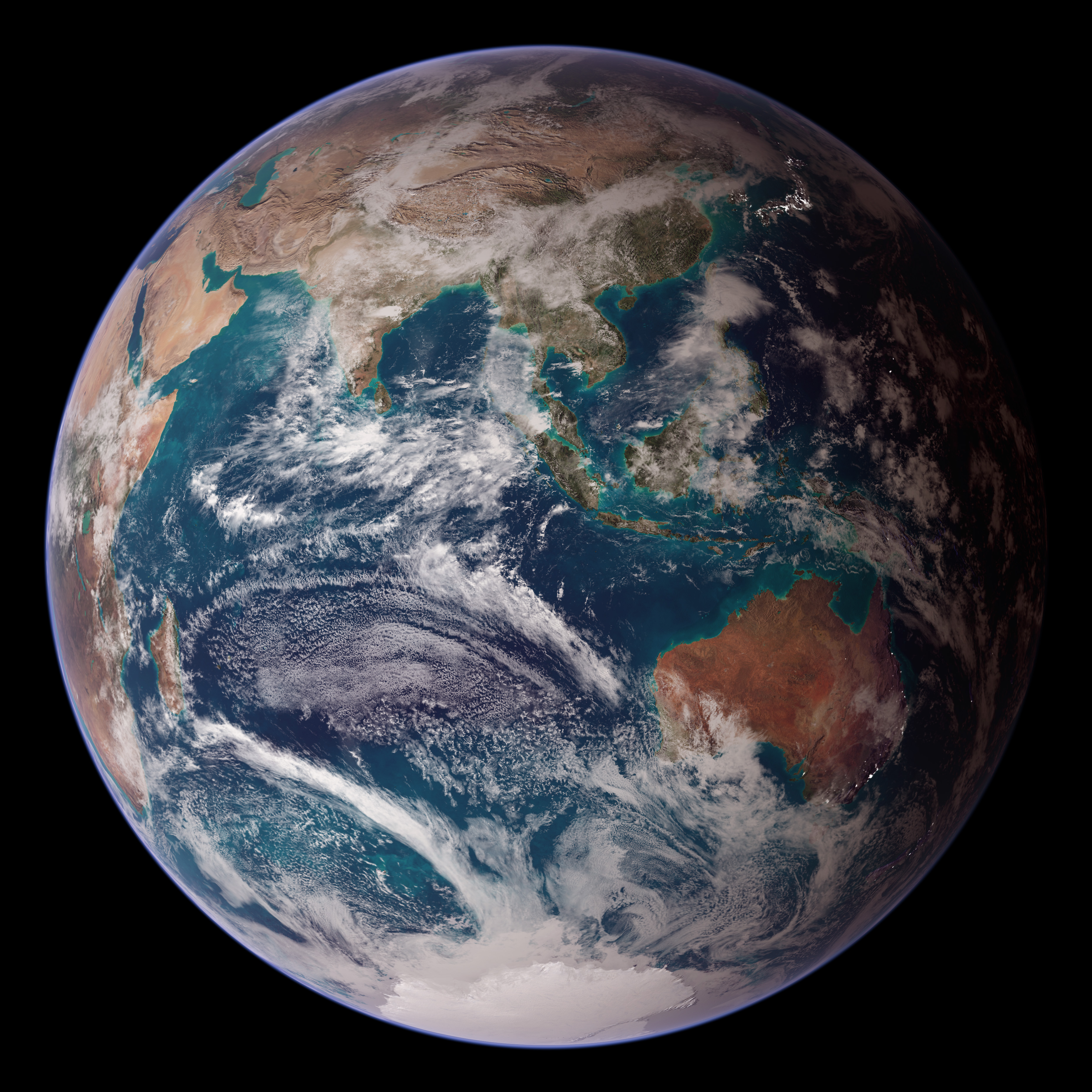 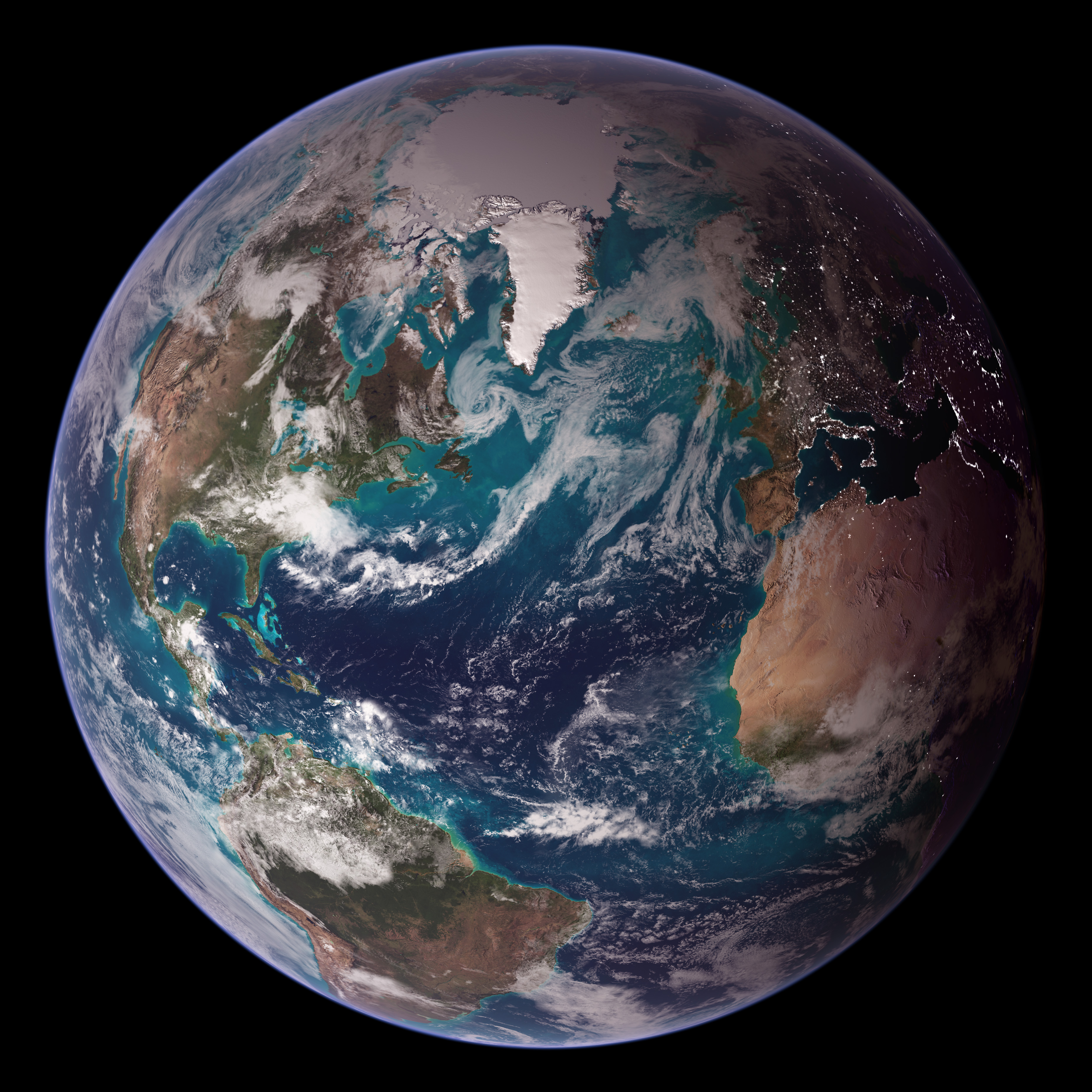 This view of Earth from space is a fusion of science and art, drawing on data from multiple satellite missions and the talents of NASA scientists and graphic artists.

NASA images by Reto Stöckli, based on data from NASA and NOAA.