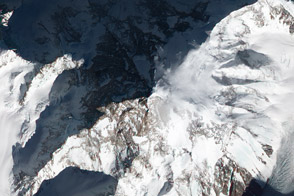 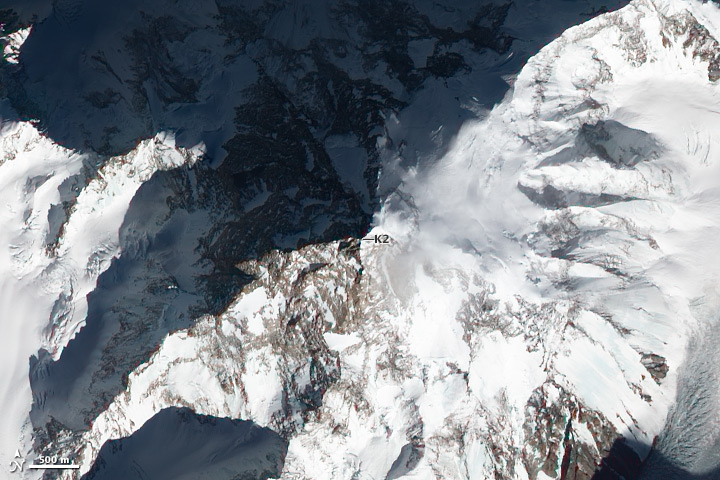 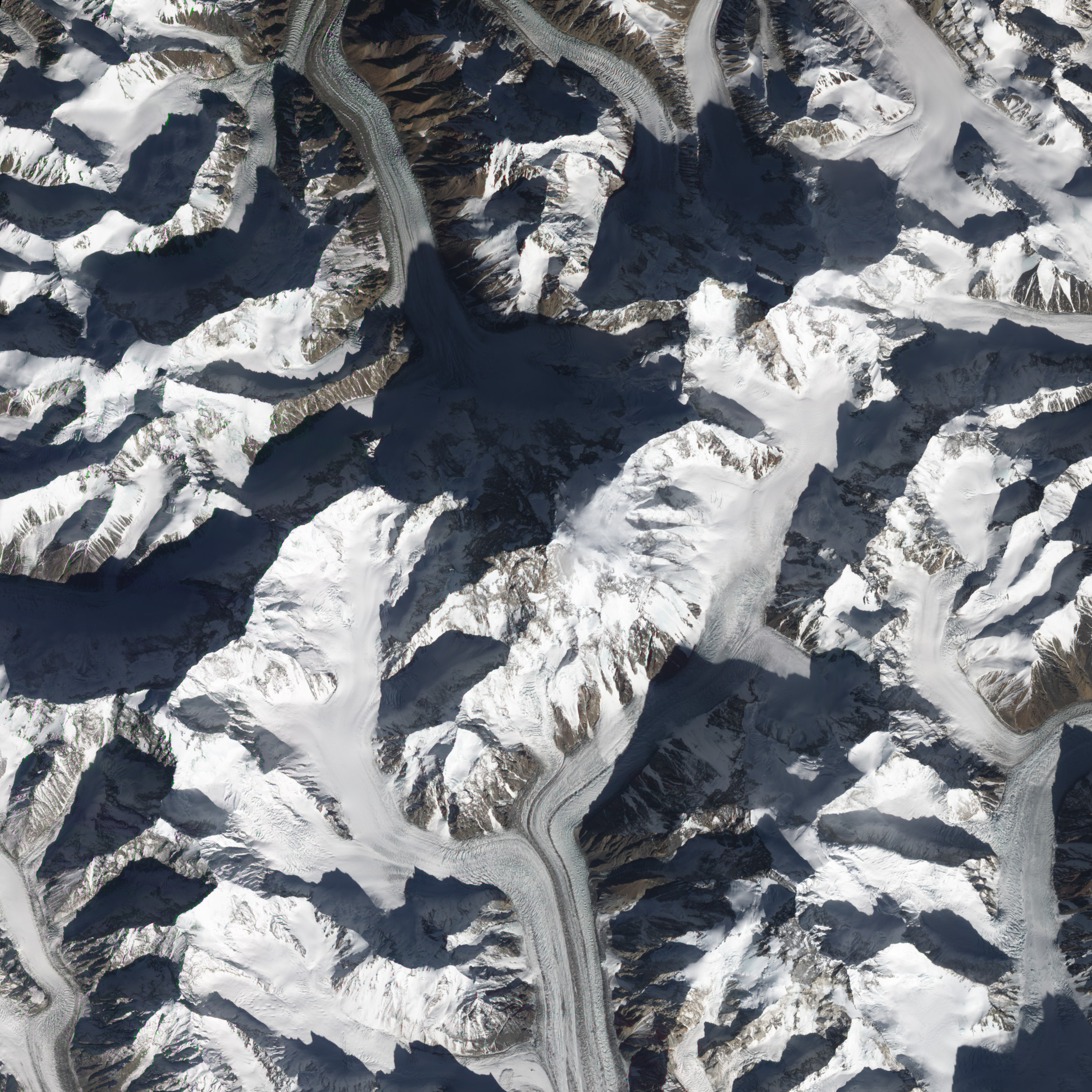 Located on the border of Pakistan and China, K2 is the jewel of the Karakoram Range. The tallest mountain in the Karakoram and the second tallest in the world, K2 is just a few hundred meters shorter than Mount Everest.

K2’s unusual name originated with a 19th century surveying project led by George Everest—the Great Trigonometrical Survey—that mapped and measured many of the highest peaks. Surveyors simply catalogued the peaks by number, giving each the prefix K for Karakoram followed by the number peak it was. K2 was the second mountain they came across. What the surveyors called K1, another peak in the area, was later changed to Masherbrum, the name used by local people. In the case of K2, there was no widely used local name, so the alphanumeric name stuck.

K2’s modern nickname is “Savage Mountain” because of the extreme risks it poses to climbers—frequent avalanches and harsh weather. The Italian Duke of Abruzzi led an expedition up the southeast face in 1909 but gave up at about 6,250 meters (20,505 feet), believing it was not possible to climb K2. After many other failures, another Italian team eventually succeeded, following a route up southeastern ridge on the southwestern face in 1954.

There had been 306 successful ascents of K2 as of March 2012, the third fewest of the 8K peaks. Eighty-one people had died trying to climb the mountain—a fatality rate of about 29 percent, the second highest of the eight-thousanders.