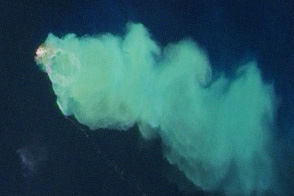 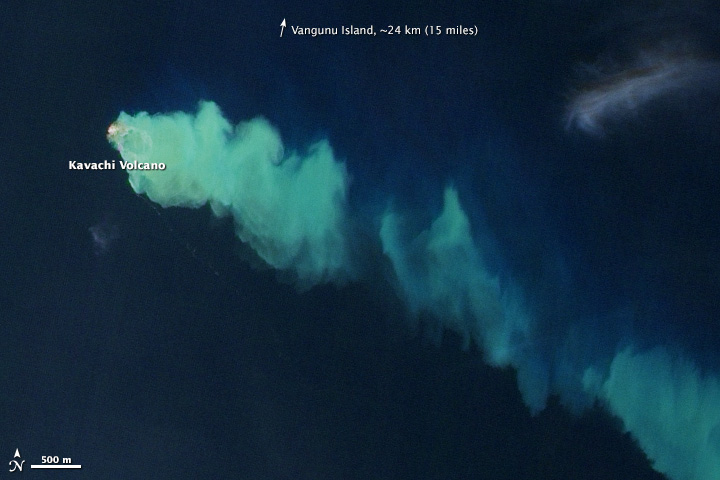 Evidence of an Underwater Eruption at Kavachi

Kavachi is an undersea volcano on the southern edge of the Solomon Islands in the western Pacific Ocean. It erupted dozens of times in the 20th century, often breaking the water surface, only to be eroded back below the water line within a few months.

On January 29, 2014, the Advanced Land Imager (ALI) on the Earth Observing-1 (EO-1) satellite captured what could be the start of a new cycle of island life and death. Aquamarine water extends eastward from the submerged volcano; the color is likely from dissolved volcanic gases and lava fragments suspended in the water. Directly above the undersea peak, a bright patch is suggestive of vigorously churning water—but there is no sign that the eruption has broken the surface.