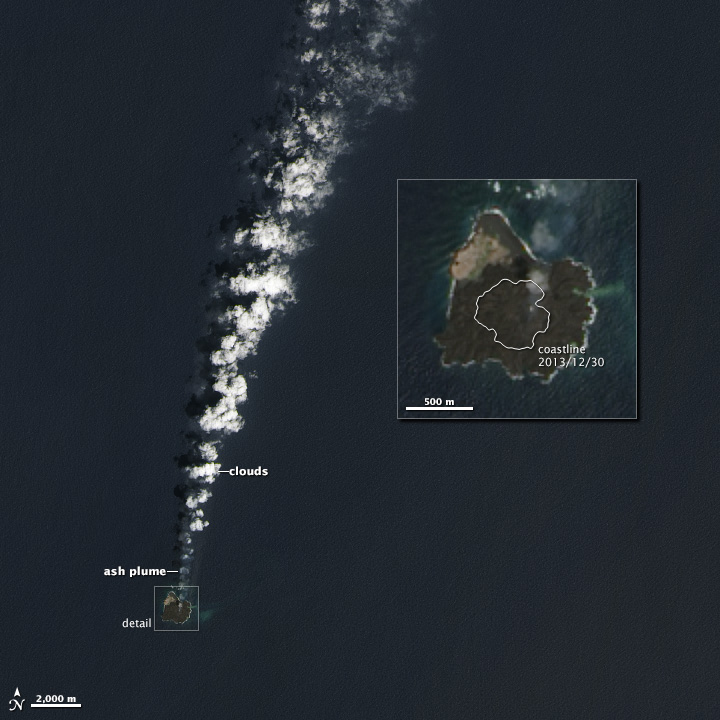 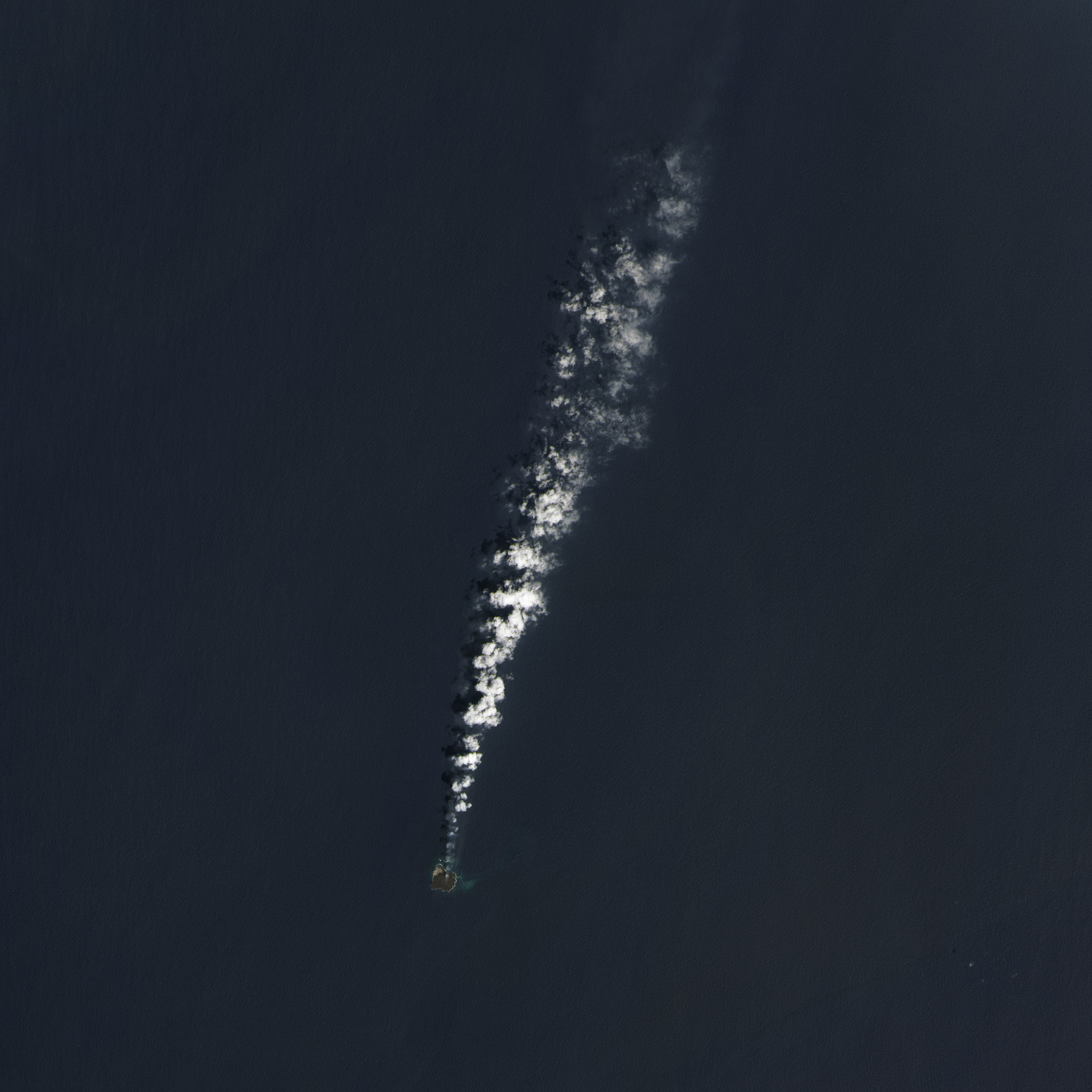 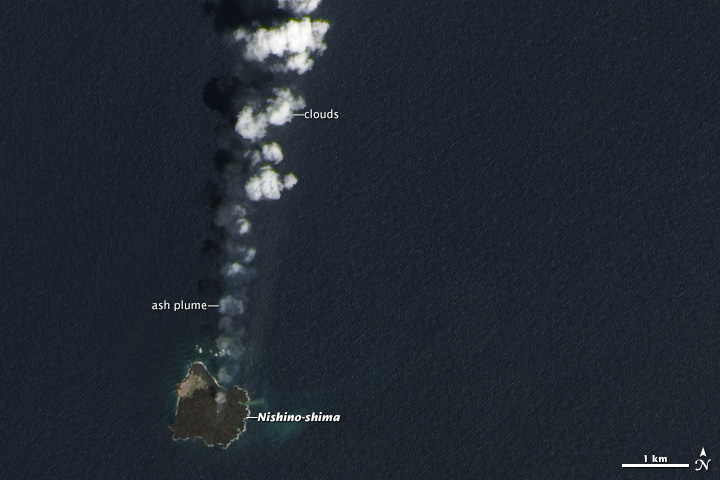 In the western Pacific Ocean, a new volcanic island that formed in the shadow of Nishino-shima has merged with it. The island has doubled in size as the eruption continues.