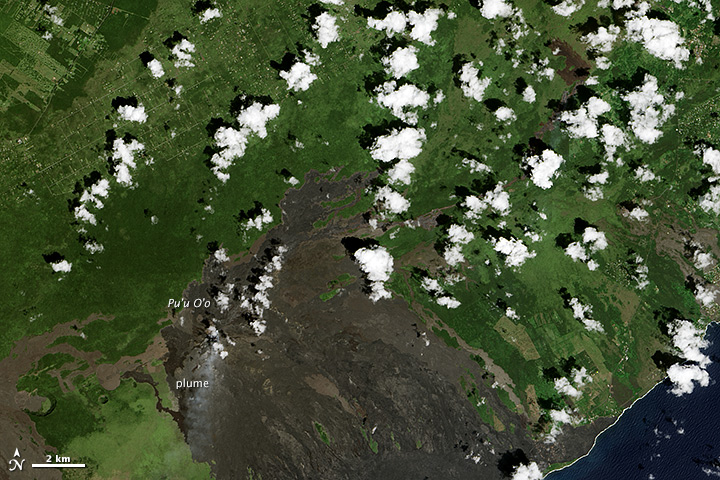 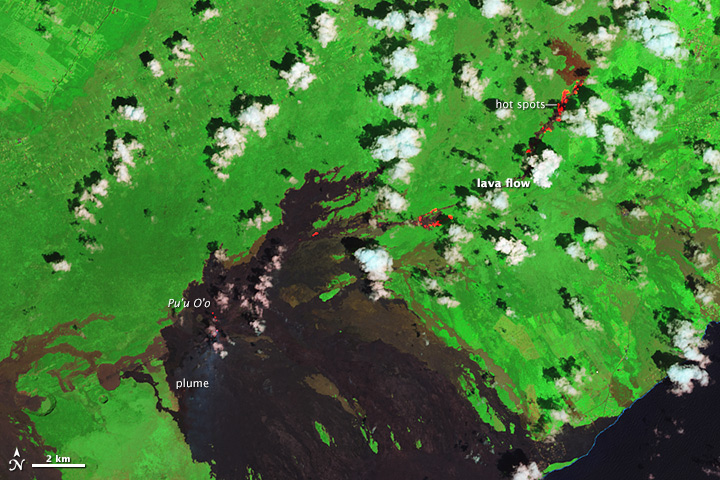 Landsat 8 captured these images of lava moving through forests in Hawaii on September 24, 2014.