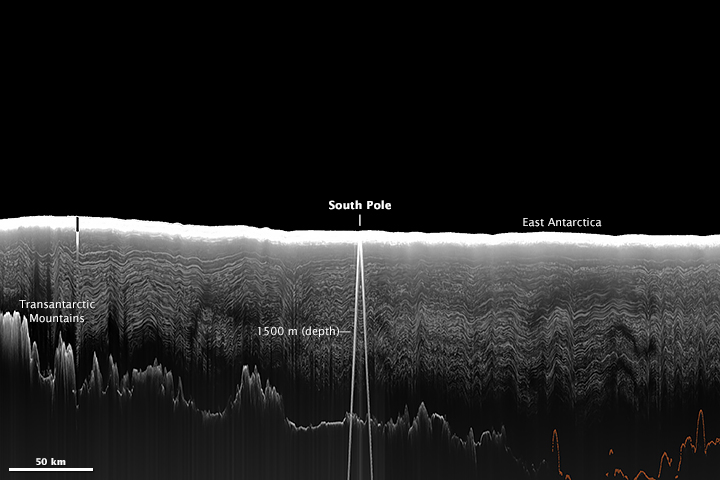 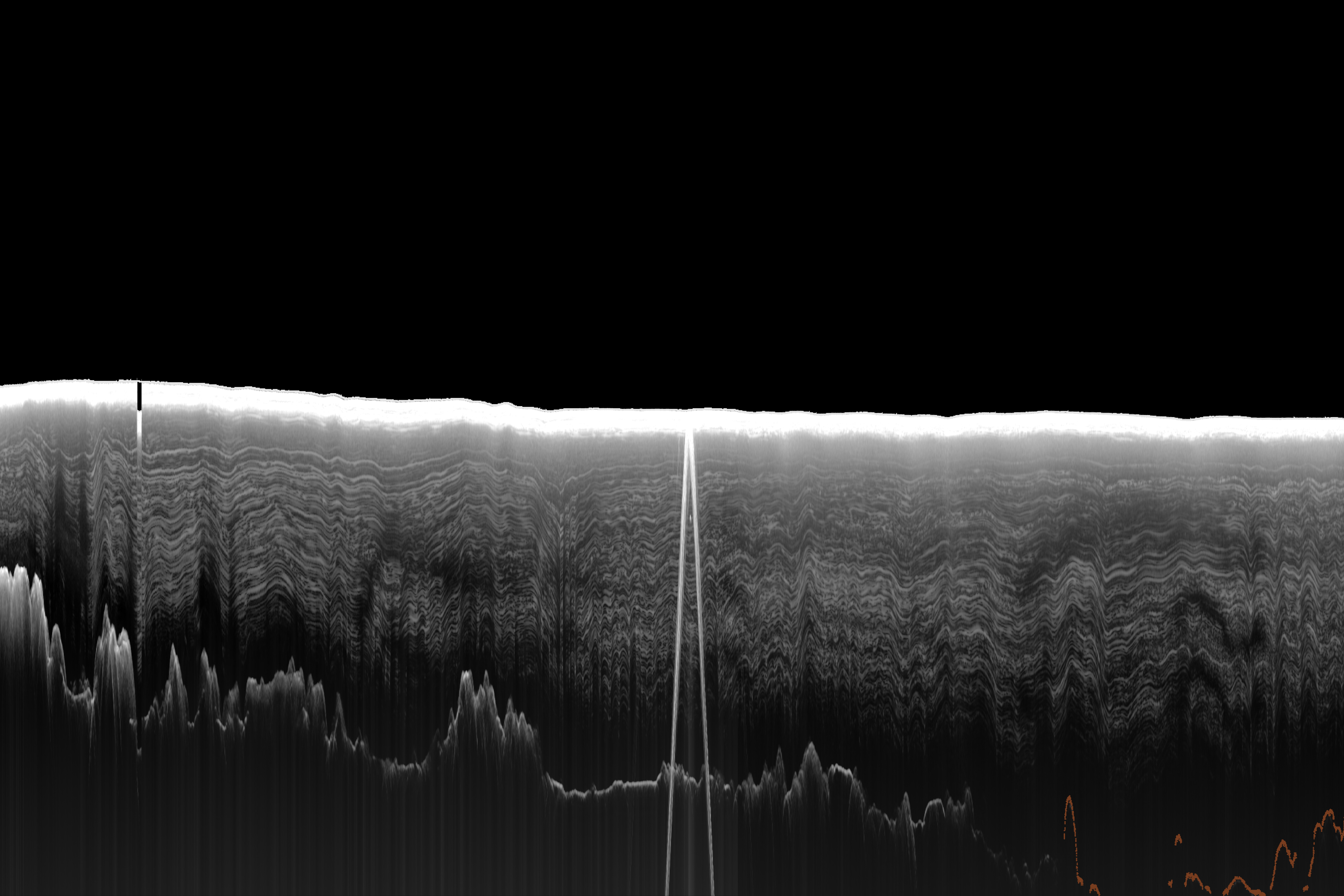 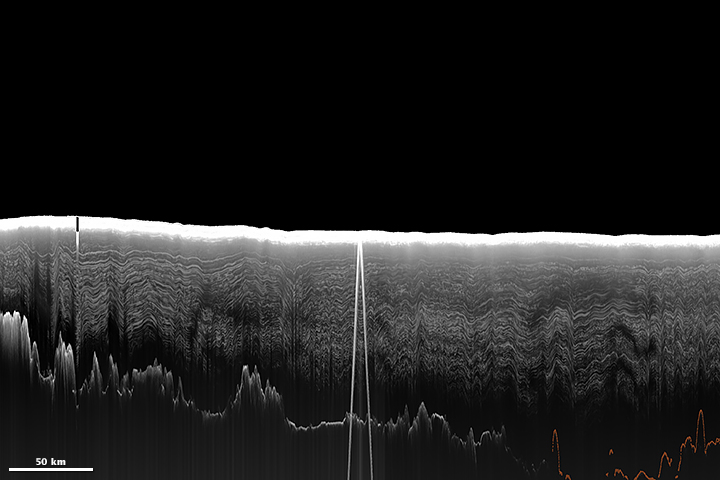 The history of the South Pole's atmosphere is locked up in layers of ice.

This image originally appeared in the NASA Earth Observatory story What Lies Below.

Images courtesy of Don Blankenship and Marie Cavitte, University of Texas Institute for Geophysics (UTIG), based on work funded by the National Science Foundation. Caption by Kathryn Hansen.