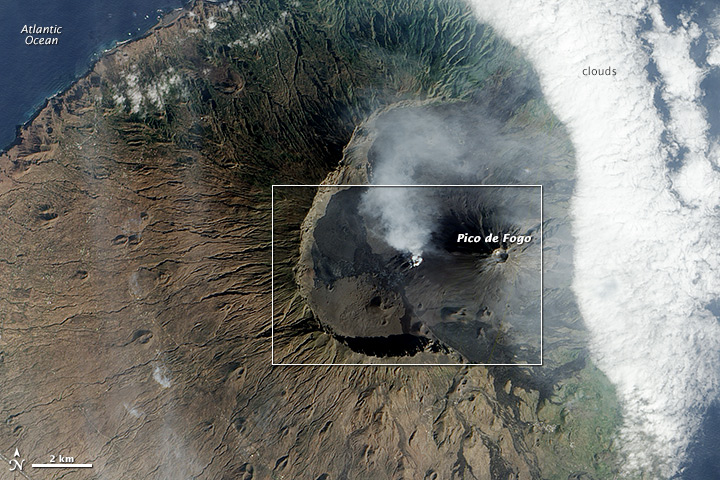 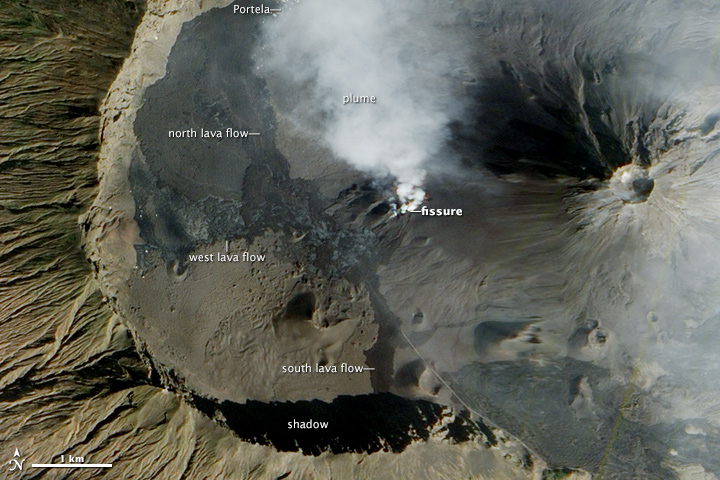 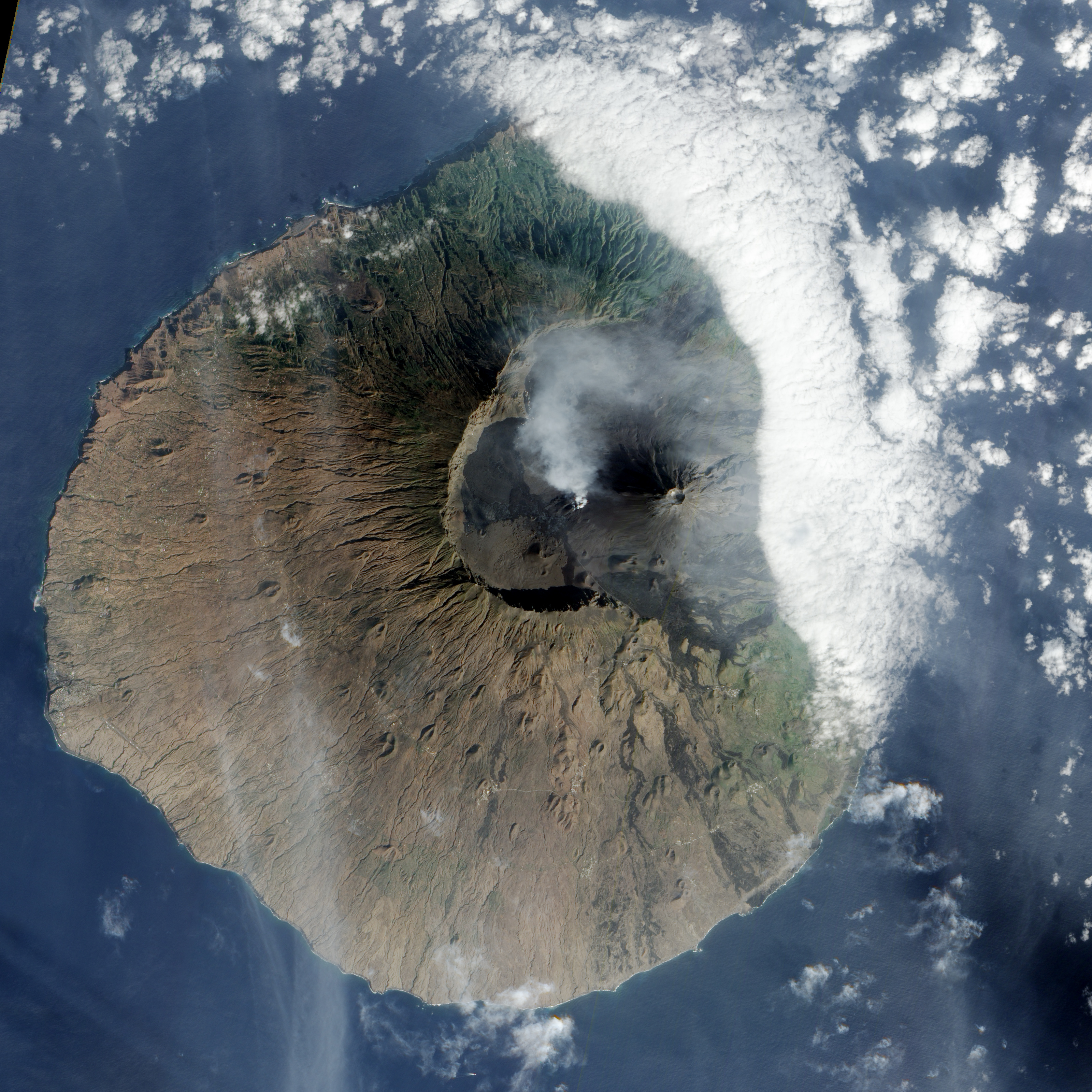 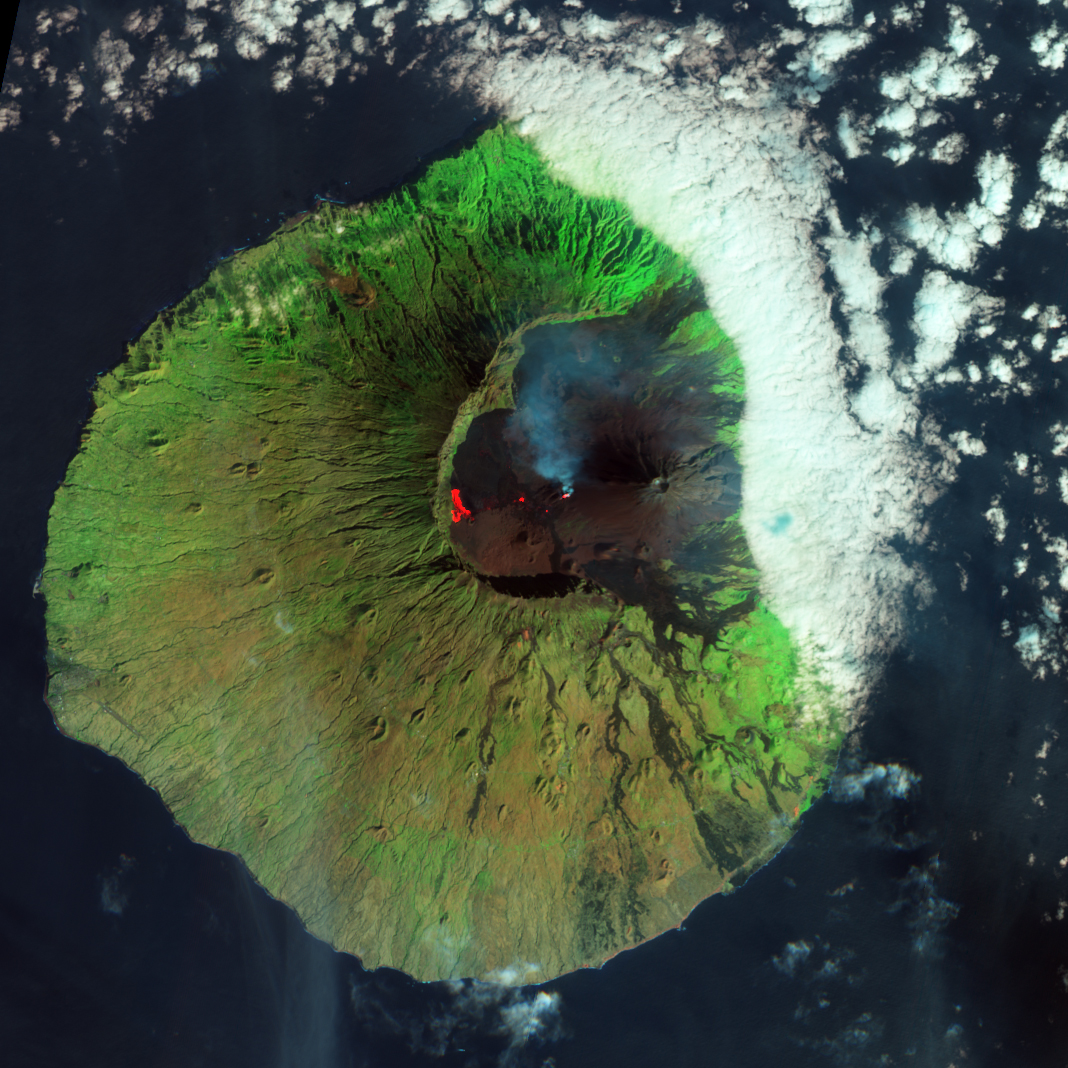 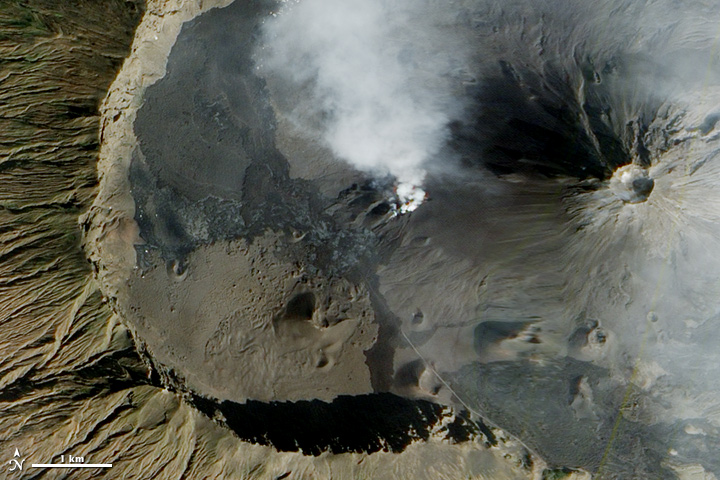 Hundreds of people were forced to flee their homes as lava headed for settlements within Fogo’s caldera.

This image originally appeared in the NASA Earth Observatory story Eruption at Fogo.