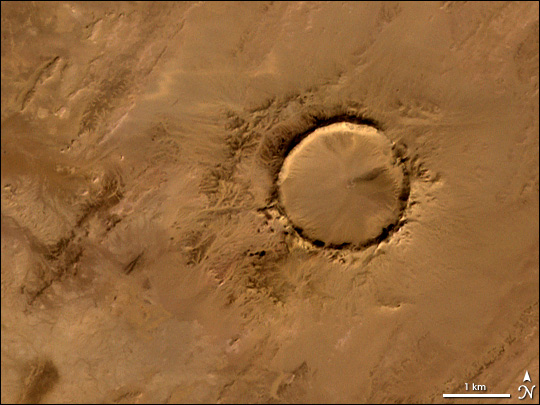 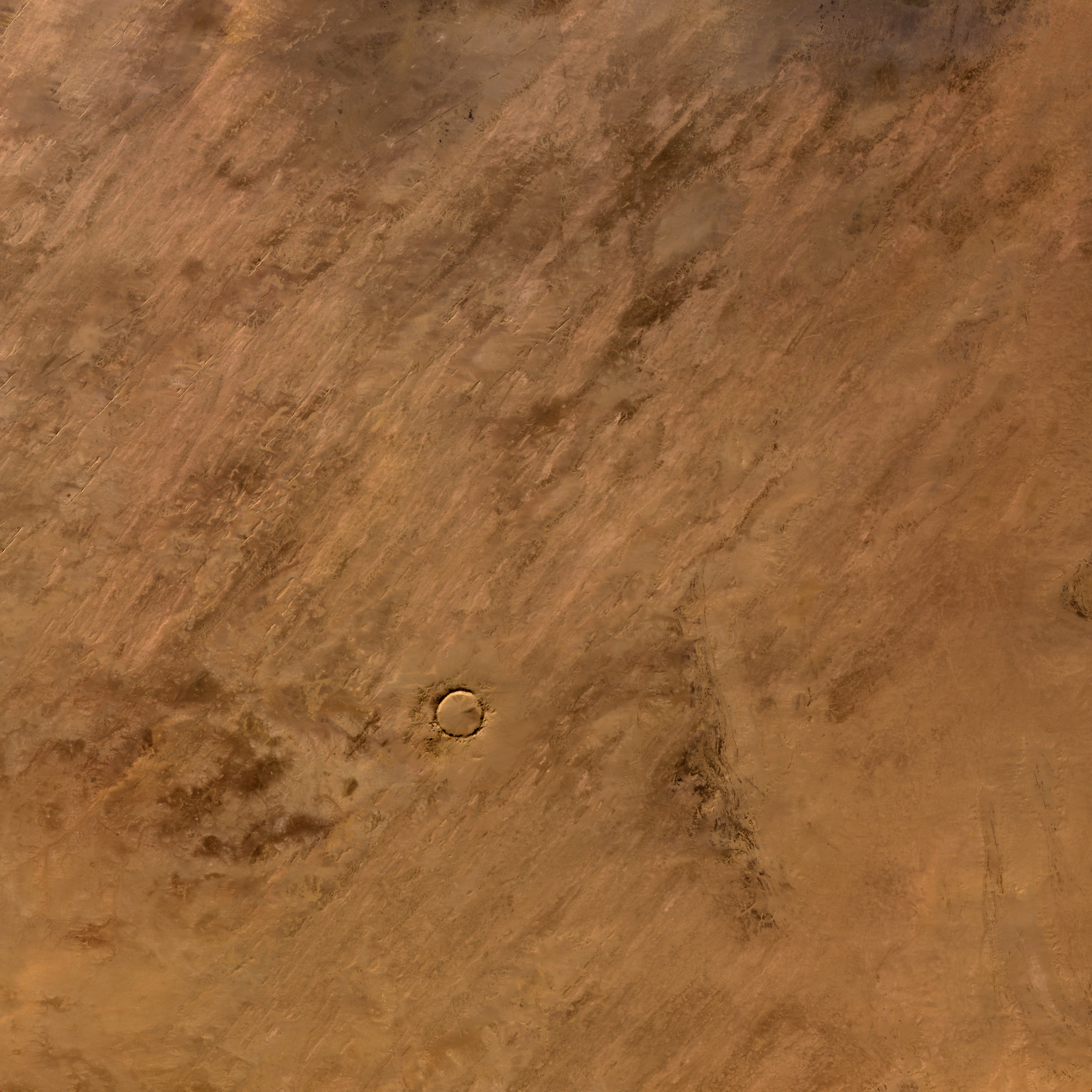 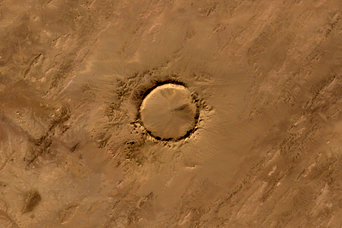 Deep in the Sahara Desert lies a crater. Nearly a perfect circle, it is 1.9 kilometers (1.2 miles) wide, and sports a rim 100 meters (330 feet) high. Modern geologists long debated what caused this crater, some of them favoring a volcano. But closer examination of the structure revealed that the crater’s hardened “lava” was actually rock that had melted from a meteorite impact.