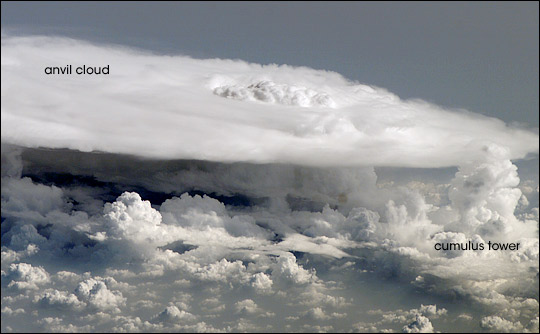 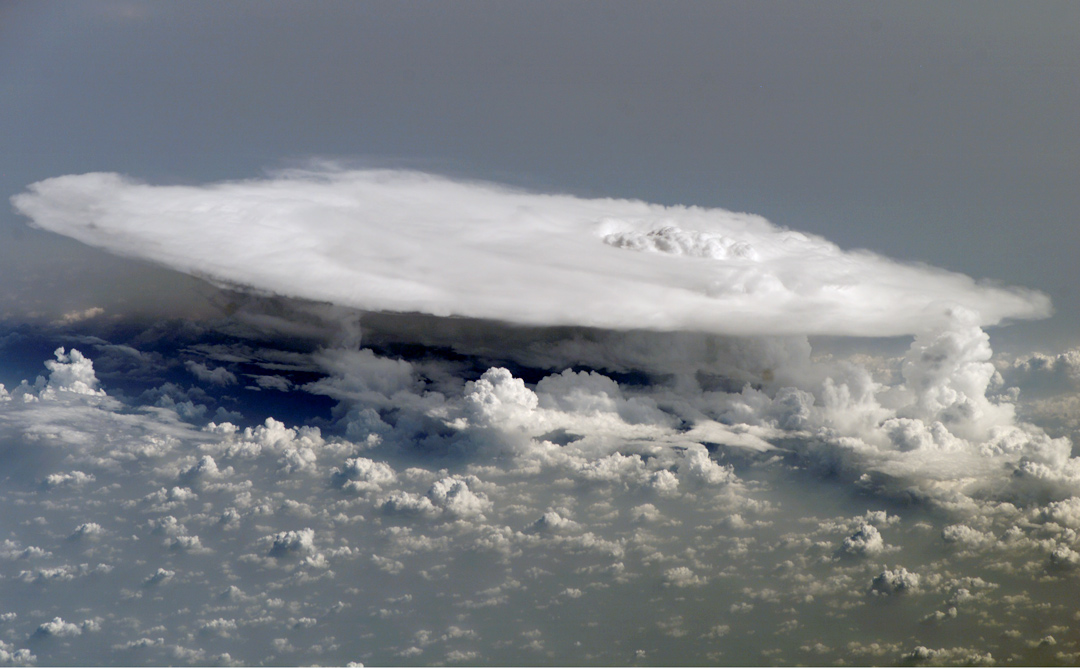 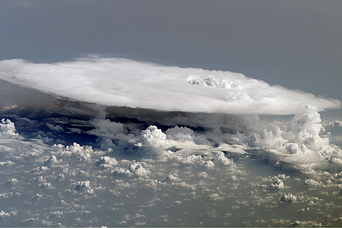 Perhaps the most impressive of cloud formations, cumulonimbus (from the Latin for “pile” and “rain cloud”) clouds form due to vigorous convection (rising and overturning) of warm, moist, and unstable air. Surface air is warmed by the sun-heated ground surface and rises; if sufficient atmospheric moisture is present, water droplets will condense as the air mass encounters cooler air at higher altitudes. The air mass itself also expands and cools as it rises due to decreasing atmospheric pressure, a process known as adiabatic cooling. This type of convection is common in tropical latitudes year-round and during the summer season at higher latitudes.

Astronaut photograph ISS016-E-27426 was acquired on February 5, 2008, with a Kodak 760C digital camera fitted with an 400 mm lens, and is provided by the ISS Crew Earth Observations experiment. The images were taken by the Expedition 16 crew, and are provided by the Image Science & Analysis Laboratory, Johnson Space Center. The images in this article have been cropped and enhanced to improve contrast. Lens artifacts have been removed. The International Space Station Program supports the laboratory to help astronauts take pictures of Earth that will be of the greatest value to scientists and the public, and to make those images freely available on the Internet. Additional images taken by astronauts and cosmonauts can be viewed at the NASA/JSC Gateway to Astronaut Photography of Earth. Caption by William L. Stefanov, NASA-JSC.