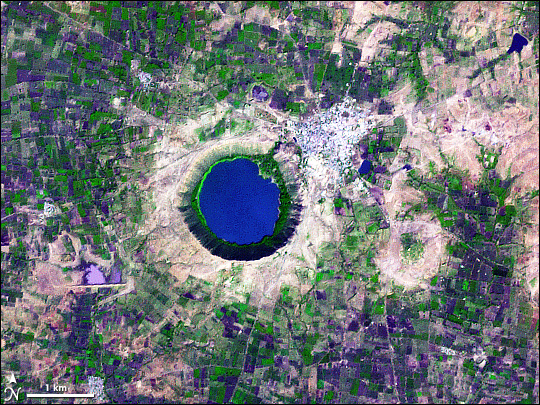 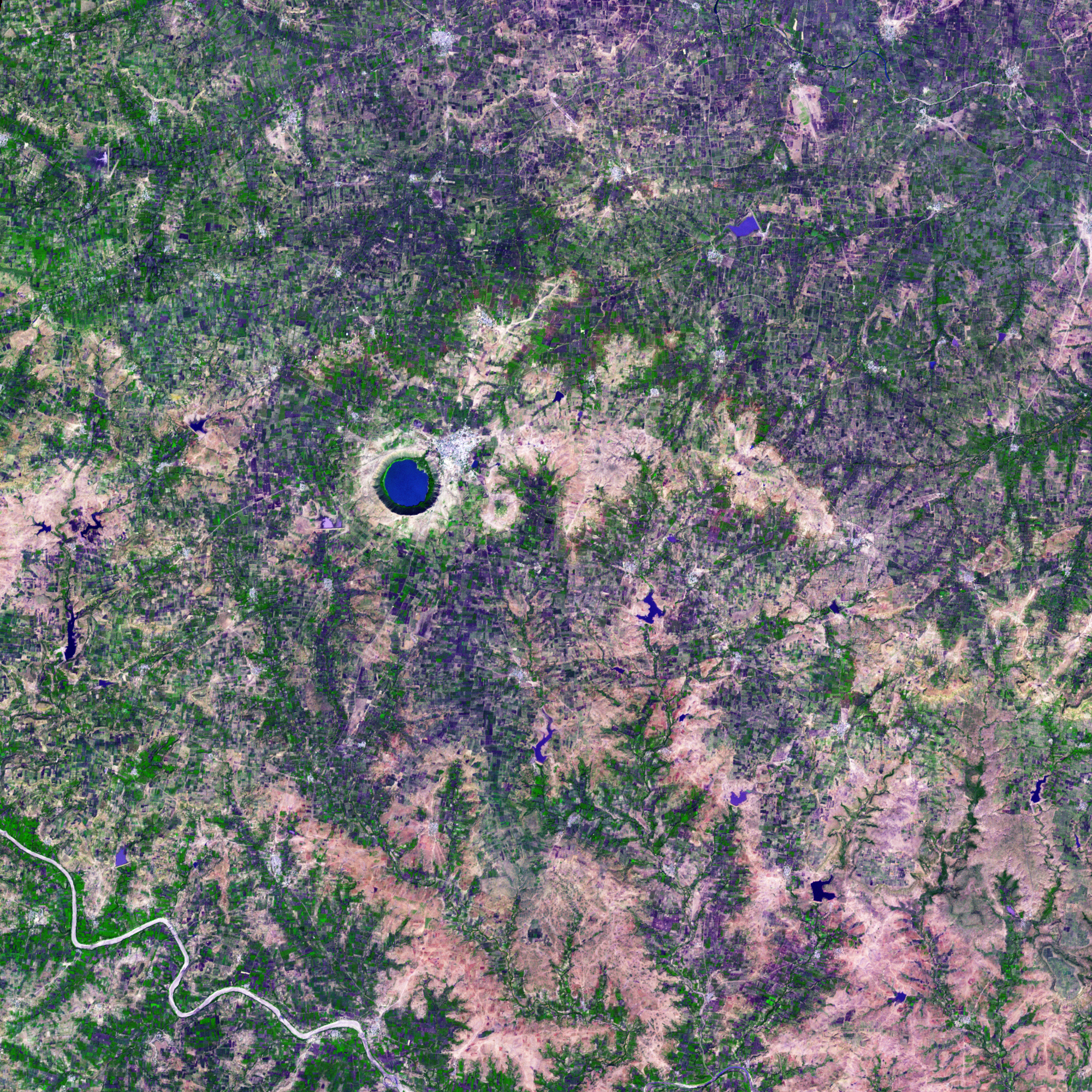 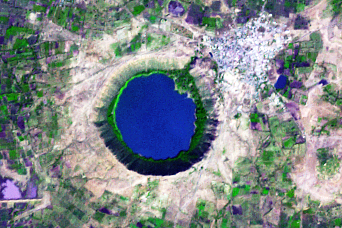 India’s Lonar Crater began causing confusion soon after it was identified. Lonar Crater sits inside the Deccan Plateau—a massive plain of volcanic basalt rock leftover from eruptions some 65 million years ago. Its location in this basalt field suggested to some geologists that it was a volcanic crater. Today, however, Lonar Crater is understood to result from a meteorite impact that occurred between 35,000 and 50,000 years ago.